Catching up with in-demand Elise Landry before she vacates the area, plus the week’s restaurant news 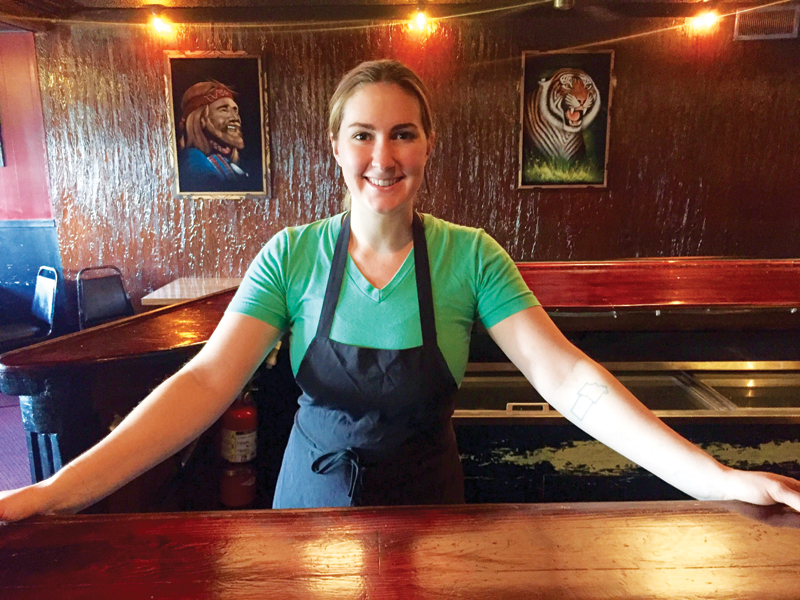 Elise Landry is one of Kansas City’s busiest and most sought-after culinary talents. After stepping down from the sous chef position under Howard Hanna at Ça Va last year, she accepted a job as pastry assistant at Bluestem. Yet one full-time gig wasn’t quite enough. Landry in the past two months has accepted not one but two additional positions: as a pastry chef at Sasha’s Baking Company (105 West Ninth Street), and as guest chef at Lucky Boys (1615 Genessee, in the West Bottoms) on Monday nights. At the latter, she and her boyfriend, artist and bartender Adam Wagner, host blue plate–style special dinners featuring anything Landry feels like making for the night: Recent menus have included coq au vin, meatloaf and rustic lasagna.

If you’re curious to try her food, don’t wait. In May, she and Wagner intend to move to the Pacific Northwest, in pursuit of a longstanding ambition to explore the region and perhaps open their own restaurant.

I called Landry to ask about her new projects.

The Pitch: How did you come to work at Sasha’s Baking Company?

Landry: I went in one time just to get a loaf of bread, and I was just talking with Julie [Steele] about working at Bluestem. After that conversation, she called about setting up a meeting with [Sasha’s Baking Company owners] Jackie [Kincaid-Habiger] and Ted [Habiger]. I probably wouldn’t have taken on a new job if they hadn’t given me full creative freedom and the chance to set my own schedule.

What’s inspiring your choices at Sasha’s?

I definitely get inspiration visually from Dominique Ansel and some other bakeries, just by seeing what they are offering. Ansel is more ornamental, which is not really my style, but I like to make things that people are familiar with and add an unusual ingredient to it. For me, it’s more important that things taste good. For example, I’m doing a Paris-brest, which is normally made with hazelnut, but I’m doing it with bourbon and pecans — things grown in the Midwest. I like plugging in local flavors to things you might find in a pastry case in France. Spring is just around the corner, which is great. I don’t want to put anything in there that’s out of season.

Why did you choose to devote one of your free evenings to making dinners at Lucky Boys?

It’s an opportunity to make savory food, because I don’t get to do that in my other two jobs. It kind of happened naturally that people would confuse me as the pastry chef at Ça Va. I really enjoy cooking savory, and some of the stuff I’m making I have made before — they are staples in my life. But some of it — for example, I’ve never made coq au vin before. Usually what ends up happening is that I find something I want to make, read about the history, read recipes, read about techniques, and then figure out what will work for me. Sometimes it’s a little elevated, and sometimes it’s down-home.

It’s just me in the kitchen by myself. Adam will help me with prep stuff, with knife work and picking parsley, things like that. We get to be in the kitchen together during the day, and then he runs the bar. After we start service, I will bus when I can. It works really well.

What kind of setup do you have at Lucky Boys?

The kitchen at Lucky Boys is small, but compared to the kitchen at Bluestem, I’ve got a four-range gas stove, an oven, a range and a flat-top. I can do a lot with that. I find myself in these jobs with limited supplies, but I have fun with it. I make it work with what I’ve got. Adam bartends and DJs.

It’s a trial run for our own place someday. Both of us just want to get out of Kansas City and do our own research and development. Right now, the Northwest is calling to us. We plan to leave in the middle of May. This is an opportunity for us to leave Kansas City on a great note.

Downtown diners, drinkers, coffee lovers and visitors, take note: all of the recently refurbished Hotel Phillips’ new establishments, including an Italian restaurant, a “speakeasy” and a coffee shop, are open for business. They’re among the most visible products of the $20 million renovation to the historic building.

Tavernonna is the sleek result of Chicago firm DMK Restaurants’ floor-to-ceiling redo of the space formerly known as 12 Baltimore. The restaurant is open for breakfast from 6:30 to 9 a.m., lunch from 11 a.m. to 2 p.m., and dinner from 5 to 11 p.m.

The speakeasy is P.S., a bar accessible only through a “secret door.” (Employees will guide you there.) It’s open from 5:30 p.m. to midnight on weekdays and until 1 a.m. on Fridays and Saturdays. Coffee shop Kilo Charlie is open from 6:30 a.m. to 7 p.m. every day. 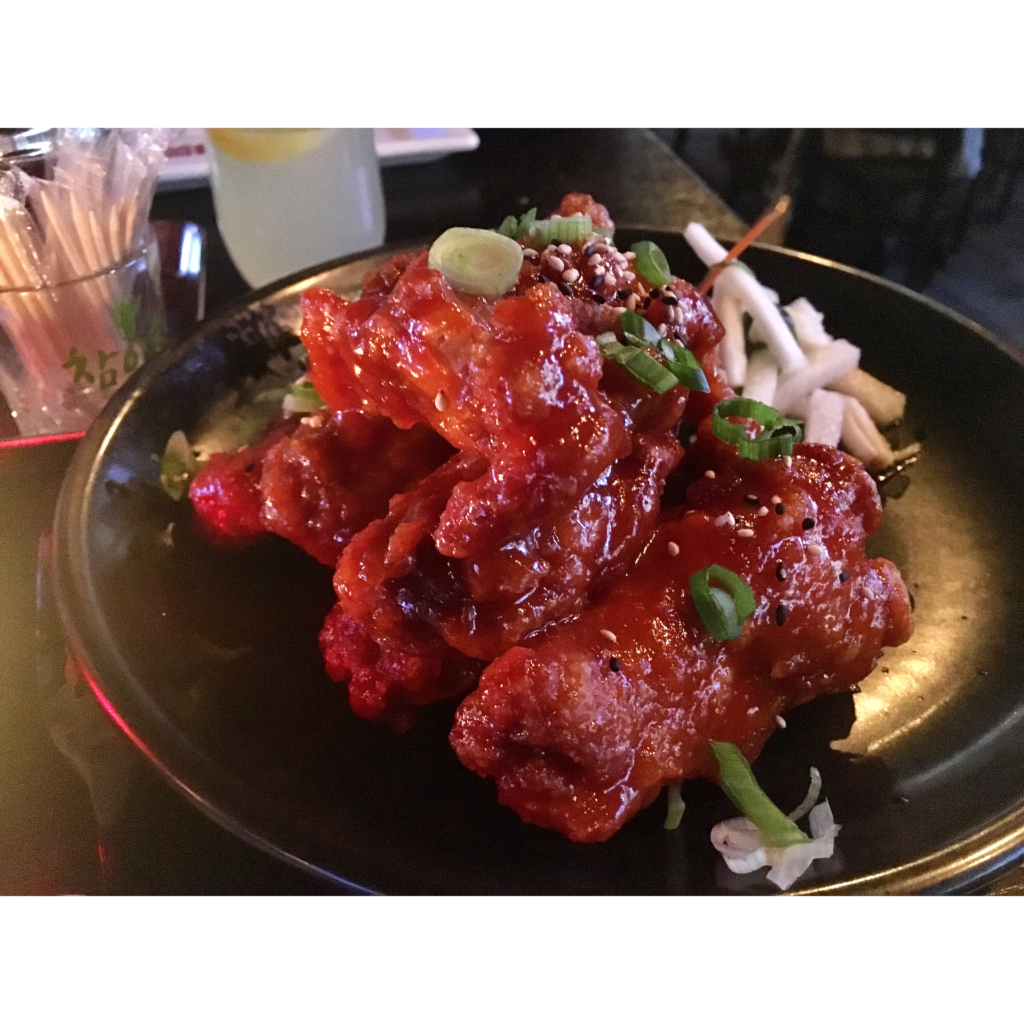 Boru Ramen (500 West 75th Street) has opened in Waldo, following a relatively short turnaround since the space was Summit Grill. (That neighborhood spot moved into the much larger space next door, which used to be the 75th Street Brewery.)

Helmed by culinary director Po Wang, the restaurant focuses on ramen but offers a large, pan-Asian menu, serving its noodles alongside dishes such as bibimbap, fried rice, bao buns and okonomiyaki (a savory Japanese pancake). The restaurant doesn’t look radically different from its Summit self (or Remedy before that), but it has has been brightened with some new paint and a few modest décor changes that emphasize the change in direction.

The ramen broth is made in house, much of it in Summit’s kitchen, which is large enough to act as a shared space. Noodles are sourced from Sun Noodles, also the vendor for Columbus Park Ramen Shop and Komatsu Ramen.

Boru opens every day at 11 a.m.; it closes at 10 p.m. Monday through Thursday, midnight on Fridays and Saturdays, and at 9 p.m. on Sundays. A good place to start is with Boru’s happy hour (3 to 6 p.m. every day), which includes a strong selection of $5 drinks and discounted buns and appetizers.

Blvd Tavern (320 Southwest Boulevard) is celebrating its second anniversary tonight with a special offering: the Rochester Garbage Plate. The Garbage Plate is a tribute to Rochester, New York, restaurateur Nick Tahou. Google it; you’ll see a lot of food. Make reservations by calling 816-421-1023 or via blvdtavernkc.com.

Bun Bros’ pop-ups — featuring steamed-pork and vegan buns, mochi and other items — are worth braving the lines they often generate. Give it a go tonight during First Friday, when it will be parked at 2016 Main.

Enjoy the music of Lauren Krum (the Grisly Hand) today at Julep (4141 Pennsylvania) for Bluegrass Brunch. Chef Charles Barr (formerly of the American, Port Fonda and Krokstrum Klubb & Market) has a new menu for the meal, which runs from 9 a.m. to 3 p.m. Krum performs from 11 a.m. until 1 p.m. See julepkc.com to see the menu.