Catcher in the Sky 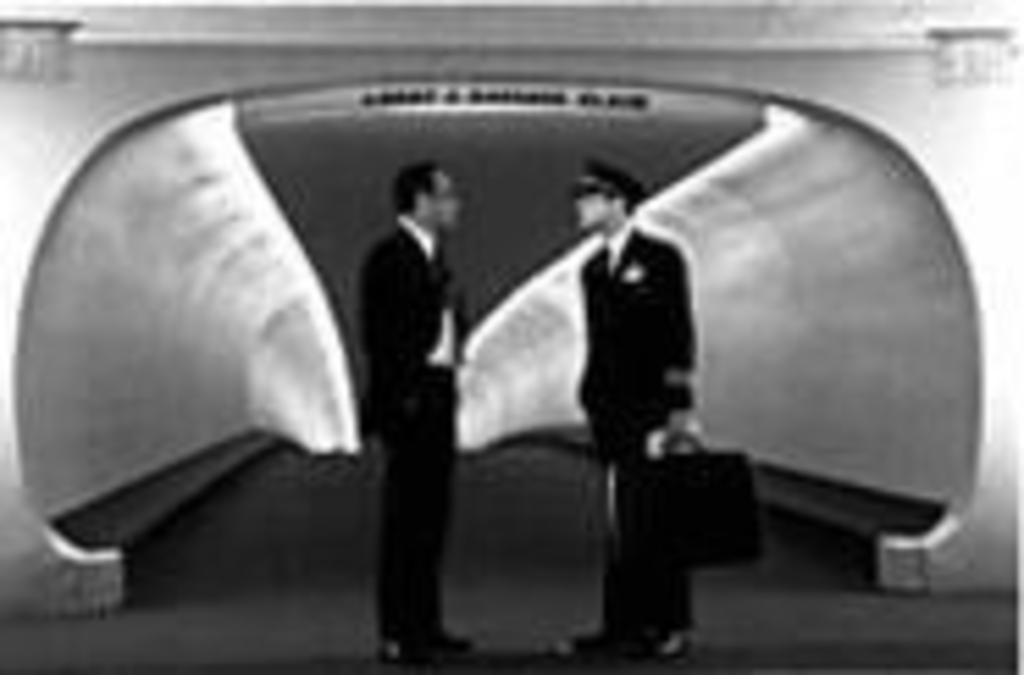 Everything about Catch Me If You Can, the loosely fact-based tale of a teen who swindled millions while posing as, among other things, a Pan Am pilot, a doctor and a lawyer, is breezy and easy to swallow. Its maker, Steven Spielberg, hasn’t had so much fun in two decades, since he was schlepping Indiana Jones around the globe. Tom Hanks (as huffy and puffy FBI agent Carl Hanratty) is having such a ball he can barely mask his grin; Leonardo DiCaprio (as pretty-boy wonder Frank Abagnale Jr., a kiddie con man who once described himself as “slipperier than a buttered escargot”) doesn’t even try. Cinematographer Janusz Kaminski has shot the movie to resemble something not only set in the 1960s but also made four decades ago. Even composer John Williams relaxes, scoring the movie with a return to the hipster swing of his early ’60s soundtrack work.

Catch Me If You Can is a prolonged chase scene that catches its breath during annual Christmas breaks, when Frank and Carl have taunting but deep-down-lonesome phone chats. Spielberg is happy to keep his foot on the gas pedal throughout; this is the film this summer’s portentous Minority Report wanted to be but couldn’t. It’s a buoyant bit of work, so deceptively light it’s amazing the thing even sticks to celluloid.

When a master craftsman has such a good time without breaking a sweat, it’s easy to mistake the result for something fluffy and inconsequential. Even Spielberg doesn’t seem to mind if you catch only the glee in his step and the glint in his lens. But beneath Catch Me‘s giddy sheen lies a tale of deeper emotional resonance — a boy on the run from parents real and surrogate. The movie bounds from location (a polished New York City) to location (a blinding Miami), Frank bounds from girl (Alias‘ Jennifer Garner as a model-turned-hooker) to girl (Amy Adams as a good-hearted nurse and sucker) and Spielberg bounds back and forth from year to year.

Frank figures he has a good reason for becoming a con man. He’s not out to scam for the hell of it, but to win the respect of his dad (Christopher Walken, more affable and compassionate than ever before) and to repair his parents’ failed marriage. If he can make enough scratch, he can get his father out from under the government’s withering glare — Frank Sr. is being chased himself on charges of tax fraud — and restore the man’s diminished dignity. But Frank Jr. doesn’t realize that some marriages don’t work. He’s merely a kid pretending to be an adult, a romantic naïf whose life experiences are stolen — and worthless. DiCaprio, looking like a Tiger Beat James Bond, gives Frank Jr. real soul; you feel for the kid, and root for him, even as he breaks law after law.

Even Carl, behind an accountant’s thick glasses and encased in a black suit that looks one size too small, quickly goes from pursuer to protector. Hanks, who speaks in a pinched Yankee accent but never melts into caricature, becomes yet another father who knows his boy means no real harm but can’t help himself anyway.

Both the movie and the 1980 book upon which Jeff Nathanson (Speed 2, Rush Hour 2) based his screenplay overdramatize Frank Jr.’s life: Hanratty never existed, Frank Jr. didn’t run to avoid choosing between mother and father, and the charming young criminal who now advises law enforcement has long since disavowed his life of larceny. “I consider my past immoral, unethical and illegal,” he writes on www.abagnale.com. But Spielberg doesn’t let the truth stand in the way of a good time, and there’s nothing criminal about that.