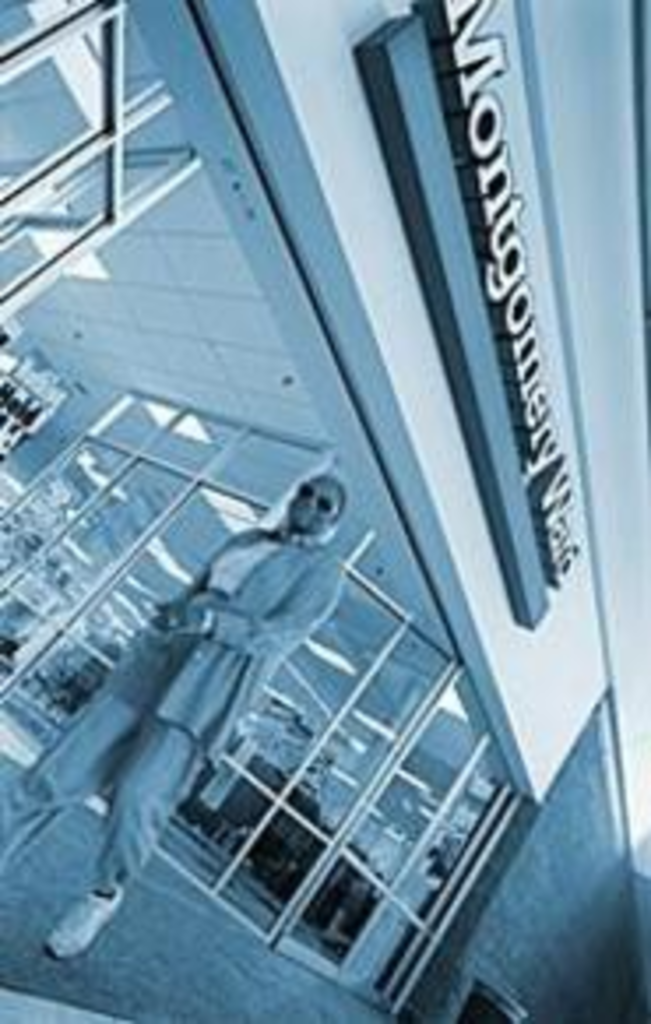 On any given day, you’ll likely find Willie Jarrett and Tony Cecena at Indian Springs Mall with a few dozen of their gray-haired buddies. Beginning at 9 a.m., they walk power laps around the spacious concourse and catch up on gossip.

But they rarely spend a dime at the stores.

“Where you gonna shop at?” Jarrett asks, gesturing toward a long corridor of gated storefronts.

“I don’t shop here because there’s nothing here for me to shop for,” Cecena says. “The only one is Montgomery Ward, but my wife doesn’t like Montgomery Ward.”

Even if his wife would let him go in Wards, Cecena’s shopping days there would be limited. In late December, the national chain announced it would close its doors for good — a process expected to end this spring.

John Trevor, mall general manager, knows that the closing of the mall’s only remaining anchor tenant will be a blow to the shopping center’s rebirth. But he bristles at these two walkers’ contention that there’s nothing to buy in his mall. In the past year and a half, he’s brought in seven new stores. And over the past five years, Indian Springs has slowly evolved into a new kind of commercial center, one that bears only passing resemblance to its early glory days.

“It was booming,” says Jarrett, who in 1972 became the first African-American to own a restaurant in the mall when she opened The Rib Shack. That was just a year after the shopping center opened. For two decades, the place thrived.

“You could hardly move around in here, it was so busy,” recalls Salvador “Bones” Quijas, one of Jarrett’s walking companions. “I wish it could be like that again.”

But this is unlikely — and not just because of Wards’ closing. Facing competition from newer, larger malls — as well as from stand-alone superstores — older malls across the metro area are struggling to redefine themselves. And Indian Springs is perhaps the most changed among them.

Largely because of its location in Wyandotte County — where crime rates are high and the population is poor and dwindling — it has lost its customer base while unfairly being tagged as an unsafe place. The mall’s image got so bad that in 1997 a national touring hot rod show bailed on a scheduled appearance after car enthusiasts from around the metro area — most of whom had never been to Indian Springs — called the show’s out-of-state sponsors with warnings about the shopping center’s safety.

But a year later, Indian Springs — by then more than half empty — took a major step. In 1998, TeleTech Facilities Management Inc. of Denver moved into the 100,000-square-foot space where Dillard’s was before the Great Mall of the Great Plains in Olathe stole it away. The department store’s former location was transformed into a customer service call center, and now nearly 1,000 people work there. And in 1999, more than 100 additional jobs came to the mall when the Unified Government and the Kansas Department of Human Resources both opened offices there.

Because Indian Springs’ rents are competitive, the mall is a draw for local entrepreneurs. “It’s a good place for people to get into business for yourself,” says Susan Williams, who opened Computer Zone with her husband, Phil, a year ago. “A lot of minorities have come in here — people who have never had a business before. They’ve had an opportunity to come here and really make it.”

Computer Zone is the couple’s first business. It grew out of their hobby of buying old systems from government auctions, fixing them up and reselling them. “This is Wyandotte County,” Susan says. “Most people can’t spend $1,000 for a computer. But we can do one for $200. If you don’t have money, it doesn’t mean you don’t have a right to a computer.”

For seven years she operated her store, Wedding Gardens, at 7th and Armstrong in downtown KCK. Though she could keep her store there open as late as she liked, some of her relatives worried about her staying in the neighborhood after dark.

Then, a little more than year ago, she made a trip to the mall to do some business at the government offices. “Since I was here already, I decided to look around,” she says. “I hadn’t been there in a while.”

She ran into a friend who had recently set up shop. “Why don’t you open up a place down here?” the friend asked.

She talked to mall management, liked what she heard and signed a lease. Now she has as much work as she can handle. Any more, and she’d have to hire a second set of hands.

“I’m happy I came,” she says. “I’ve had more business, more exposure. Even though people think this is a dead mall, it’s really not because my business is unique.”

So unique, in fact, that one Wyandotte County couple decided to get hitched on January 26 under the floral arch in the middle of her store. “There’s a minister who owns the shop next door,” Dickinson says. “He came over and did it.”

“We tied ’em up,” says nondenominational Elder Samuel Stillwell Sr., owner of Stillwell’s, a store that specializes in designer hats, jewelry and shoes, as well as dresses for ladies size 4 to 30. He opened in December 1999. For six years before that, he and his wife sold their wares at fashion shows across the country.

Though business has been slow for Stillwell this winter, he doesn’t believe the mall is to blame. “We’ve had a lot of cold weather,” he says. “That seems to keep people away.”

Regardless, he says he’s not worried about the closing of Wards, which most shoppers entered from the parking lot. “People who shop there go in there and come out of there without even coming in the mall,” he says.

This view is not unique among the other store owners. “Most of our tenants are niche players,” Trevor says. “They’re not dependent on traffic generated by Wards.”

But while individual owners might not experience the effects of the store’s closing, mall management certainly does. “It feels like a setback,” Trevor says. “I was disappointed. Their sales had been better; this store has always done good.”

He doesn’t know what will become of the space Wards currently occupies. “I’d like to keep that retail,” he says. And though some employees at Wards tell Pitch Weekly they’ve seen prospective tenants sizing up the space, none of them has contacted Trevor.

So for now, the manager has to come up with new solutions to add to the ones he’s already found, as Wards workers pack up TVs and couches and clothes and load them onto a truck bound for another closing store in Las Vegas.