Candidates for Ward 2 of Overland Park answer The Pitch’s survey on government transparency, equity, and the status quo 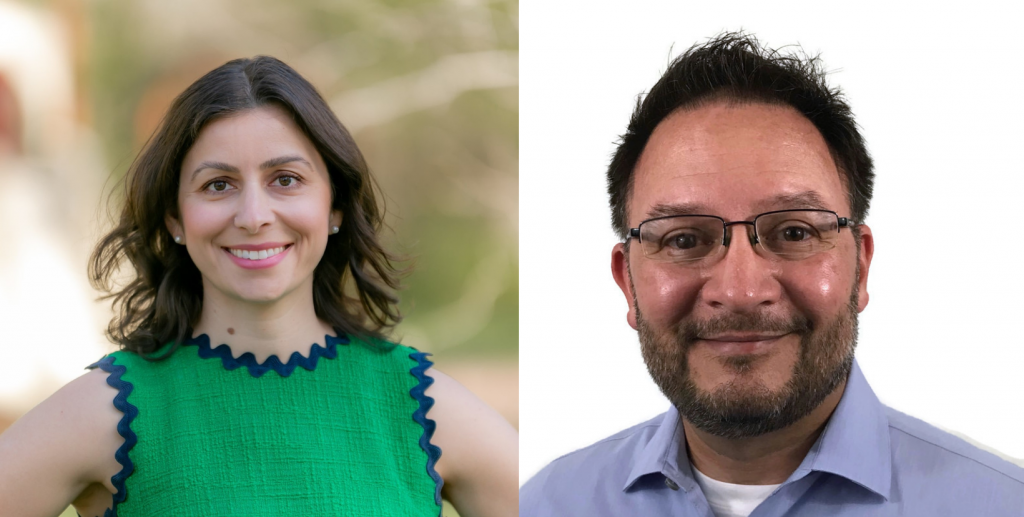 We asked the candidates running for Ward 2 in Overland Park’s August Primary election some hard-hitting questions. We wanted to determine their stances and commitments to improving equality and transparency issues, which have plagued the city’s current leadership. The candidates are Melissa Cheatham, Tony Medina, and the elusive Roger Tarbutton.

Tarbutton put in right before the registration deadline, has no site that I can find, and was one of the very few 11th-hour candidates to have never responded to my requests to fill out the questionnaire. It is known that he ran unsuccessfully against Paul Lyon in 2019, pushing for the allowance of public comments at city meetings and lesser tax incentives to draw businesses, especially luxury apartments.

The following will help you determine who is committed to improving Overland Park, who is status quo, and who would potentially make Overland Park less equal and transparent.

The Pitch: Of which accomplishments are you most proud in your time of public service?

Melissa Cheatham: I’ve helped solve a number of problems in my neighborhood during the decade I’ve lived here. I worked with neighbors to have sidewalk ramps and signage installed and a crosswalk painted to make it safe for families to cross the street to access our neighborhood park. I partnered with other parents at my child’s school to arrange a crossing guard for students to safely walk to school. I coordinated with my Homes Association to launch a trash program that provides better service at a lower price than individuals’ had paid on their own.

As a member of Overland Park’s Environmental Advisory Council, I helped reach a consensus with homebuilders to make new homes in Overland Park more energy efficient, which will save homeowners money on their energy bills and reduce pollution. I also pushed to make new buildings ready for solar power and electric vehicles, which will soon result in a proposal from city staff to encourage these clean energy tools. As a volunteer with Climate Action KC, I was the primary author of the KC Climate Action Playbook, which is being used by elected officials to pursue climate action at the local level.

Tony Medina: While I have not held a public office, I do serve our community by volunteering. I serve on the Board of Directors of Friends of Johnson County Mental Health Center, the Leadership Team for the Johnson County Suicide Prevention Coalition, and the Board of Directors for the Kansas City Pride Community Alliance. I am most proud of my work as a founding board member of the KC Pride Alliance. I am amazed at the progress a group of caring people can achieve in a short amount of time, all for the benefit of their communities. Through this journey, I have learned much about myself as a leader, as a member of the LGBTQ community, as a servant to the public, and I am thankful for the opportunity. I am also proud of the work I did, along with a dedicated group of neighbors, to oppose a development proposal that encroached on single-family homes within our neighborhood. This effort provided me an opportunity to meet neighbors, learn what was important to them, and be a voice for them. I was proud to be entrusted by my neighbors in opposing this development on their behalf.

What are your plans to implement a more transparent Overland Park following the Albers MORE2 Press Conference?

Cheatham: Transparency builds trust. I would urge city administrators to release information of interest to the public unless there is a clear legal reason that such a release is not allowed.

Medina: Transparency is a key reason I am a candidate. Over the past year as I became more aware of local government, specifically the Overland Park City Council, I have had many moments of frustration. This began with the opposition to the Ranchmart development when I learned how few property owners were required to be notified of nearby rezoning requests. I believe our leaders should have regular communication channels with their constituents, whether that be mail, email, social media, in-person, or a combination of all the above. Regular open communication is needed, and I pledge to have that level of engagement. A resident should not live in their home for 10 years and never have outreach from their Council member; I will ensure that no longer occurs.

Please finish this sentence: “I am more qualified for this role than the others running because…”

Cheatham: I bring a commitment to Overland Park, paired with experience making policy at both the local and national levels.

Medina: I have the experience to lead and my actions will reflect the interests of those I represent. I have led the fight, alongside other neighbors, against the development of luxury apartments that were too tall and too close to single-family homes. As part of that opposition, I presented before the Planning Commission and the City Council to state the case of fellow neighbors. I met with the developers and city staff to collaborate on alternatives. In the end, our effort was successful. I am able to listen to people, consider alternatives, and make the right decision.

With a customer service background that spans 30 years, I have the skills to make decisions in the best interest of those I serve. My most recent position as a marketing director challenged me to attract and retain customers. I will use this experience and apply it to serving Ward 2, ensuring the needs of residents are met, and planning for the future of Overland Park.

Cheatham: I’m committed to a welcoming and equitable Overland Park. I believe an important first step in understanding and addressing any disparity is to make data available. For example, the statistical information referenced in this question is not currently available on the city’s website and was obtained, instead, through an open records request. I would encourage the city to publicly post demographic statistics regarding stops, citations, and arrests on its website and to present the information and relevant context and recommendations to the Public Safety Committee and the community on an annual basis.

In addition, the city should make clear that bias complaints can be submitted for review by the Independent Citizen Advisory Board for Racial Profiling and Non-Biased Policing.

Medina: I would first say a greater awareness of these, and similar statistics are needed, these were disturbing to learn of, and I would call for increased transparency. If this data truly reflects what is occurring within Overland Park, we must acknowledge there is a problem and work together to find a solution. We can look at how other cities have worked to decrease racial profiling in their communities and how they improved community relations. I am aware this can start with increased training and also having a diverse workforce, one that represents the community served.  Beyond training and recruitment practices, the department policies can be reviewed and updated as needed, data collection methods can be updated, and the department should be held accountable by the people they serve.

How have you voted prior and how would you vote on establishing a demographically representative Community Police Review Board to reestablish the community trust Monday’s City letter spoke of?

Cheatham: Possible officer misconduct should be investigated independently and violators must be held accountable so that all residents know they can trust the system. The current system in which officers from neighboring jurisdictions conduct the investigation is not creating the trust necessary to keep our community safe. I am studying a variety of alternatives.

Medina: I have not previously voted on this topic. Overland Park has an Independent Citizen Advisory Board for Racial Profiling and Non-Biased Policing. The purpose of this advisory board is to review complaints of discrimination against the OP Police Department. As I understand, the advisory board meets quarterly. I would look into expanding this advisory board, to ensure diversity among its members, and more importantly, work to improve awareness of its existence and purpose.

Is it your goal to serve in Overland Park only, or do you see yourself running for state and national posts?

Cheatham: I am focused on Overland Park City Council.

Medina: This is difficult to answer as I never saw myself running for any office, but here I am. I grew tired of being frustrated, of hearing from neighbors that City Council “doesn’t care” or “doesn’t listen” to the residents. I have the experience to be a true representative of the people, one that is inclusive, that relies on public engagement to make decisions in their best interest. I will be transparent and collaborate with others to find the best solutions to issues in Overland Park.

Cheatham: I have not received official endorsements at this time.

Medina: I have not received any formal endorsements as of this date.

Please finish this sentence: “What Overland Park needs most is… and I can make that happen by…”

Cheatham: What Overland Park needs most is leaders who listen to residents today and lead with a vision for the future. Also, a great Italian bakery.

Medina: What Overland Park needs most is a City Council that is trusted by the residents, one that listens to their concerns and acts in the best interest of the residents. All too often as I watch City Council proceedings, I feel votes are being made not on my behalf, but on the behalf of Council members who believe they know best what I need, without them having asked or listened to me. I will change that by engaging with residents and listening to them. I will actively seek their input as part of my decision-making process.

What is your stance on the common criticism that Overland Park avails more to corporate than its citizens’ interests?

Cheatham: Most people I talk to like living in Overland Park. The strong city we enjoy today is built on cooperation, support, and respect for both residents who live here and businesses who invest, employ, and create wealth here. I would strive to find win-win opportunities that benefit both businesses and residents.

Medina: I have heard this position many times and I also have personally experienced this feeling while fighting the Ranchmart proposal. I understand that there is a balance between the needs of the residents and businesses, a city needs both to thrive, but I will be on the side of the residents. Infrastructure defines the city and the quality of life offered to its residents. From roads and bridges to social services and recreation facilities, Overland Park should be committed to always providing outstanding infrastructure services to residents. Thriving neighborhoods with delighted residents will drive business to our city without the need for economic incentives for so many future developments.

Overland Park’s Ward primary election will take place on Aug. 3, 2021. See here for more information regarding primary and general election candidates and how to contact them.