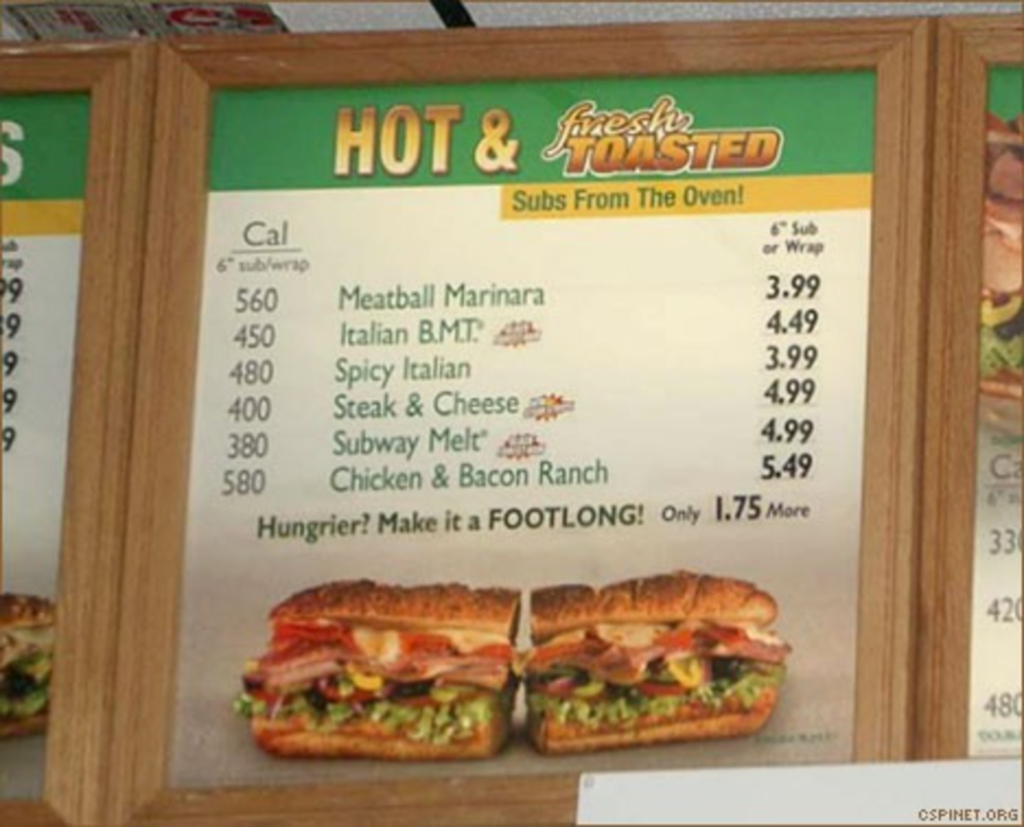 With obesity the problem it is in today’s society, there are several schools of thought on how best to eliminate it. Ideas range from promoting exercise to banning certain foods. Somewhere in the middle lies the plan New York City’s Board of Health passed unanimously this past October. All chain restaurants must now post calorie data on their menus.

Some chains, like Subway and McDonald’s, are already open about their nutrition info. But many chains are not — specifically the Olive Garden and Chipotle, whose menus don’t necessarily have the reputation of being bad for you even when they are.

Yesterday, the first study measuring the effectiveness of New York’s method was released and the results are staggering.