Calibration owner Glen Stinson has hired a familiar brewmaster, pulling Pat Sandman away from 75th Street Brewery before it closed earlier this year. The brewery opened with seven beers on tap: Brown Ale, Coconut Brown Ale, Golden Ale, Hefeweizen, IPA, Milk Stout and Scottish Ale. It’s early, but Calibration has some tweaking to do. Some of the beers I sampled tasted flat and had little to no aroma. Out of the gate, the standouts are the Hefe (lots of banana flavor and aroma) and the Scotch Ale (malty, with a hint dark-fruit spice). 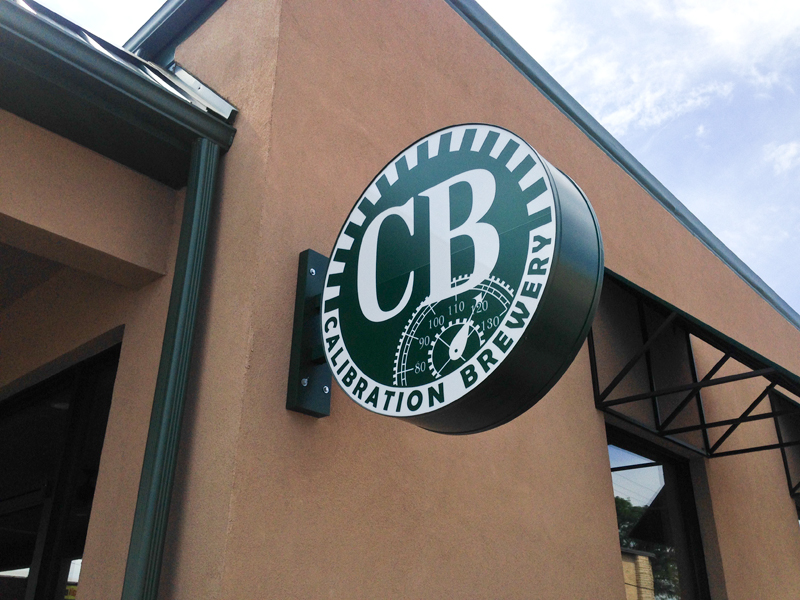 Hopcat is coming, Westport
Another craft-beer–focused beer bar is coming to Kansas City by the end of 2016. Hopcat is moving into Westport in the space formerly operated by Peachwave and Starbucks, at 401 Westport Road. The Star reports that the building will undergo a “major renovation” that will include a rooftop bar and deck. Expect 30 taps focused on Missouri and Kansas beer, 100 rotating taps and no macrobrews. The other beer bar on the way, International Tap House (along with Mission Taco Joint), is headed to the Crossroads at 1801 Oak later this year.

McCoy’s Ursa Minor returns
To honor the summer solstice, McCoy’s and the Foundry are bringing back Ursa Minor, the brewpub’s 2015 Great American Beer Festival Gold Medal winner. Hopefully it’s not tapped out by the time you read this.

More on Bourbon Barrel Quad going year-round
Not that I’m complaining, but I wondered why and how Bourbon Barrel Quad had graduated from seasonal to year-round beer in October. Boulevard ambassador brewer Jeremy Danner tells me that Boulevard now has the amount of barrels to accommodate the change. “It’s the perfect storm of having the barrels and the desire to do it,” Danner says. And Danner is right when he tells me that cracking a 12-ounce bottle of a high-ABV beer is a lot easier than committing to a 750 ml bottle. Speaking of big beers in bottles: Rye on Rye Sazerac is on the way in August.

Big Rip talks expansion
On the way for Big Rip: more beer. Josh Collins says his brewery was in discussions with North Kansas City Beverage about distributing large-format bottles, but pulled back due to increased traffic in the taproom depleting the beer supply. Currently, Big Rip operates a four-barrel system with an eight-barrel fermenter and two four-barrel fermenters.

“We’re talking about upping our production for the fourth time since we’ve opened to get enough beer that if we want to distribute [we can],” he says.

There will also be upgrades throughout the brewery, including replacing an old garage door in the brewhouse. “These are things that we couldn’t afford when we first opened,” Collins says. “We have the same vision. We want to put money back into the company. Someday we’ll get paid.”

Thursday 6.23
Earn that beer with the Most Intense Happy Hour at Onelife (1261 Main) from 5 to 7 p.m. Don’t worry, this rooftop workout is broken down into one-hour bursts. Then drink some Santa Fe Happy Camper IPA and Freestyle Pilsner for free.

Bell’s Kansas launch doesn’t mean KC is getting neglected. Get a Two Hearted Shaker pint glass tonight with a draw of Hopsolution at 6 at the Flying Saucer (101 East 13th Street).

Friday 6.24
This weekend is Patio Palooza at O’Dowd’s Little Dublin (4742 Pennsylvania), and it kicks off with dueling DJs at 10 p.m. Boulevard cans are on sale all weekend.

Saturday 6.25
This afternoon, it’s Boulevard and free brats (or hot dogs) on the rooftop of O’Dowd’s at 2.

Take your dog to O’Dowd’s for live music, yard games and more Boulevard at 2 p.m.

Monday 6.27
Haven’t been to Long-Bell Pizza Co. (3385 Southwest Fascination Drive, Lee’s Summit) yet? Tonight’s a good time to try out the pizzeria, with a seven-course beer dinner featuring Cinder Block at 6.

Wednesday 6.29
The Pints for Prostates fundraiser is wrapping up at the Flying Saucer. Get there tonight at 6 for a beer — not sure what they’re serving — and get entered into the raffle for an Oktoberfest trip to Germany and the Czech Republic.