Cafe Trio celebrates a decade by passing gifts around 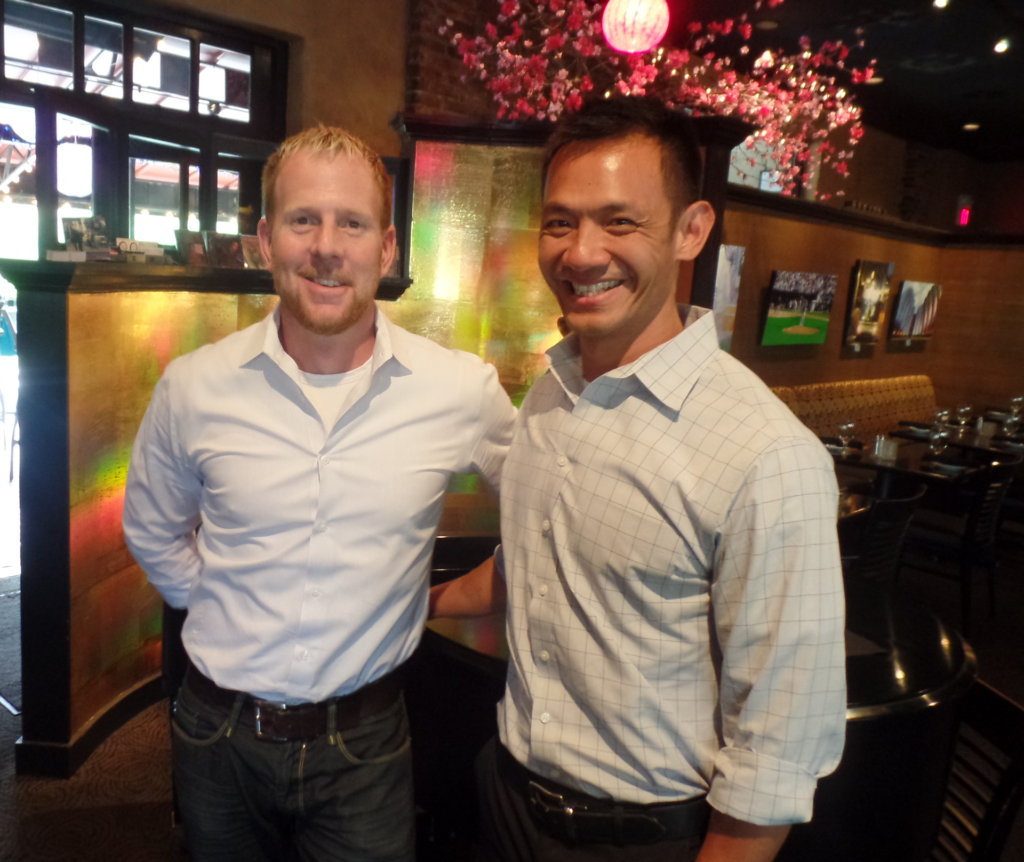 If you’re feeling somewhat philanthropic and have been meaning to dine at Cafe Trio – the intimate bistro at 4558 Main, just east of Mill Creek Park – Monday nights in June might be just the reason to do so. Tonight and June 23 and June 30, the owners of the 10-year-old restaurant, Chris Youngers and Tai Nguyen, are donating 10 percent of the night’s receipts to a different charity. Tonight’s percentage will be donated to the Good Samaritan Project; the funds raised on June 23 and 30 will be given to the Kansas City Care Clinic and the Leukemia and Lymphoma Society, respectively.

The charitable donations are just one way that Youngers and Nguyen are celebrating the 10th anniversary of Cafe Trio. Patrons dining at the restaurant in June are given a $10 gift card, and the staff serves champagne and cake to diners on Friday nights until June 27.

There have been times during the last 10 years that Youngers and Nguyen weren’t sure they were going to make it to this anniversary, especially after the national economy tanked in 2008. “We had taken on debt to move from 35th and Broadway to this location in 2009,” says Youngers. “We went from having 12 employees to 50 employees.”

Things seemed much simpler at 3535 Broadway, which was occupied by restaurateur Ray Kattan’s Pappagallo when Youngers and Nguyen bought the restaurant. (It had formerly been the Athena Greek Restaurant for over a decade). Youngers liked the old building in midtown: “It was a very unique space. I  sometimes miss the crumbling old garage and the times that the air-conditioning stopped working.” The first Cafe Trio was opened on June 18, 2004, by Youngers, Nguyen and businessman Al Ritchie.

Youngers said Cafe Trio wasn’t instantly successful. “There were nights, early on, when we had Megan Birdsall singing in our dining room and her audience would only be me, Tai and Al.”

But the restaurant caught on, and business was steady enough that Youngers and Nguyen felt the opportunity to take over the former Frondizi’s restaurant space at 4558 Main was too good to pass up.

“In retrospect, there are many things we might have done differently,” says Nguyen. “We really focused on pleasing our customers in those early days – and we still do – but we now spend just as much time and energy on the day-to-day business of running a restaurant. We’ve gotten costs under control and we have a chef, Adam Yoder, who runs a very smooth kitchen.”

Are the challenges of running a restaurant different now than they were in 2004?

“Every day is a challenge,” says Nguyen. “But would I do it all again? Yes.”