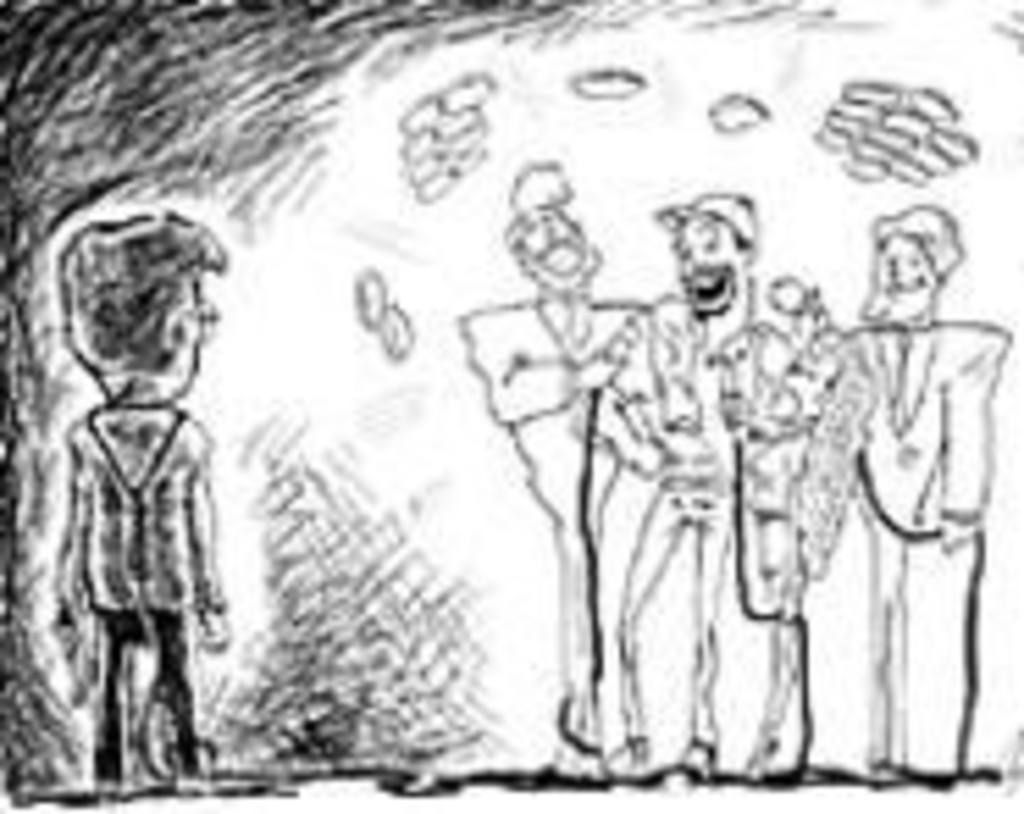 Four years ago, Jack Harry stood in the midst of a media cattle call in Birmingham, Alabama, during the NCAA’s postseason basketball tournament. As he surveyed his peers, he noticed that there was a disturbing difference between him and them. “Everybody we saw was either a cute blonde or brunette or some young studly looking guy with a good build and wavy hair,” says Harry. “A guy from San Francisco standing next to me said, ‘Do you ever get the feeling we’re in the wrong business?'”

After 41 years in the sports broadcasting business and the past 31 years in Kansas City, Jack Harry accepted a buyout option last week from the Meredith Corporation, which owns KCTV Channel 5. As he leaves, he notices that not only are mature newscasters disappearing but so are local nightly television sportscasts. “There is just so much out there now on television,” says Harry. “Cable has taken over the homes-in-use statistics. More and more are watching more cable television with each ratings period. That’s an alarm that has sounded. Local sportscasts have been declining for the past five or six years.”

ESPN started the proliferation of cable sports coverage when it launched SportsCenter in 1979. That gave birth to 24-hour sports television networks, such as ESPN2, ESPN News, CNNSI and Fox Sports, and local cable sports channels, such as Kansas City’s Metro Sports. “We were number one [at Channel 5] back in the ’70s,” remembers Harry. “We had almost a 40 share.” Lately, even the most popular local news programs have drawn shares of 25 and less. (One share point is 1 percent of all TV sets actually in use.)

Where have all the viewers gone? They have disappeared right along with the time that local newscasts allot for their sportscasts. “This business is so consultant-driven now,” explains Harry. “I have never understood when you have a general manager and a news director, why do you have a guy from out of town telling you what to do? I’ve never understood that. Consultants come in, and every one of them says the same thing: ‘We have got to have more weather.’ Everything is weather, weather, weather … and the first thing they squeeze is sports.”

Harry harbors no ill feelings over his buyout. He is happy to pocket some serious cash and perhaps have weekends off for a change. But that doesn’t mean he’s happy with the direction of the business he’s spent his career in. “We have news producers today who know nothing about sports,” says Harry. “They don’t know a tennis ball from a basketball. It just makes you want to hit the wall.”

The top four local television stations have been cutting sports coverage for as long as the Chiefs have been missing the playoffs — perhaps longer. KSHB Channel 41 is down to two full-time sports reporters.

Instead of waving the white antenna and giving up, local television stations need to think outside the picture tube and generate some excitement in their medium through creative and aggressive reporting. Tinted hair, chiseled features and a post-1983 birth certificate are not the most important qualities in a sports reporter. If all local sportscasts look the same, emphasizing prettiness over thoroughness, they’ll only continue shrinking and dying.