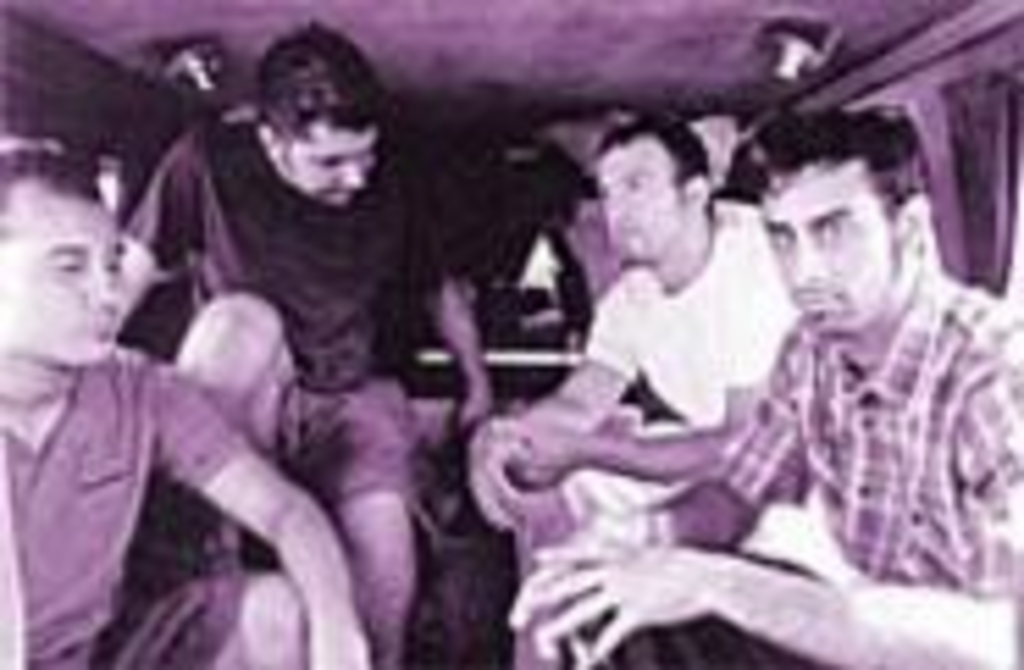 Sports, and perhaps the world of labor as well, changed forever in 1975 when Dave McNally became the first free agent. Now players, coaches, professionals, and CEOs get a whiff of new money and jump ship, abandoning any interest in that cumbersome concept of loyalty. However, in music terms, free agency is an ancient, accepted practice. Few artists have an annual salary that approaches that of Texas Rangers shortstop A-Rod, but musicians are masters at moving from city to city in search of a fertile scene and from project to project in their quests for creative satisfaction. Everest drummer Dan Benson’s local stat sheet includes stints with the Regrets and Topeka’s favorite sons Vitreous Humor, while Everest’s bassist also slaps the strings for the venerable Lawrence outfit Panel Donor. Both put their respective projects aside to help Everest conquer the art of noise. Appleseed Cast (pictured) has already made a name for itself with a string of releases on Charlotte, North Carolina’s Deep Elm Records, and it’s working to appease eager fans with Low Level Owl: Vol. I, to be released in early ’01, so as with Rich Gannon with the Oakland Raiders, no one cares where the band played before. But trivia-starved fans will be happy to know that drummer Cobra cut his teeth in Vosotros, the short-lived effort that went on to become San Francisco’s mesmerizing Mates of State. The Capsules, meanwhile, are like an aging boxing champ coming out of retirement to reclaim a title. These members of Shallow, one of the area’s most popular acts in the mid-’90s, emerged from the lucrative world of cartoon and video-game soundtracks reborn and ready to rock. In the immortal words of Don King, “Only in America!”