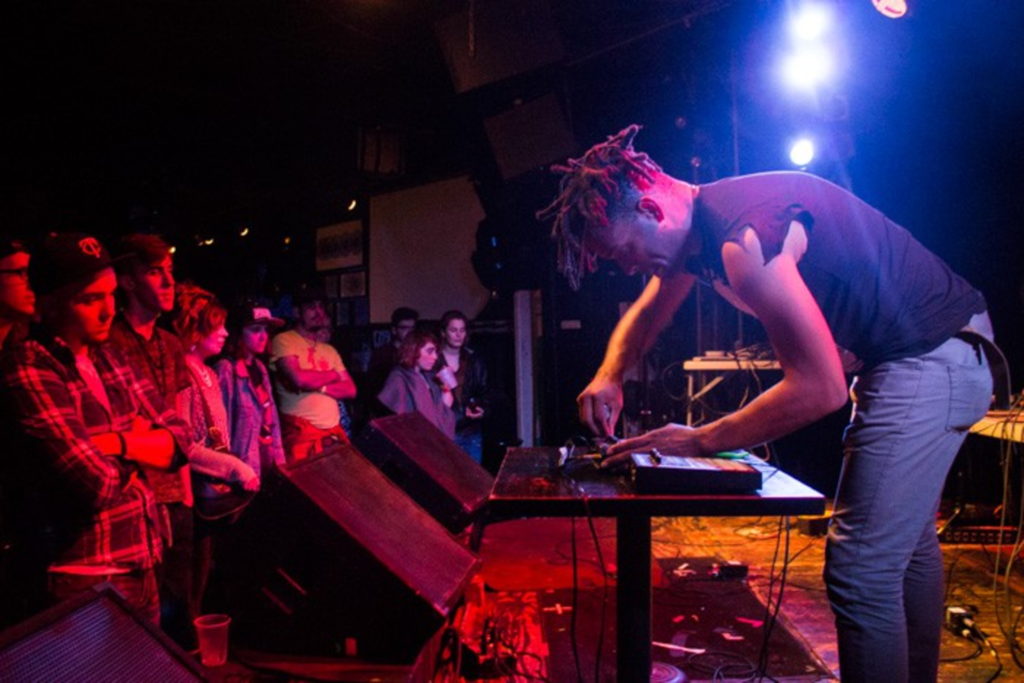 After a late start and a parade of openers, you wouldn’t think there’d be much energy left for two strong, high-impact headliners at RecordBar on a Thursday evening, but both Clipping and Busdriver squeezed everything they could out of the crowd last night. 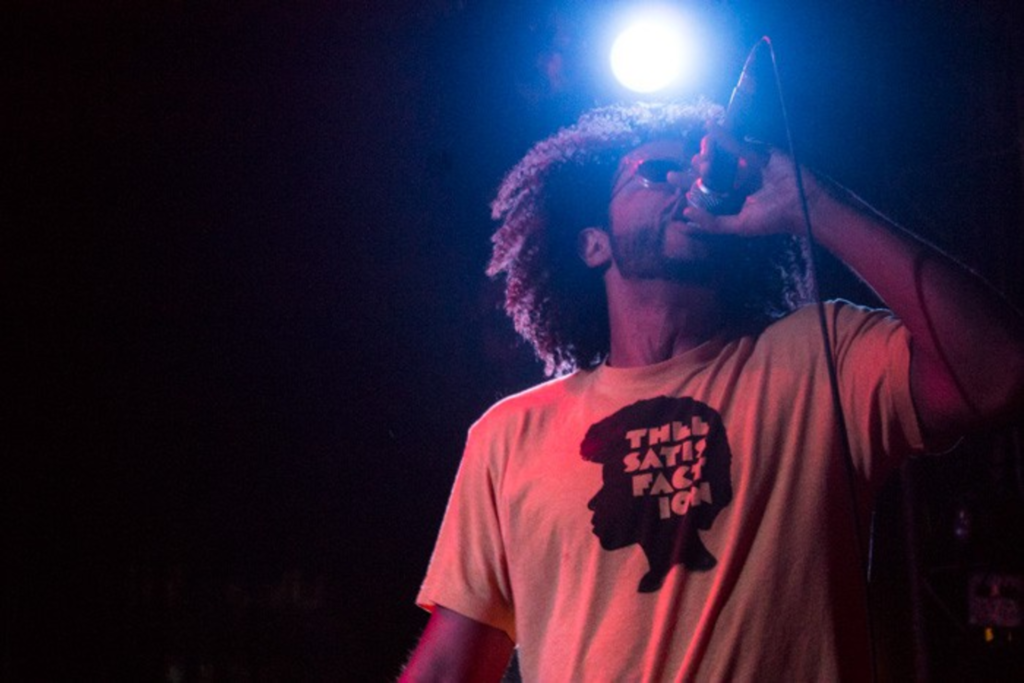 Clipping gained a hearty fan base off their debut album earlier this year (confusingly called CLPNG) with an odd blend of minimal beats that land huge and rapper Daveed Diggs’ amazing storytelling. Those beats hit the house like a brick wall during their set, in the best way. From the opener and album intro and right into “Inside Out,” DJs William Hutson and Jonathan Snipes played with dynamics, shifting the crumbling, crackling beats and noisescapes from barely audible to wall-of-sound levels. 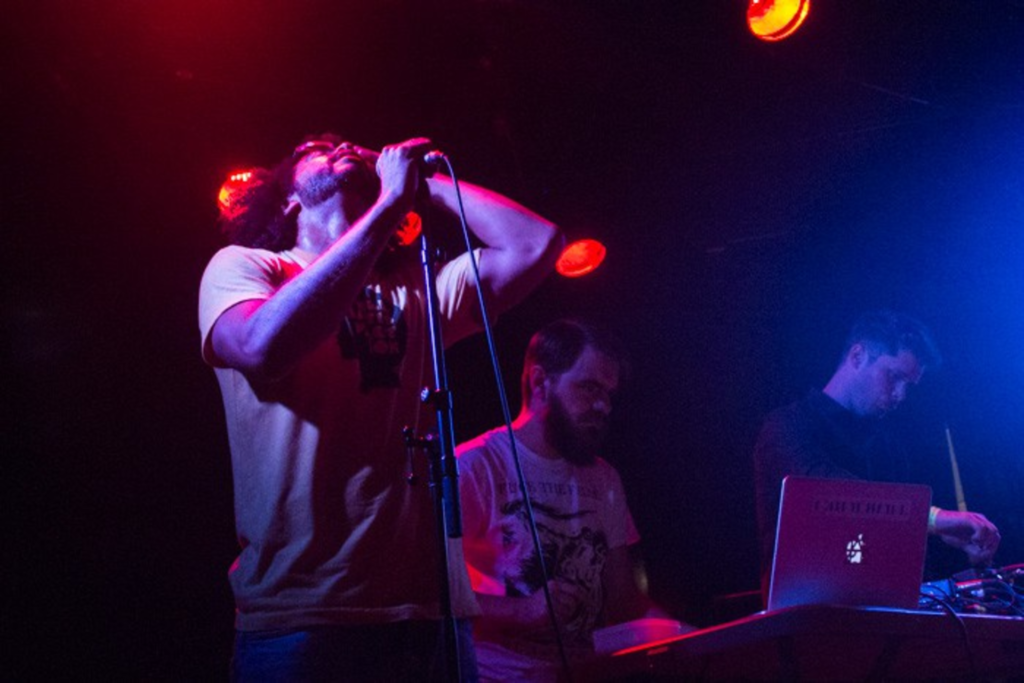 All the while, Diggs was a fireball. He leapt around the stage and into the crowd, grabbing everyone’s attention. And despite these athletics, he hit every word perfectly, and keeping the flow that made the debut record such a joy to listen to. He brought the audience in on songs like “Work Work” and “Body & Blood” by throwing the mic their way and playing off the chants. Behind him, Hutson and Snipes were like mad scientists, intensely focused on their mess of cords and buttons. 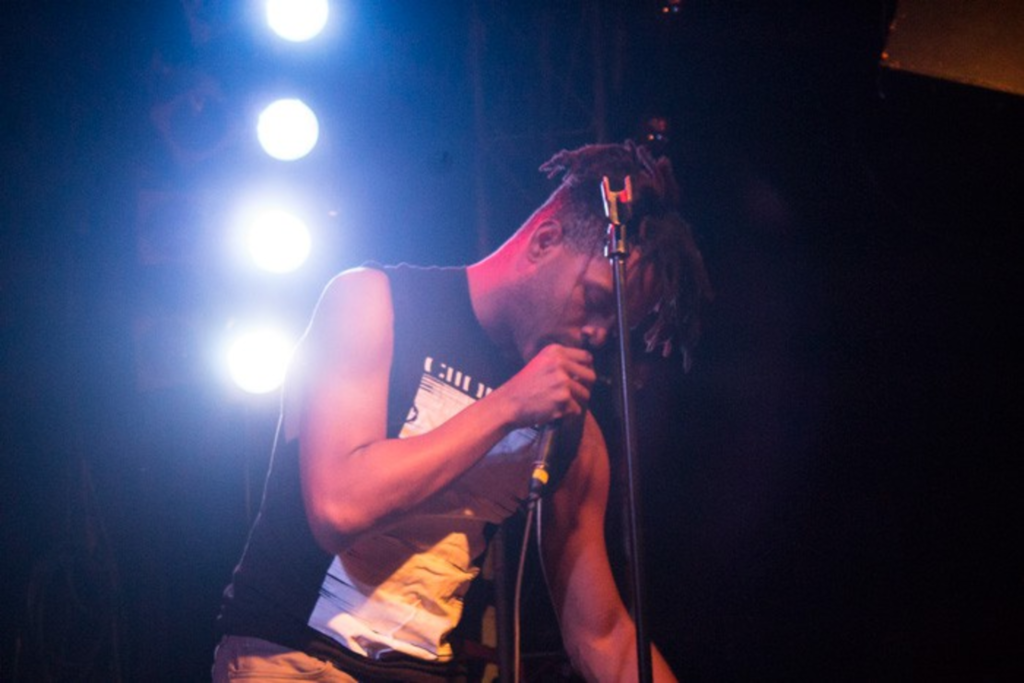 That mad scientist vibe carried over into Busdriver’s set. The wild-haired L.A. art rapper has made his name with jarring, choppy beats and a jaunty, jovial flow, where his voice flies around its range. He delivered just that last night, blowing through songs and snippets, rarely stopping (except for one longer break where he had to reboot his computer). His set came out swinging with “Cop,” and things rolled into a conglomeration of songs and verses, hitting the wide breadth of his career. He hit a fever pitch during “Perfect Hair” with a smooth soul sample in the intro that moved and flowed in a million directions, winding back around to a huge ending chorus.

Both Busdriver and his producer Kenny Segal were tirelessly dialing up sounds and beats throughout the set on all manner of devices, channeling Flying Lotus and the new-classic LA production style with scathing samples, tight drums and no reverence for progression.

But though Busdriver’s energy was unstoppable throughout, he lost the audience more than a few times last night. Whether it was the too-cool vibe or the confusing chop and screw, the crowd stayed relatively still throughout the set, despite Busdriver’s continued call for dancing. At one point, even Diggs jumped into the crowd to try and liven things up. 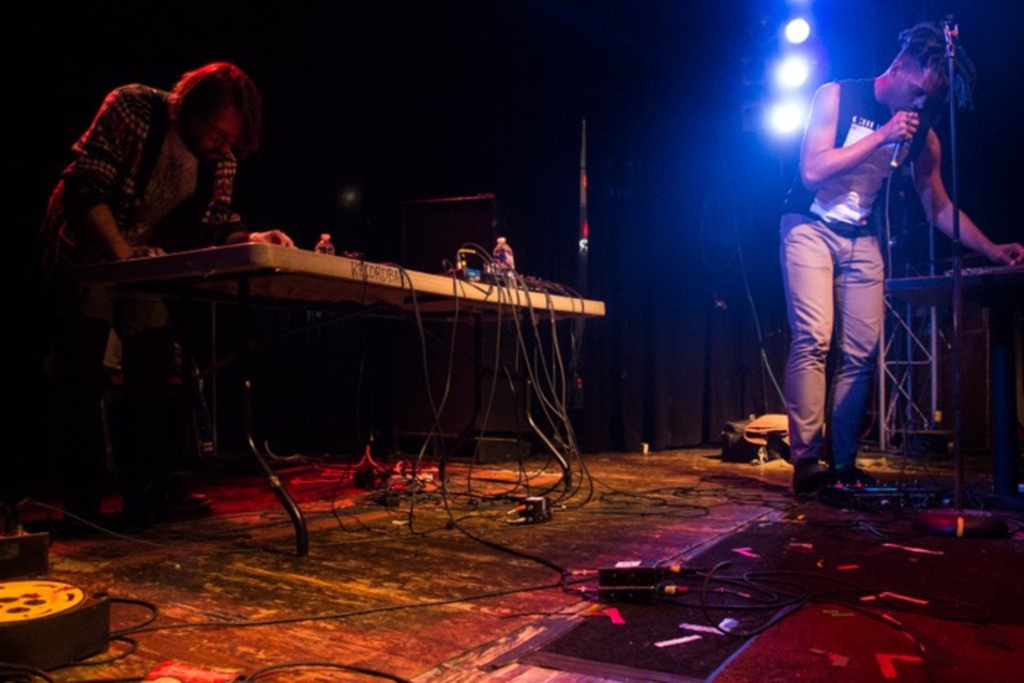 Busdriver didn’t hit the stage until a little after 12:15 a.m., and with a little mid-set technical difficulties, RecordBar’s 1 a.m. bar close caught him by surprise. While he looked like he could’ve kept going for hours, the looks of the crowd seemed like they were more than happy to call it quits after a marathon of music (and not the most digestible kind at that).

One thing to be said about both Clipping and Busdriver: They were not afraid to be ugly. Often through the night, the room reverberated in a sea of noise and distortion or layers and layers of indiscernible chopped beats. In all, though, the payoff – two intelligent sets from promising up-and-coming rappers – was more than worth it.

Leftovers: The show was almost festival-esque with how many openers hit the stage (six acts in total). Before the headliners, local rapper Vertigone brought his clearly Busdriver-inspired set to a willing audience. The highlight, though, was touring opener Milo who had the rare quality of stopping conversations mid sentence as people listened in awe to his rap/spoken word/art performance/something amazing set.

Also, a note on the setlist below: Busdriver jumped between songs and song snippets quicker than this writer’s ears could even realize what was happening sometimes. Please add any other songs he hit in the comments.