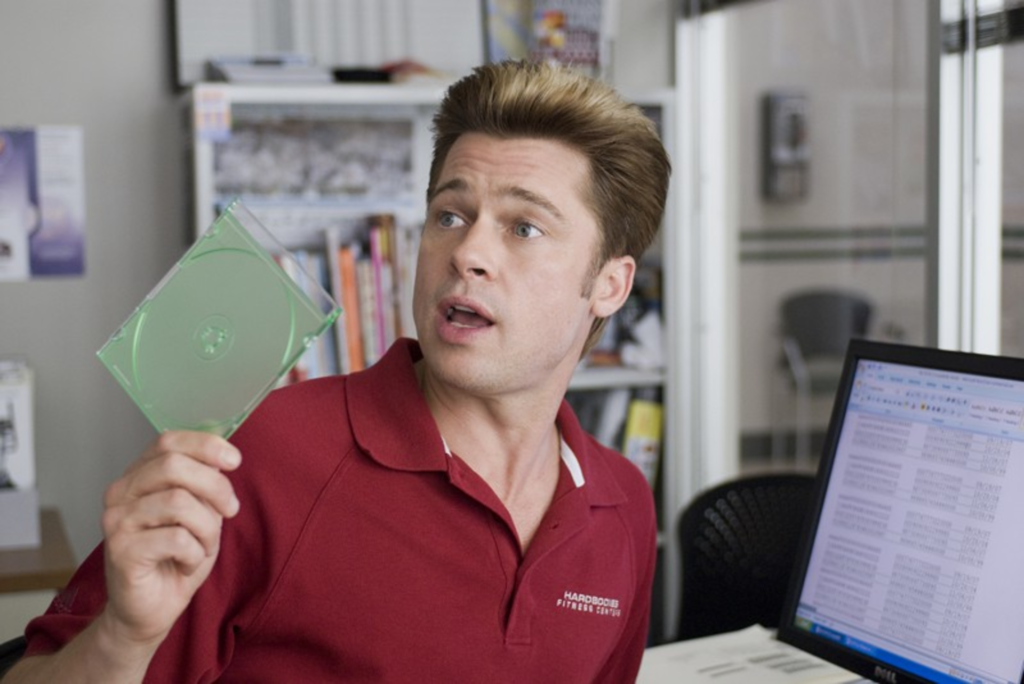 Masters of the carefully crafted cheap shot, Joel and Ethan Coen have built a career on flippancy. Given their refusal to take anything seriously — least of all the enthusiasm of their fans — the brothers surely got a chuckle from an upcoming academic tome, The Philosophy of the Coen Brothers, which includes such ruminations as “Once again, Kierkegaard’s distinction between the aesthetic and ethical points of view is instructive in understanding [O Brother, Where Art Thou?‘s] apparently unresolved comic conclusion.”

Either/Or notwithstanding, I’d say that, at least in Coenville (where the motto is “What fools these Hegelians be”), the aesthetic resoundingly trumps the ethical. Following their multiple-Oscar-winning, critically acclaimed literary adaptation No Country for Old Men, the Coens return to familiar territory with the parody thriller Burn After Reading, a characteristically supercilious and crisply shot clown show filled with cartoon performances and predicated on extravagant stupidity.

Taking aim at the CIA as well as Washington-paranoia flicks in general, Burn After Reading‘s filmmaking is as svelte as its attitude is snarky. For openers, the camera descends from an Olympian altitude, high over America, to the corridors of CIA headquarters in Langley, Virginia, and scurries into an office where intelligence reader Osborne Cox (John Malkovich) is being taken off the Balkan desk. (“You have a drinking problem,” one nerdy suit informs the irate Cox. “Fuck you, Peck — you’re a Mormon,” he replies by way of tendering a resignation.) Osborne barely has time to hit the vodka before his nightmare wife, Katie (Tilda Swinton), embroils him in her frenzied preparations for the evening’s cocktail party — whose guests include her lover, ex–Secret Service agent Harry Pfarrer (George Clooney).

Osborne seeks consolation in the idea of punishing the CIA with a tell-all memoir. Somehow, some of his book winds up on a computer disk, and, at length, the Coens introduce their final complication: Linda Litzke (Frances McDormand) and Chad Feldheimer (Brad Pitt), two employees at the Hard Bodies gym who discover Osborne’s disc and embark upon a comically bungled shakedown.

Say this for the Coen aesthetic: There’s nothing these boys can’t hold up to ridicule. Murder — the more cold-blooded, the better — is usually a laugh line. The brothers’ heartfelt nihilism made No Country for Old Men convincing, and it looks good here, too. Burn After Reading maps a world of spies, cheats and schemers, with everyone under some sort of surveillance and each of the five principals a broadly played, dim-witted grotesque. Clooney plays dumb and Pitt plays dumber, but McDormand is triumphantly dumbest as a ridiculously self-assured nudnik obsessed with financing a complete surgical makeover. Swinton’s scary shrew, revealed in one of the movie’s funniest gags as the world’s meanest pediatrician, is restrained by comparison, as is Malkovich’s increasingly hysterical old-school spook.

Still, ethics more than aesthetics demand that a successful Coen film (such as The Big Lebowski) include at least one minimally sympathetic link on its chain of fools. Clooney’s amiably rancid charm doesn’t quite serve, leaving Burn After Reading a comedy without consequences. “Jesus, what a clusterfuck!” one observer exclaims, cueing the Coens’ camera to retreat back into space. It’s the last word — and the blurb that Burn After Reading deserves.