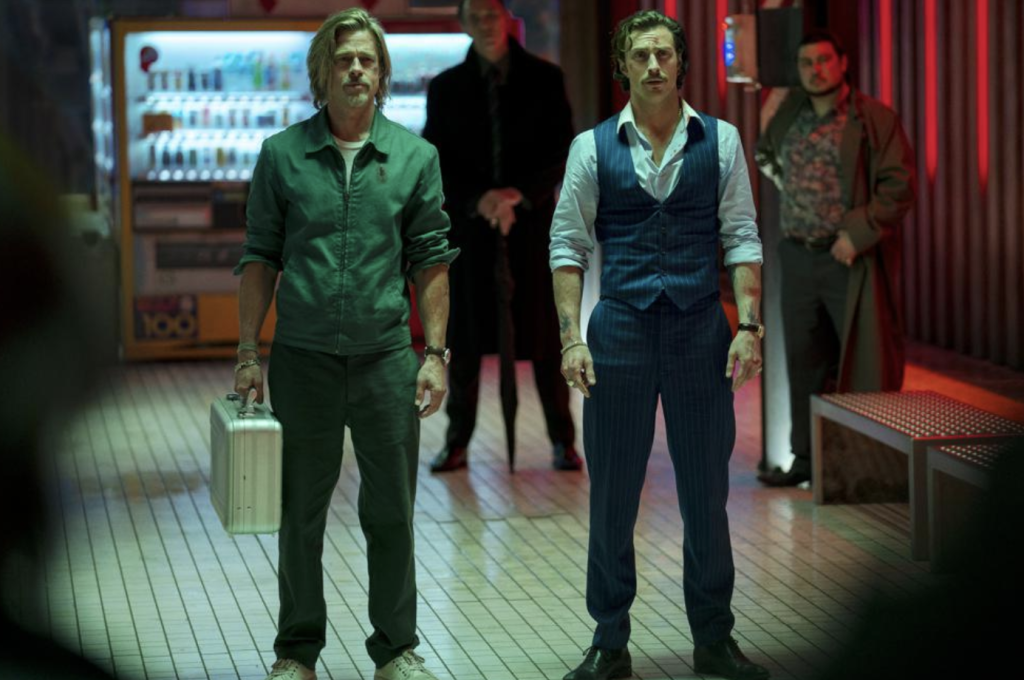 Generally speaking, when I see David Leitch’s name attached to something, I get a little excited. The co-director of the first John Wick movie, followed by the stylish, satisfying Atomic Blonde has a knack for taking what, at first glance, looks like obnoxious garbage and making it into a good-looking, impressively choreographed stunt extravaganza.

At the very least, I come away from his movies having had a better time than I thought I was going to.

However, it should also be noted that since his work on Deadpool 2, Leitch’s work has taken a turn for the smug. The presence of Ryan Reynolds—cameo, supporting role or otherwise—in every film he’s made since gives you a sense of Leitch’s evolving onscreen sense of humor. Bullet Train, Leitch’s latest, is both his flashiest movie yet, and the one most pleased with itself. Leitch’s craftsmanship (and a stacked cast having lots of fun) elevates the enterprise above discount-bin Guy Ritchie, but the movie’s smarmy, self-involved script nearly does it in.

Like the transport mode of the title, Bullet Train features individuals whose disparate stories all head toward one destination. Operative Ladybug (Brad Pitt) is on a mission to steal a briefcase. That briefcase belongs to hitmen Lemon (Brian Tyree Henry) and Tangerine (Aaron Taylor-Johnson), ransom money they’re returning to a crime boss after recovering his son (Logan Lerman). Mob functionary Kimura (Andrew Koji) boards the train seeking the person who put his kid in a coma. The culprit is a teen assassin (Joey King) with her own designs on the briefcase.

Oh, and there’s a poisonous snake on the loose, just to make things interesting.

Bullet Train is packed with characters—in addition to these folks, there are several others—and the movie frequently detours from the main action to tell us information about them via flashback. Some of these backstories feed into the overall plot, but many of them do not. What starts as a clever series of character introductions becomes increasingly distracting as the story continues, with the script jumping around to ensure you know everything about everyone, including characters who have maybe 30 seconds of screentime.

There’s also a sleek artificiality to much of the movie. Everyone looks great, but the roles they’re slotted into often feel flat and unoriginal, particularly King’s character, who’s more an assemblage of irritating quirks than an actual human being. Even Pitt, whose easygoing nature makes him a suitable audience surrogate, veers close to disaster near the end, spouting self-care aphorisms to the annoyance of everyone around him.

If anyone comes out of Bullet Train winning, it’s Henry and Taylor-Johnson, who get impressive mileage out of what they’re handed. The pair’s natural chemistry and infectious sense of fun take the script’s capital-c Choices and give them actual heft, providing a window into their dynamic as partners. Someone should build them a whole series where they perform weird jobs for hire—I’d watch the hell out of it. 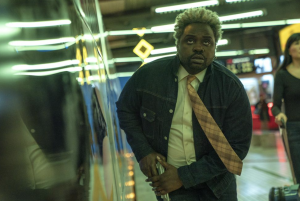 Even though Bullet Train mistakes style for substance, it has the good sense to look awesome. The train’s cars each have a distinct look, which lends both eye candy and a sense of geography (as both an action director and a former stunt coordinator, Leitch knows the value of showing us where everyone is at all times).

The characters’ personal styles also communicate a lot about their identities and backgrounds, which would be a useful shorthand if the movie wasn’t already giving us their life stories unbidden. The fights, of course, look fantastic, though Koji—the most experienced martial artist in the cast if his work on the HBO Max show Warrior is anything to go by—is underutilized.

Like all of Leitch’s movies to date, Bullet Train is miles better than you might expect. However, it does lean hard into some troubling indulgences that have started to define his work.

The shelves at Half-Price Books are littered with artifice-heavy, attention span-deficient action comedies. We don’t need more. Bullet Train is a cut above them, but just barely.