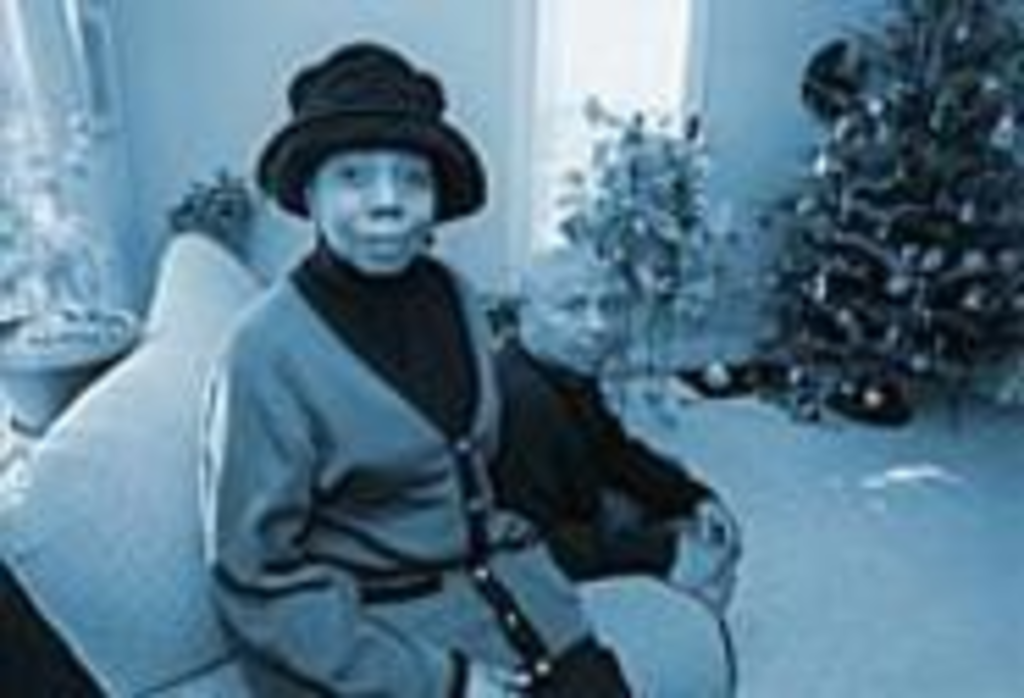 For most of his 49 years, Marvin Chandler has lived in the same house in northeast Kansas City, Kansas. Growing up, the Chandler clan totaled eight, yet the house has just two tiny floors, each about the size of a suburban garage. The family managed to thrive. Six of the Chandler kids — Marvin among them — went on to earn college degrees. “We’re all real proud of that,” Marvin says.

After graduating from Pittsburg State University with a degree in economics, Marvin inherited his folks’ house and called it home again. To him, in the early ’70s, the neighborhood appeared to be in fairly good shape. As he settled in, a girl named Rochelle, whom he’d dated once or twice in high school, caught his eye. She was teaching at Kiddie Kollege, a private preschool and kindergarten located right across the street from the Chandler house. Marvin and Rochelle married and had four kids.

But the neighborhood began to transform around them. Houses decayed and leaned toward the ground. Drug dealers claimed sidewalks as their turf. The Chandlers awoke one morning in 1993 to find their VCR and many valuables gone. That was all they could take. They packed their bags and moved to a suburban home west of I-635, leaving the old house unsold and vacant.

As time passed, they thought more and more of the old neighborhood and what might be done to save it. “As we talked about the state of our urban core,” recalls Rochelle, “we realized that you’re either part of the solution or you’re part of the problem.”

In 1996 the couple decided to become part of the solution. They figured they could reinvest in the neighborhood and help spark a turnaround. They packed their things again and moved back to the old house.

It needed a lot of work. The back door was nailed shut, there were holes in the walls, the carpet had been torn up, and the ceilings were sagging. The kitchen was outdated, the gravity heater barely worked, and, in the house’s 90-year life, the bathroom fixtures had never been upgraded. So the Chandlers took out a mortgage for home improvements. At that time, the house appraised at $25,000.

The Chandlers poured about $20,000 into the house over the next four years. They gutted the downstairs — which was divided into impossibly small bedrooms — and put up new walls. They installed a brand-new kitchen and bathroom, from cabinets to sinks to tile. They carpeted every room and painted every wall. They even tore out the old heater and put in a new one along with central air-conditioning, which the house had never had. And outside they built a nice wraparound deck, where they can while away summer evenings.

The Chandlers still would like to fence their yard and build a driveway and carport. They were hoping to take out a second mortgage against the equity they’d built with all the improvements they’d made.

When they had the house reappraised, they found they hadn’t earned a dime of equity. It’s still worth just $25,000.

“It blew us away,” Marvin says. Around the metro area, many homeowners have benefited from a nearly 7 percent return on investment for each of the past three years. But not so for the folks in northeast Kansas City, Kansas. Home improvement in that area is so rare that officials in the local Unified Government offer tax breaks as an incentive to people who, in the course of fixing their properties, might experience an increase in value.

Wyandotte County’s taxes affect real estate values, says Grace Lindsey, president of the Kansas City Metropolitan Chapter of the American Society of Appraisers. According to federal census estimates, the population there fell by nearly 7 percent during the ’90s. The property tax burden has fallen on remaining residents, and that suppresses home values, Lindsey says.

Chesapeake Appraisal and Settlement Services of Massachusetts performed the Chandlers’ appraisal but did not respond to Pitch Weekly‘s requests for an explanation. However, Don Sewing, a Realtor in the neighborhood, says he’s “not surprised at all” by the results. Any number of factors could have contributed to the disappointing appraisal — the first evaluation could have been too high, for example — but the common denominator is the Chandlers’ neighborhood. “You just can’t go into a bad neighborhood and make improvements and expect to build equity,” he says.

Even in upscale neighborhoods, homeowners may not recoup the cost of massive renovations to a home, says Lindsey of the appraisers’ society. “This is a problem you can get into if somebody has over-improved a property in a neighborhood,” she says. If a suburban homeowner adds a $30,000 rec room, for example, “that house still isn’t going to sell for $30,000 more than the house next door.”

Down at the courthouse, worse news awaits the Chandlers. County records contain only a four-year-old appraisal of the Chandlers’ home: $9,900. In ascertaining that value, county appraisers tried to approximate real market value as closely as possible. They calculated an average value based on sales of houses in the immediate vicinity. The Chandlers’ home valuation is likely to increase when their property comes due for a reappraisal in the next year or so, a county official says.

Marvin says he understands that because of his house’s location and the condition of the other properties in his neighborhood, he can’t expect a huge leap in value. But nothing? “I see why people in this county escape and get out of here when they get some better economic means,” he says. “There’s a sinister conspiracy out there that says, ‘We’re going to rot this neighborhood out.'”

“It’s just a continuation of the old redlining of districts,” Rochelle says, shaking her head. Redlining is an illegal practice among insurance companies and lending institutions that subjects the neighborhoods of minorities and low-income people to higher rates and more stringent policies.

Inevitably, because appraisers calculate property values based on sale prices of nearby properties, low-valued real estate tends to exist in clusters, particularly in Wyandotte County, but that practice doesn’t fit the legal definition of redlining, says Lindsey. “Location is the most important thing in any valuation of property,” she says, noting that the most significant recent increases in real estate values occurred in Johnson County.

Yet Wyandotte County holds much of Kansas’ African-American population — 28 percent — while Johnson County has only 6 percent, according to census estimates. Two Catholic parishes in Kansas City, Kansas, are organizing residents to investigate whether financial institutions are refusing to invest in the community. “People say there’s a problem of redlining in the northeast (KCK) area,” says Sister Mary Geraldine of Our Lady and St. Rose. “I think that’s something we have to look at…. If people are applying for loans, what kind of a chance do they have of getting loans?”

Second mortgage or no, the Chandlers are going to keep doing their part for their neighborhood. “One way or the other,” Marvin says, “we’re determined to get it together piece by piece.”

Only now, the improvements might take longer than expected.