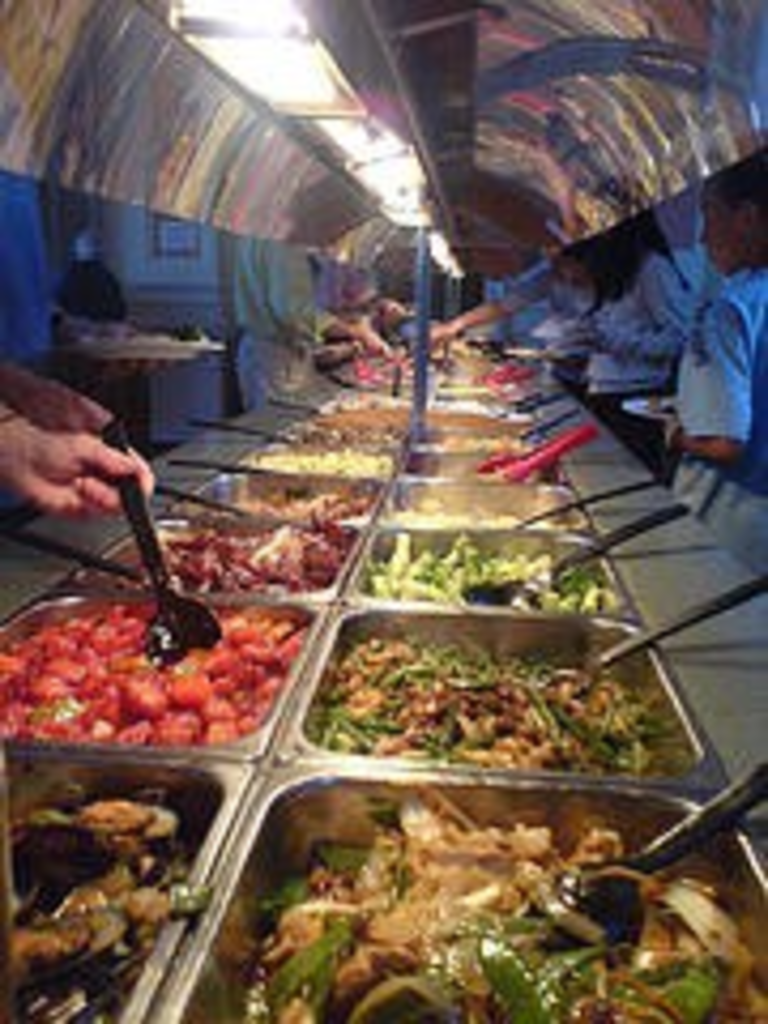 Everybody knows people gorge at buffets more than in other situations, and now scientists are proving it.

According to a study in the Journal of Consumer Research, “When faced with a variety of food choices

in one place, your eyes trick you into underestimating the quantities

of each item, creating a tendency to overeat by about 10 percent.”

Ten percent might not sound like much but the study goes on to say if you go to enough buffets per year, this could lead to an extra 20 pounds of weight gain.

Instead of stating the bleeding obvious that buffets make people fat, I wish scientists would figure out the rationale behind them. I fully admit to being drawn to them, even though I know a better meal at a cheaper price would fill me up also. But there is some animalistic urge about gazing over acres of cashew chicken and fried rice and knowing that, in a way, it’s all yours in a way.