Bruce Hornsby has not heard the new Bon Iver record 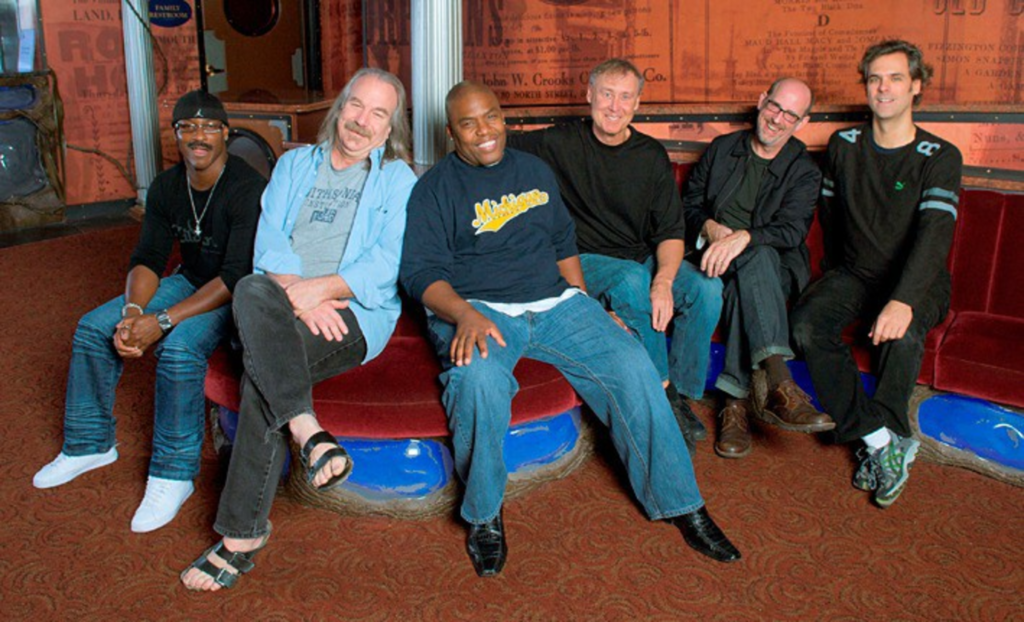 Bruce Hornsby and his band the Noisemakers play Crossroads KC at Grinders Friday along with Bela Fleck and the Flecktones. Hornsby has indirectly been on the mouths and minds of music critics lately. One of the most discussed records of 2011, Bon Iver’s Bon Iver, bears the strong mark of the soft synth work that Hornsby popularized on ’80s hits “Mandolin Rain” and “The Way It Is.”

But Hornsby is hardly an I Love the ’80s one-trick pony, and he has successfully explored genres from bluegrass to pop to jazz in the years since the peak of his fame. Live, his shows are loose and improvisational, reflective of his stint as a touring keyboardist for the Grateful Dead. We had a nice chat on the phone last week.

The Pitch: So have you heard this new Bon Iver record?

Hornsby: I haven’t. I know that the main guy in the band, Justin Vernon, is a fan. I think I first became aware of him about a year and a half ago — I got a Google Alert from an interview where he said he’d been working on some new songs that were influenced by Bruce Hornsby. Usually when I hear somebody say they’re doing something “Hornsby-esque,” they’re talking about the Hornsby of 20 years ago, and I always think, If that’s what they think I am, then that’s too bad.

How do you mean?

Well, it’s funny with me because most Americans know me from seven or eight songs I did in the late ’80s and early ’90s. You know, we’ve changed and evolved. My biggest hit was a song about racism that had two piano solos. That’s hardly my standard formula. But when you have big hits, there are a lot of people that just know a little bit about you. As opposed to a cult artist, where there’s a very small amount of people who know everything about you.

You’ve gravitated toward the improvisational-music, jam-band scene over the years.

I think I’ve always been doing that type of music. Even when we had hits — I mean, “The Valley Road” has long instrumental solos in the middle and the end. Aesthetically, our approach hasn’t changed; it’s just broadened. Those old records don’t hold up to me very well. I certainly don’t think my most popular music is the best stuff I’ve done. Although, of course, I have to think that, don’t I? Otherwise, I wouldn’t keep making music. But I mean, hell, those first records were just me playing a piano along with a drum machine. They were basically demos that became records. I feel like what we do as a band now is more in tune philosophically with improvisational music than it is with playing piano in some symphony hall to a bunch of old people in golf shirts.

You’ve collaborated with an eclectic group of musicians. Can we run through some of those? Starting with Bela Fleck.

Oh, Bela and I are just old partners in musical crime. We met at Telluride in 1989 and have been playing together since. This is our first tour together, but it’s a tour pairing that should have happened years ago. We’re just kindred spirits musically.

What do you say about a guy like Garcia? He was a walking encyclopedia of folk music, this deep well of knowledge. I learned so much about traditional old-time American music from him. I also used to phone-prank the shit out of him. I’d have him thinking he was talking to Ernie K-Doe on New Orleans radio. You know Ernie K-Doe? That song “Mother-in-Law”? [Sings it.] Anyway, I’d wind him up.

Bonnie I will always work with. She’s a soulful white woman, and I like soulful white women. She could sing the phonebook from A to Z, and I’d listen. Playing piano on “I Can’t Make You Love Me” was a proud moment in my career.

Writing “The End of the Innocence” with Don was another proud moment in my career. Later on, Dylan sang it, and anytime you can say Dylan sang your song, that’s pretty amazing.

Lew-Bob? I call him Lew-Bob. Lew-Bob’s very bright and an underrated entity, both musically and artistically. Some of the best things he’s done are things people don’t know about.

Well, that’s my country cousin. After the Dead, working with Ricky is probably the longest, most intense, deepest collaboration of my career. He’s a soulful man, the greatest practitioner of country stank, S-T-A-N-K, that I know of. Ricky just moves me. He sings in a way that’s so real and so honest; he’s just way down in that Kentucky dirt. It can’t help but get under your skin if you’re open to it. 