Billy Eichner’s latest borrows from the best of the genre 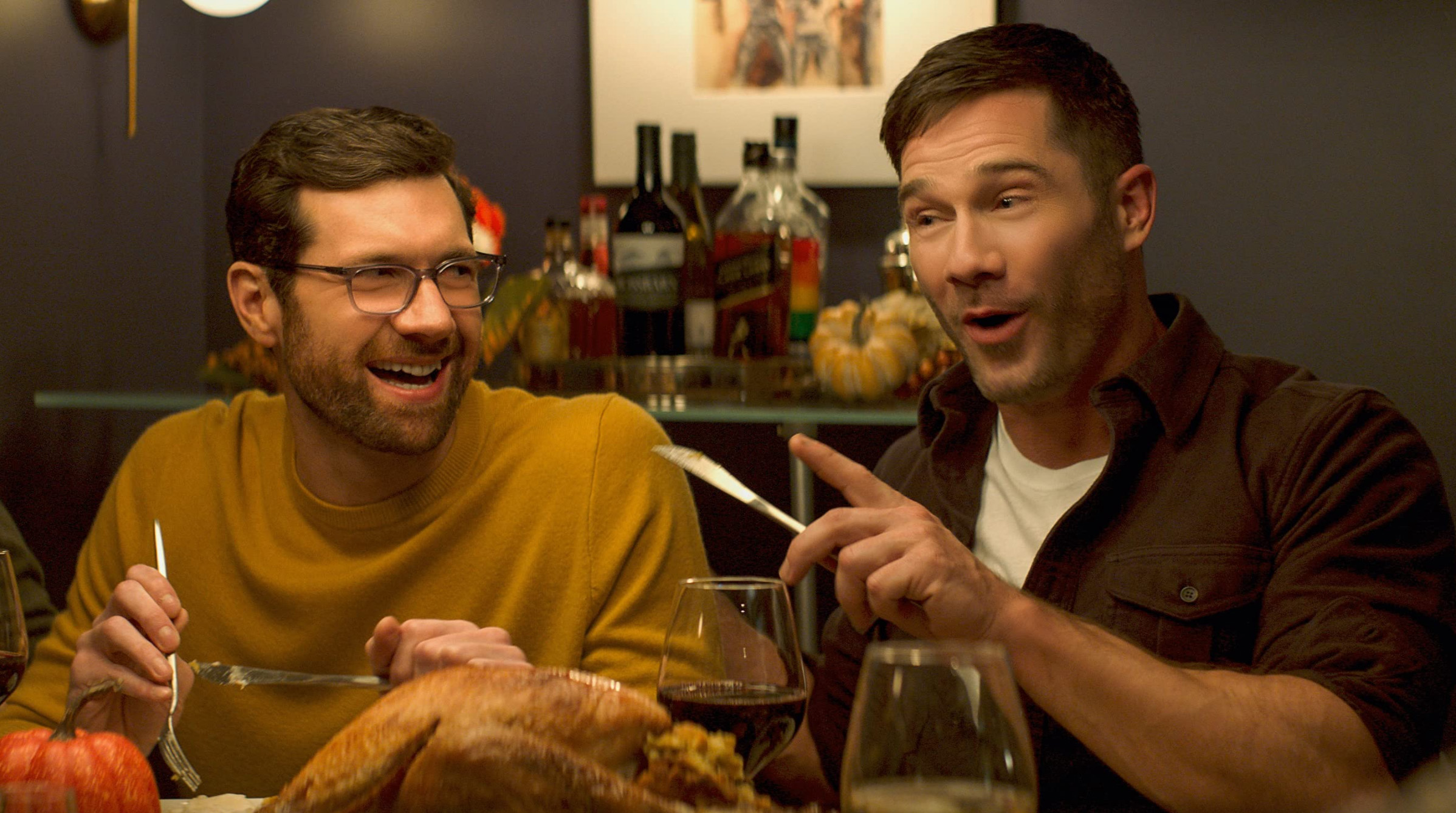 Let’s get this out of the way first: Bros is not the historically groundbreaking film Billy Eichner would like you to think it is. It’s not the first gay rom-com. Hell, it’s not even the first gay rom-com to come out this year. However, self-importance aside, Bros is still a charming, funny movie that, regardless of the occasional eye-rolling pull quote on twitter, is the first good romantic comedy to come out in a while (straight, LGBTQ+ or otherwise).

Eichner, who also wrote the film, plays Bobby, a podcaster and director of a fledgling LGBTQ history museum in New York. He’s acerbic, judgmental and relationship-averse. Those traits get challenged when he meets Aaron (Luke MacFarlane), a fitness nut who loves sports and country music—on paper exactly the kind of man Bobby can’t stand. In spite of that, the two hit it off. Bobby discovers Aaron’s many strengths as their relationship develops, even as his own insecurities threaten to derail what they’re building together.

Bros demonstrates a clear love for the genre, from cheesy Hallmark TV movies to classics like When Harry Met Sally and You’ve Got Mail, even borrowing a bit of the latter’s score for a specific scene. Eichner gets that the best romantic comedies rely on equal parts character development and witty banter. To that end, the movie gives both Bobby and Aaron interiority and distinct arcs. They aren’t thrown together by contrived circumstances, or have a relationship built on false identities. These are two people with great chemistry, but who have some growing to do before the credits can roll.

Bros is also true to Eichner’s distinct acid-tinged absurdist humor. Along with director Nicholas Stoller, he’s assembled a great cast of LGBTQ+ actors and comedians—including Jim Rash, Bowen Yang, Dot-Marie Jones and Guy Branum—who make the most of the material. It’s observant and honest about the sex lives of gay men in a way that until now has been predominantly the domain of straight couples.

There are a few moments where Bros oversteps when it comes to the historical significance of what it’s aiming to accomplish. Bobby’s activism and the plot significance of a museum dedicated to LGBTQ history is a little too on-the-nose. While that history is often taken with a lighter touch and plenty of self-aware humor, there’s the occasional feeling that Bros is trying to have its cake and eat it, too. It’s great that Eichner feels he has a platform to express himself and his interests fully. However, he’s not the first gay person to be given that opportunity. Behaving so erases the work of many trailblazers before him—many of them women and people of color.

The positioning is sometimes a little much, but when taken simply as a romantic comedy, Bros is a great example of the form, one that’s been lagging in quality in recent years. The dialogue is snappy, the characterization is thoughtful and the world the characters inhabit feels like a space people actually live in. Bros may not be a landmark, but the movie is delightful enough that it doesn’t really matter.