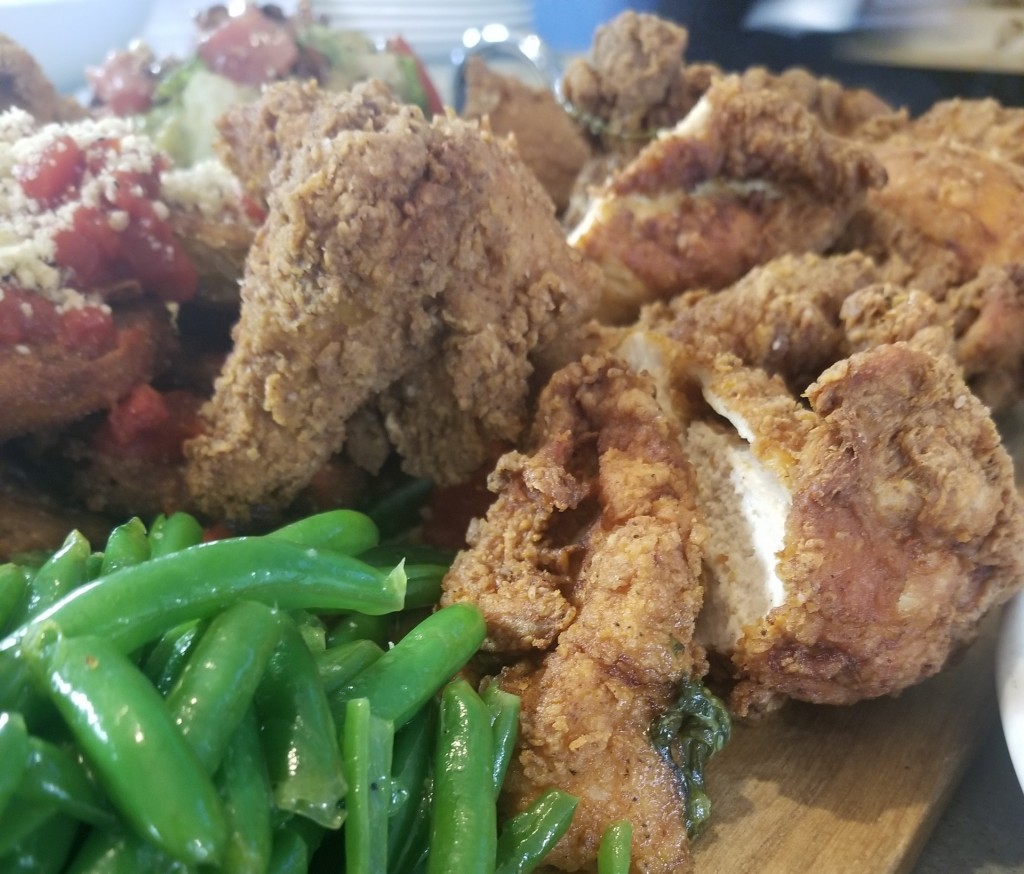 To hear chef Charles D’Ablaing tell the tale, he was destined to open a fried chicken restaurant. Over the years, the fine-dining chef had perfected his homespun recipe along with other tasty, high cholesterol-inducing Southern fare.

Brookside Poultry Company was his first venture into the market—in a teeny, tiny Brookside alcove, no less. To say it was a huge hit wouldn’t do justice to huge hits everywhere. D’Ablaing was selling out almost every night. If you wanted his weekly chicken fried chicken special, you had to order days in advance. But D’Ablaing remained stifled by the cramped quarters. 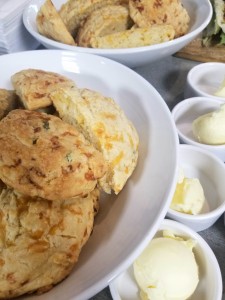 So, when the chicken connoisseur found a bigger picnic-meets-industrial space, he was all in.

Until the pandemic hit with a vengeance.

“It was painful,” D’Ablaing laments. “We moved in the middle of the pandemic lockdown. We were selling and purchasing a new home, living in a small apartment with a new baby, and just trying to get things done to move the family and the business at the same time. Oh, and everything was shut down.”

Fast forward to a recent press event and D’Ablaing got the chance to show off his new-ish, family-friendly digs—alongside a menu of curated comfort foods. When ravenous patrons asked what the secret behind his soon-to-be iconic fried chicken was, he was quick to answer.

“Buttermilk may be more traditional, but I use sour cream instead of buttermilk because it has lots of yummy fat in it,” D’Ablaing says. 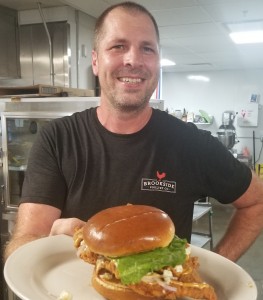 The chef also adds the restaurant’s relaxed vibe was created by design.

“I got tired of eating at places with my young kid and feeling uncomfortable about the commotion he might cause in a nicer restaurant,” says D’Ablaing. “So, I wanted something super family-friendly that you can let your kids tear the place up, but also one where parents can have a chef-quality meal.”

Besides ample spacing between tables, crayons and paper are in abundance.

“Kids can’t make much of a mess, and can get up and move around,” he says. “Plus, we don’t have a kid’s menu because there are already plenty of foods kids like—especially the chicken tenders and wings.”

D’Ablaing’s extensive menu also pays homage to plenty of Southern-inspired staples as well. If you don’t order the shrimp and grits and/or fried green tomatoes, you’re not living your best life. 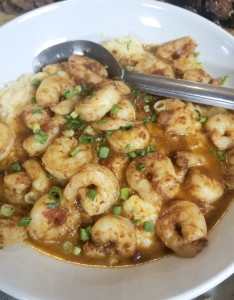 “First, we use our brine-roasted, locally raised, pasture-fed Barham chickens off the spit,” D’Ablaing says. “Second, it’s almost all chicken. We don’t mess around with silly grapes and nuts in our salad.”

D’Ablaing says he wants people to know he’s serving up high-end eats with a non-pretentious vibe.

“Restaurants like ours—locally owned and operated—still need help. We need diners,” he says. “We need people to come in and spend money. We are all hurting.”