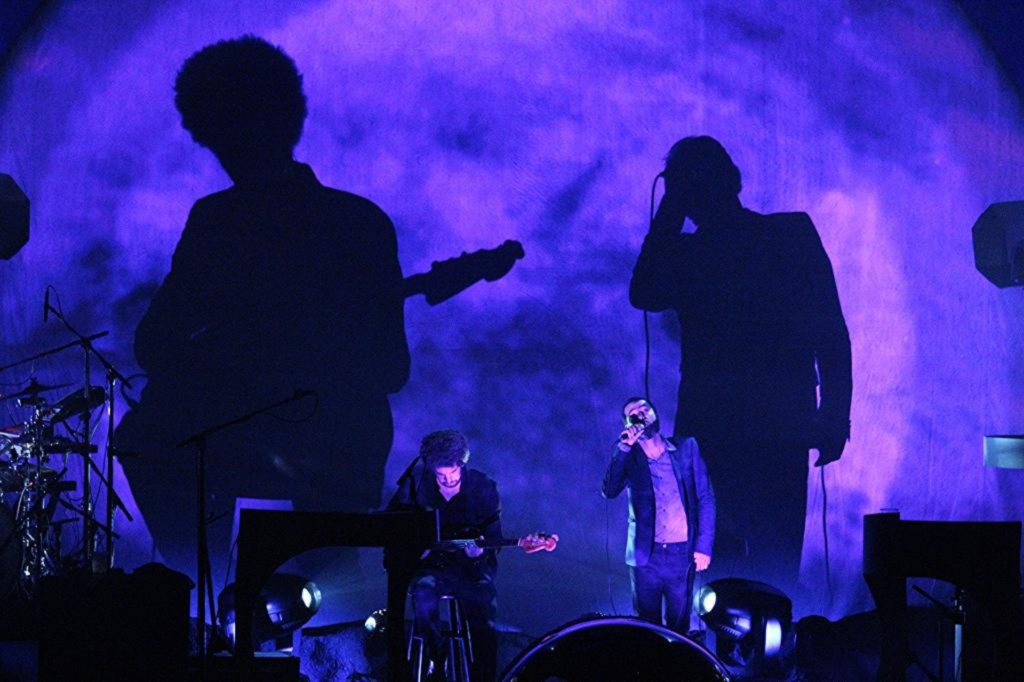 Last night’s Halloweenie Roast, part one the annual fall mini-festival thrown by 96.5 The Buzz, wasn’t marred by the day’s relentless rain – rather, the damp, dark weather well matched the heady moodiness set by the night’s acts. Phantogram and Broken Bells closed out the evening, the former bringing a stronger performance than the latter (would that the order of their sets had been reversed).

The show began at 5:30 p.m. – an interestingly early start time for a Thursday show in the fall, leaving little opportunity for cubicle drones to catch Brooklyn-based acts Haerts and St. Lucia. Both were very strong bands that hopefully (for this worker bee, at least) return to KC on their own to smaller venues and later set times. 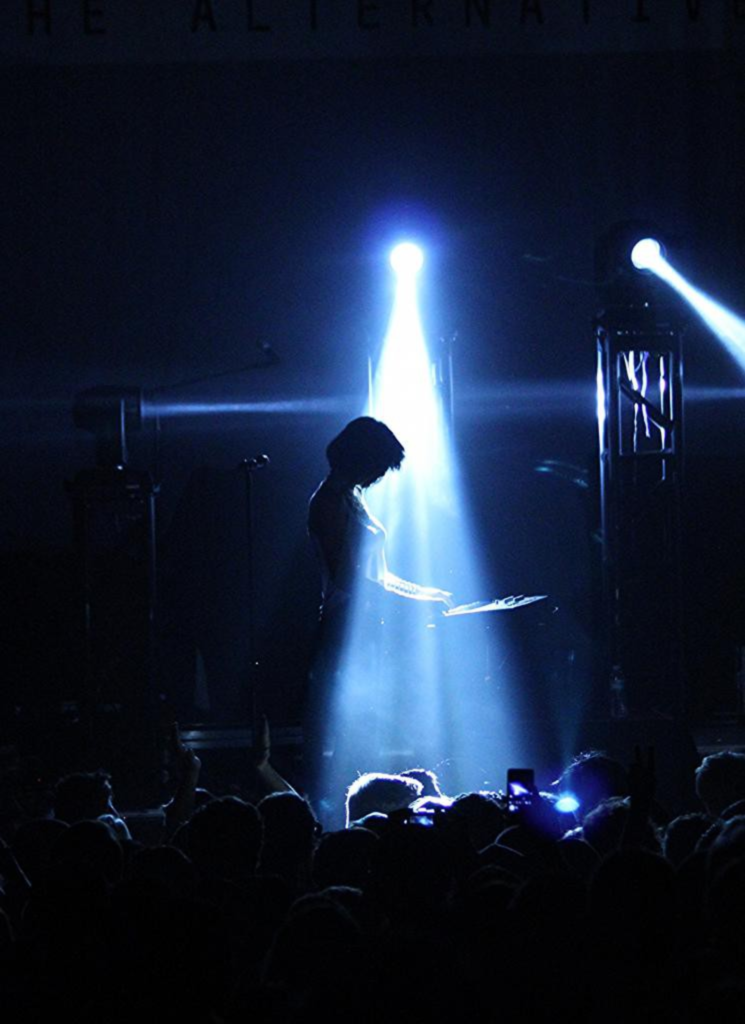 By 8 p.m., the venue was at about 60-70% capacity. The stage fog pumped and the crowd swayed as it waited for New York’s Phantogram, who were introduced by afternoon Buzz DJ Lazlo. As the band moved toward the stage, some light feedback buzzed coolly throughout the venue, before launching the lights and diving into the beat and bass-heavy “Nothing But Trouble,” from 2014’s Voices. 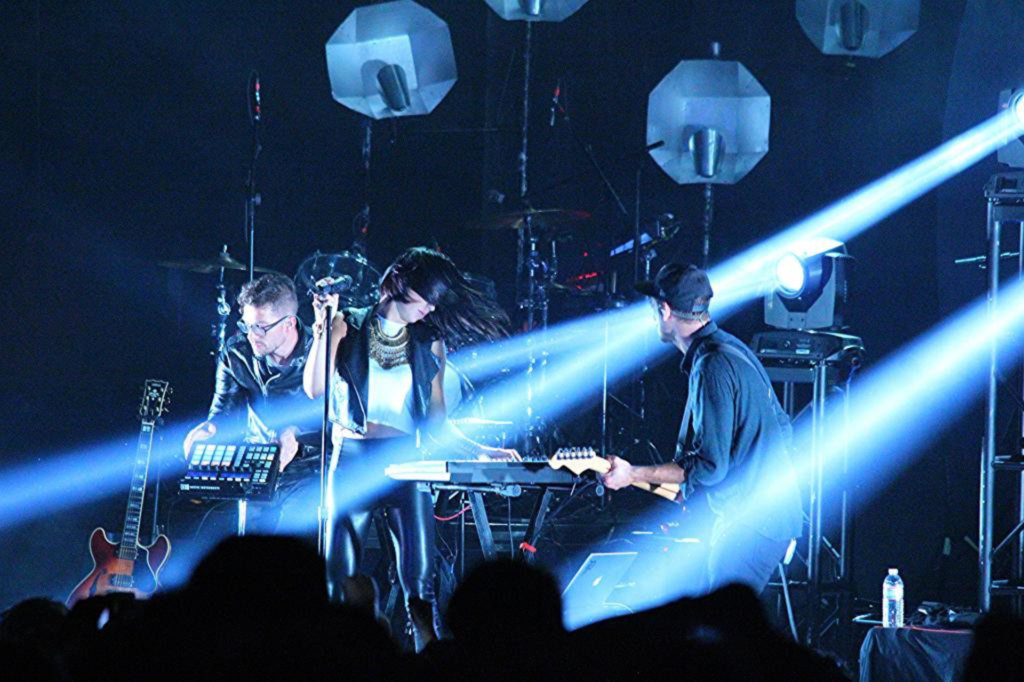 Over the course of two albums and a handful of EPs, Phantogram has managed to manufacture a sound that tightly blends electronic and instrumental elements. It’s great to hear on record, but I wasn’t sure what to expect from a live performance. There certainly were plenty of pre-recorded vocals and buzzy synths present, but there was a lot more actual live instrumentation happening than I had anticipated: live drums hit in time with the pre-recorded electronic beats, and Sarah Barthel – looking amazing in black leather pants and gold statement jewelry – sang over her own backing vocals.

The effect was as appropriately hazy, reverb-drenched and mood-setting as Phantogram’s recordings. The strongest points in the band’s hour-ish set included the beat-heavy dance track “Black Out Days” and their best-known track “When I’m Small.” 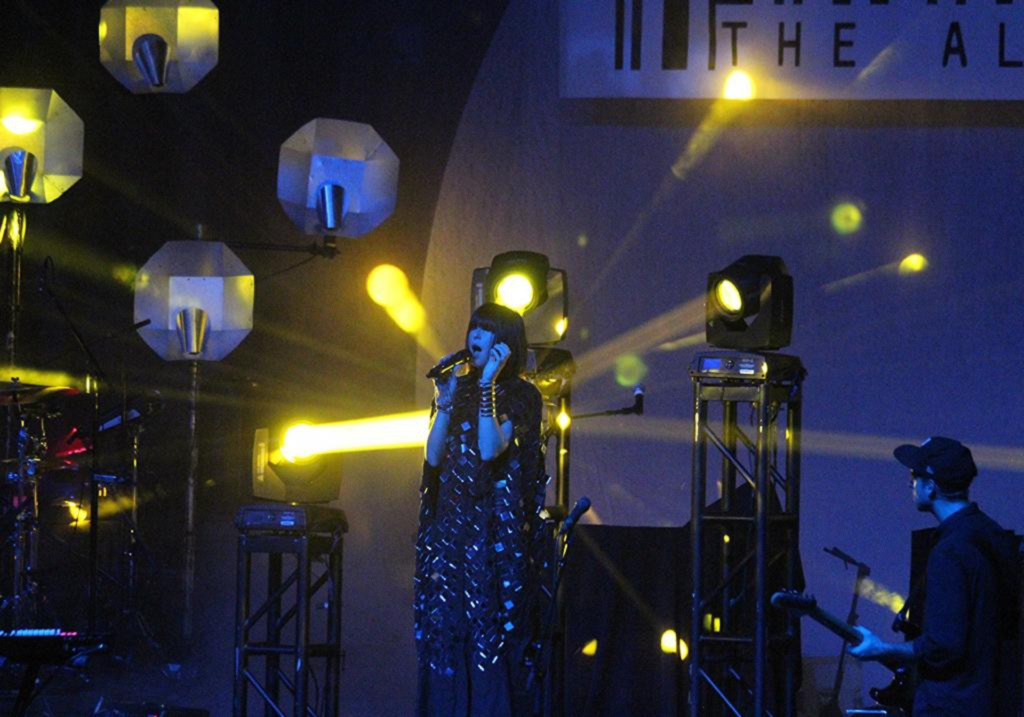 The set was strong enough, filled with enough well-known material and pulled off with enough polish that it felt like it was coming from a band with more time under its belt. The young crowd responded with a lot of affection and enough energy that it was clear that perhaps Phantogram should have been the evening’s closer. 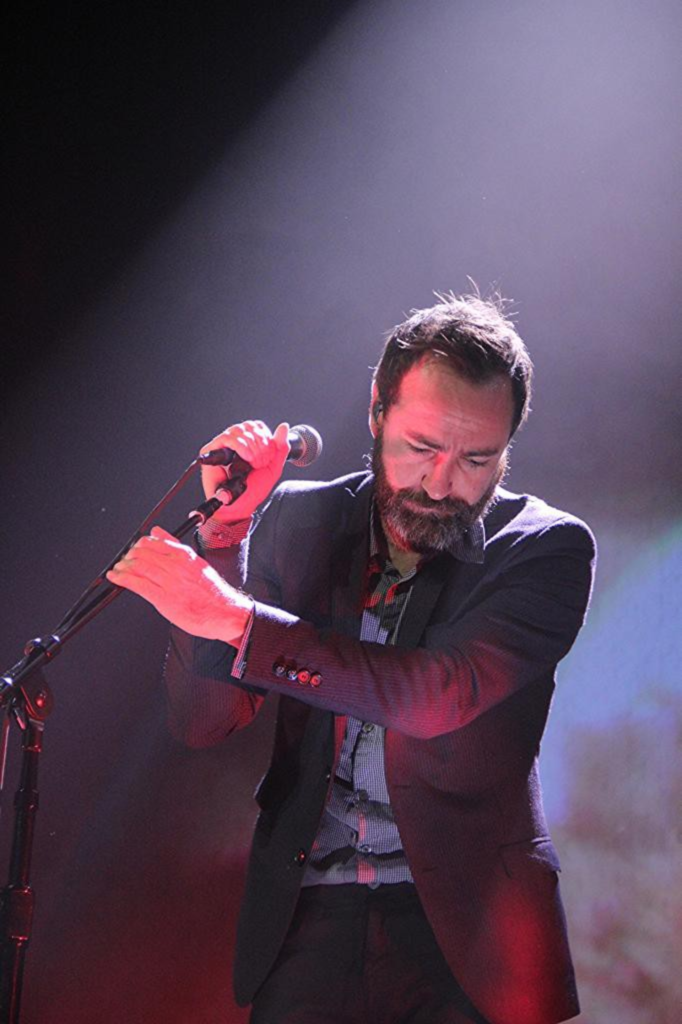 Broken Bells features a seemingly unlikely duo of the Shins’ James Mercer and Brian Burton, better known as Danger Mouse (member of Gnarls Barkley, and producer of the Jay-Z/Beatles Gray Album mashup fame). The band has now somewhat quietly released two albums, in between Mercer’s work with the Shins and Danger Mouse’s workhorse streak with Norah Jones, the Black Keys, U2, and more.

A space theme runs through much of Broken Bells’ work, and as the show opened, a blood moon flashed on the half-moon LED screen behind the performers, each set up behind what looked like space podiums, made of white acrylic, and housing the artists’ keyboards and mixers. Mercer and Danger Mouse both easily show their performance proficiency with Broken Bells – Mercer really does have a strong, wide-ranging voice, and with all of the production work that Danger Mouse is so well known for, it’s something to see him actually performing – moving from mixers to guitars and then to drums. 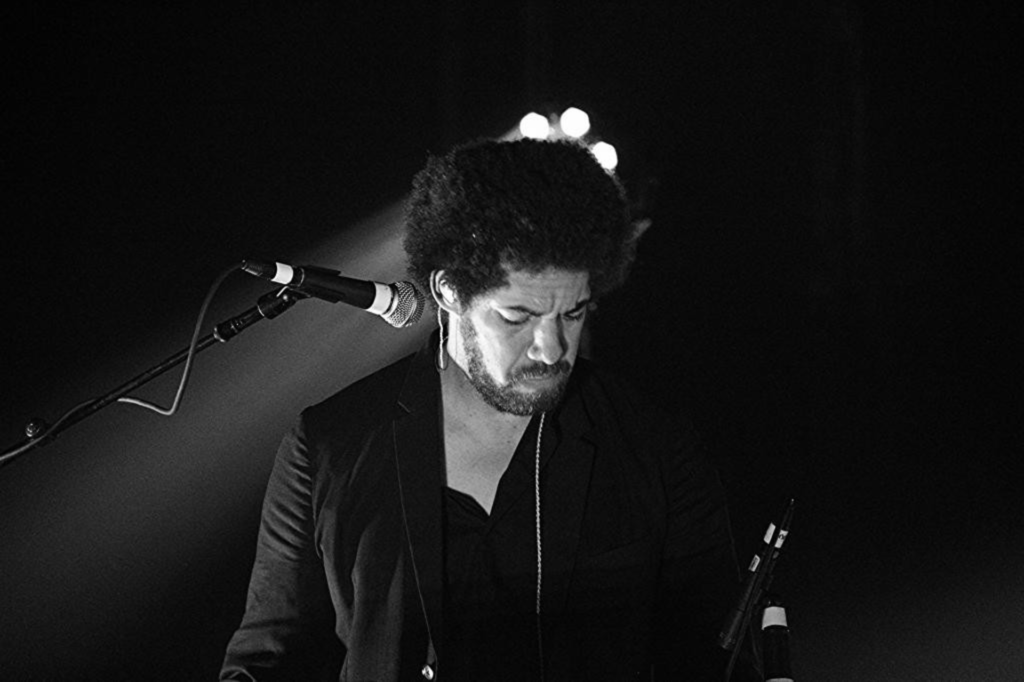 But frankly, the pair looked bored, in spite of the giant psychadelic red moons behind them and glowing balloons bouncing around in the audience. There are plenty of artists who make a habit of not appearing to really enjoy making music onstage (cough, the Pixies), but unfortunately, for a significant portion of the audience last night, this feeling transferred. About a fifth of the audience left during the set, trickling out into the light rain.

That said, about as many audience members who left had counterparts that were blissing out throughout the crowd. Mercer and Burton are both solidly capable musicians who, despite the bored appearances, played their set crisp to the note, and faithfully to their recorded material. High points included a warm performance of “Perfect World”, “Control” and The High Road.” This is a band perhaps overly burdened by hype, but it’s hard not to hope for the combination of the efforts of Mercer and Danger Mouse to exceed the work they have done on their own. The material and the performance are just not quite there yet. 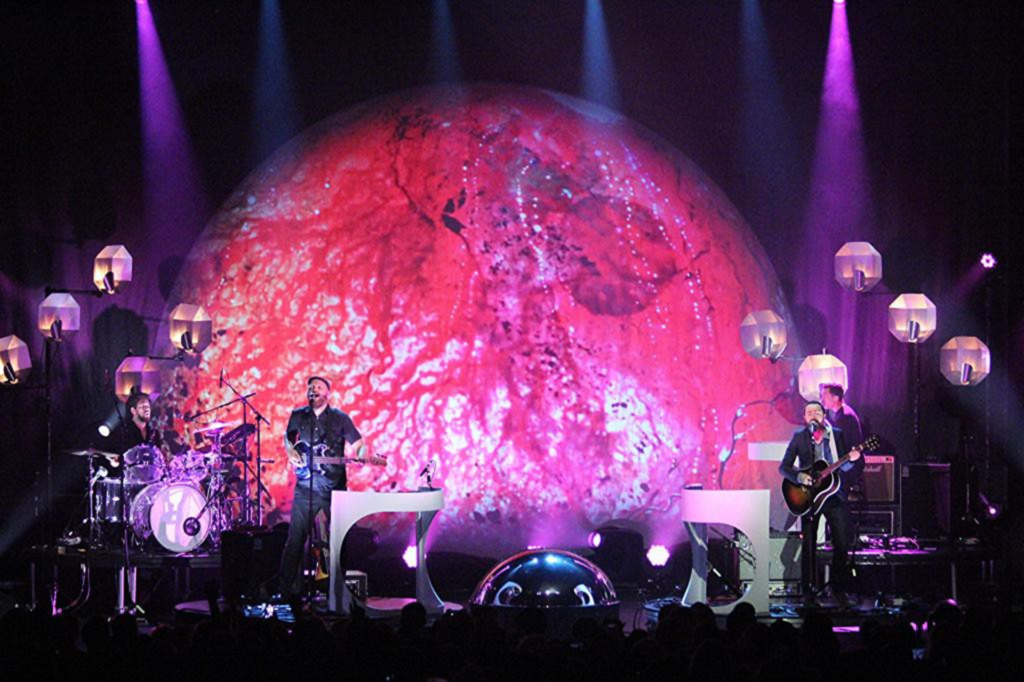 Phantogram Setlist (approximate, leave corrections in the comments)
Nothing But Trouble
Running From the Cops
Mouthful of Diamonds
Black Out Days
Turning Into Stone
Don’t Move
Bad Dreams
Bill Murray
I Don’t Blame You
Fall in Love
Howl at the Moon
When I’m Small