Brody Buster gets his second wind 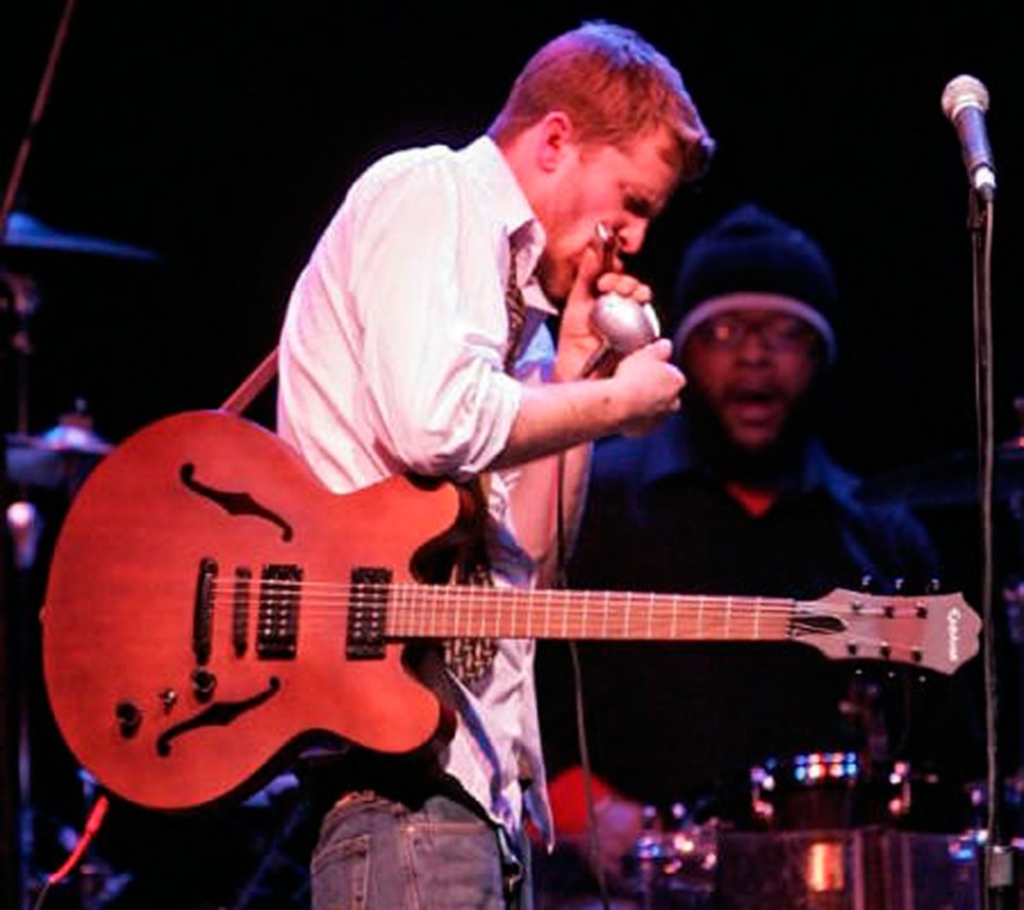 When Brody Buster was 7 years old, he picked up one of his mother’s old harmonicas and taught himself how to play it. A year later, he was jamming on Beale Street. When he was 9, B.B. King referred to him as “one of the greatest harmonica players of our time.” He appeared on The Tonight Show at the age of 10 and, at 12, shared the stage at the Montreux Jazz Festival in Switzerland with Quincy Jones, Isaac Hayes and Keb’ Mo’.

These days, his career isn’t quite the whirlwind it once was. As child prodigies mature, the spotlight fades. But Buster, who has settled in Lawrence, has grown as a blues artist and continues to make his living as a musician with the Brody Buster Band. We caught up with him on the phone at Lawrence Memorial Hospital, shortly before the birth of his first child.

The Pitch: Congrats on the new baby! How do you think it’ll change things in terms of your music career?

Buster: Having my first child is a great thing. We’re naming him Ziggy Wayne Buster. Music is the only thing I know how to do, and it will be the only way I support my family. Maybe someday Ziggy will follow in his dad’s footsteps. As far as playing shows goes, we’ll start gigging again in two days. The band won’t be taking any time off.

How do you feel that your playing has changed since around 1999, when you were traveling and playing with big names?

I feel like I’ve progressed as an artist in many ways since then. Now, I play all of the guitar parts. I’ve also adapted my harmonica playing to sound more modern. And the new album, Will Die Young, is the first that I’ve put out where I did all of the writing. The band has been a trio for the last three years, and I think it’s made me a much better musician and bandleader.

As far as the young Brody goes, it will always be a part of the band’s past. I feel that the music we’re playing now — and the shows we are putting on — speaks for itself. I think a lot of people that go see our shows have no idea that I was a “child star.” I say put it in the past and move on.

Will Die Young is your fourth album, right?

Yes, but to me, the other albums don’t count because I was too young to even know what I was doing. This is the first one I’ve put out in almost 10 years. The last album I did was just a live recording from the Grand Emporium (2002’s Live from the Grand Emporium). This one I wrote, and it’s produced by Jeff Nelson, with Chris Handley on bass and Tommy Dimmel on drums. To me, Will Die Young is my debut album.

What do you think about the local blues scene these days? Would you agree that it has expanded to include classic-rock and Southern-rock bands?

The local blues scene isn’t so bluesy anymore. You see a lot of rock and roll, blues and country. As far as my band goes, we still do the blues, but we also play other types. We keep a good following around town by playing music that all ages and types of people can enjoy. The blues will never survive if it doesn’t adapt. And so that’s what we’re trying to do.