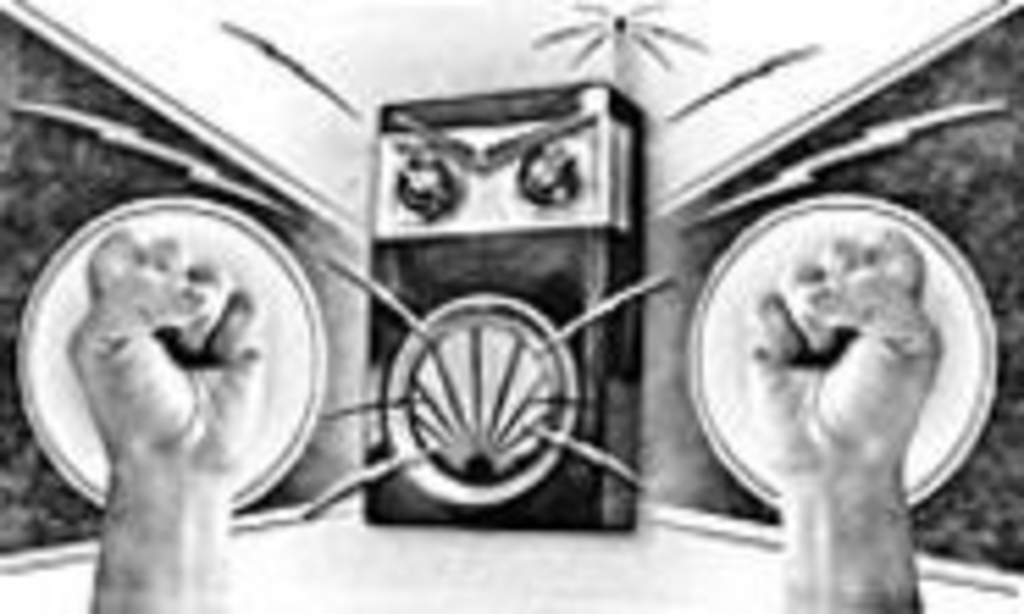 On February 15, KKFI 90.1 listeners tuned in at 9 a.m. to hear Democracy Now, a national newscast devoted to stories ignored by mainstream media. But instead of hearing the Pacifica Network program, listeners were treated to the somber voices of 90.1 board president Chuck Tackett and board members George Biswell and Jim Olenick.

“She will be speaking, but she may not be speaking for the reasons you might imagine,” announced Sean Smith, a 90.1 staffer and the programmer for that day’s show. “We want to clear that up.”

Friends of Community Radio is battling 90.1’s board and management for control of the station, and the fight has taken on national significance now that Pacifica has finally dislodged leadership that had squelched grassroots voices at the network and at other stations around the country. The FCR is made up of former and current 90.1 programmers and volunteers who insist that 90.1 general manager Robert Barrientos is moving the station away from its community roots to the mainstream. The shift hasn’t been a secret: Broadcasters now routinely refer to 90.1 as “public radio” rather than “community radio.”

Since 90.1’s controversial board election last April (Barrientos’ opponents claim he acted under a set of illegal bylaws and stacked the board with handpicked cronies), six of twelve board members have resigned. At least two departed in protest of the increasing number of “closed sessions” of the not-for-profit organization’s board.

During the hijacked hour February 15, Biswell, Tackett and Olenick tried to embarrass the FCR by playing taped excerpts from 90.1’s December board meeting, at which Pacifica campaign activist Denis Moynihan from New York harangued the Kansas City board. “Where you work, where you worship, where you recreate, we will be there to drag this sham board and its conduct into the public light,” warned Moynihan.

“We want our listeners to know the event they are attending tonight is sponsored by such individuals,” Biswell told Democracy Now‘s audience.

“[Moynihan] is a paid mercenary from New York City,” declared Olenick. “[Friends of Community Radio] is a group of terrorists who see their way of thinking as the only way of thinking.

“Bring it on, big boy!” Olenick challenged Moynihan on-air. “You ain’t got the balls to do it!”

That evening, more than 400 people attended Goodman’s speech while Tackett, Olenick and Biswell distributed fliers outside proclaiming that the event was not a benefit for the station. At 90.1’s board meeting the following week, about 25 community-radio supporters crowded into a conference room. Democracy Now had not aired on 90.1 since the day before Goodman’s Kansas City appearance.

“If it is true that because of Amy Goodman coming here, that [show] was pulled off the air, I want [Barrientos] fired,” said one man.

The following day, Democracy Now was back on the air.

“We consider that a victory,” says Tom Crane, an organizer for Friends of Community Radio and one of the original founders of the station.

Tackett calls the board’s decision to pre-empt Democracy Now “damage control.” The station had received telephone calls from people who thought the Goodman event was sponsored by 90.1.

“I felt that what was going on locally in Kansas City was more important than airing Democracy Now that day,” Tackett says.

A lot has been going on in Kansas City, in fact. Since Barrientos was hired as general manager in June 2000, numerous programmers have resigned on-air with dire predictions of the station’s demise. Barrientos says he’s just trying to run 90.1 like a professional radio station and that programmers who resigned weren’t willing to put in required volunteer hours. Recently, however, even volunteers and staff once willing to give Barrientos the benefit of the doubt have joined with Friends of Community Radio to “reclaim KKFI.”

“The whole atmosphere has changed,” says former 90.1 program director Wendy Neutzler, who resigned her paid position in October 2001. Neutzler also hosted Your Morning Buzz, a daily blues show. “There used to be camaraderie and respect for each other. Now volunteers are treated with total disrespect.”

Neutzler grew tired of Barrientos’ abrasive management style, she says, and was ready to move to another job. However, she was under the impression that she could still volunteer at 90.1 as a programmer, hosting an afternoon blues show.

“I told him I’d like to do my afternoon show, and he told me, ‘I’ve already got that covered,'” recalls Neutzler, who was later horrified to hear Barry Manilow crooning during her old time slot.

Last December, the station’s members passed a resolution allowing reprimands and dismissals of parties “uncooperative with station management and board of directors” as well as individuals “entwined with Denis Moynihan” or the FCR.

Then, in a closed session of the board of directors on January 5, George Biswell motioned to use that resolution to dismiss four outspoken critics of Barrientos and the board — Steve Peters, Karen Wright, Judy Ancel and Sharon Lockhart — from their volunteer positions as programmers due to “violation of station policy,” according to minutes from the secret meeting.

“All of the people who formed Friends of Community Radio did so extremely reluctantly,” says Judy Ancel, one of the hosts of Heartland Labor Forum and the region’s pre-eminent expert on labor issues. “We figured we’d be purged as soon as they found out who we are.”

Since 90.1 brought Democracy Now back, Pacifica has pre-empted its own satellite feed of the program in order to conduct fundraisers that Barrientos, citing FCC regulations, has refused to broadcast. Pacifica’s turmoil has left it millions of dollars in debt, forcing it to terminate an evening newscast. The station is exploring alternative news options, Barrientos says.

At the February 20 90.1 board meeting, several people who addressed the board suggested mediation for the station’s management and volunteers, whom they said wasted time squabbling instead of creating a station worthy of 90.1’s enviable 100,000 watts of power (most community radio stations have less than 50,000).

“We’ve agreed to start the process,” says Barrientos, although he was unsure of exactly what that process is.

Mediation is “currently under consideration,” says Robin Martinez, counsel for Friends of Community Radio, who is conferring with 90.1’s attorney. “Nothing has really been set.” Neither side seems ready to budge.