Brewery Emperial’s food lives up to expectation, Swordfish Tom’s sets an opening date in the Crossroads, plus the week’s restaurant events 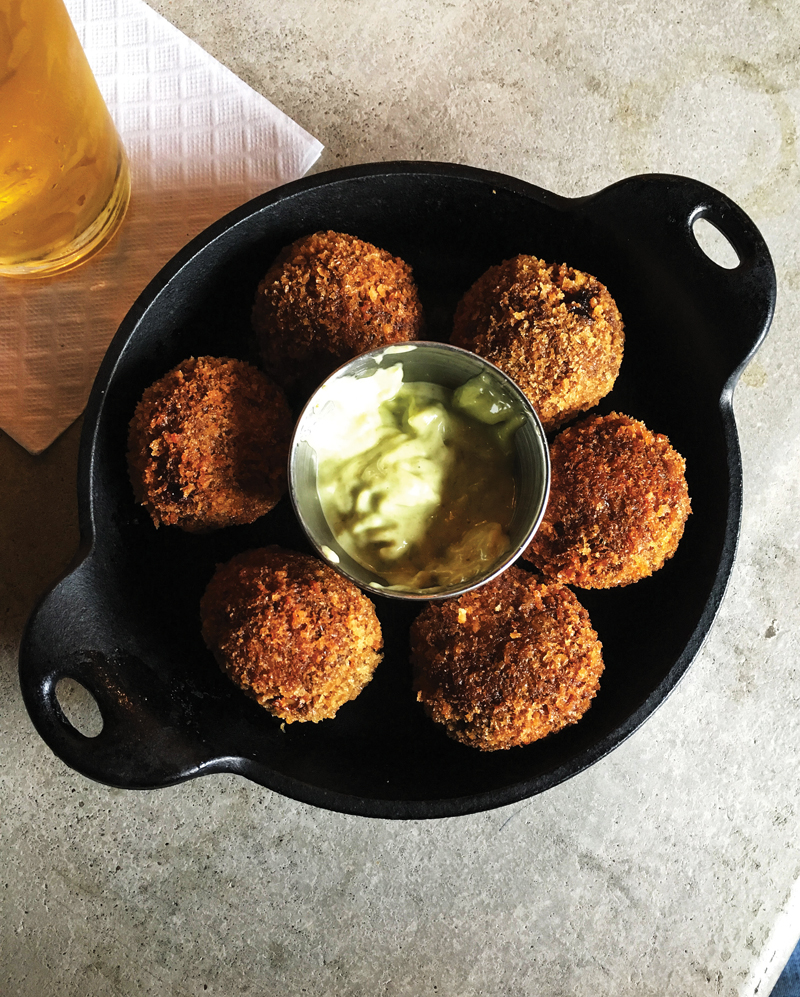 There is no shortage of spots to enjoy locally brewed beer in Kansas City, but only one serves food by chef Ted Habiger. Brewery Emperial, nestled on the east side of the Crossroads at 1829 Oak, doesn’t resemble Habiger’s other businesses (Room 39, Sasha’s Baking Company), but it’s not hard to recognize his hands on the menu, which focuses on local ingredients and distinctive presentation. Here, though, that effort is in the service of good beer.

To that end, Emperial is serving six of its own beers so far: Kölsch, Biscuit, Porter, IPA, Pilsner and Milk Stout. (There’s also a full bar.) On a recent visit with a small group, I sampled two diverse but equally well-balanced beers, the Kölsch and the Milk Stout, though I was there mostly to try Habiger’s food.

Among the starters are tempura-fried pickles, chorizo-and-black-bean meatballs, a duck-confit Scotch egg, and a dish of spinach gnudi and oxtail. My group sampled the meatballs and the gnudi; the former tasted less of chorizo than of bean and were more fritter than meatball, having been rolled in panko before a dip in the fryer. They were perfectly crisp, and paired well with the accompanying grilled scallion aioli. Far deeper and meatier were the flavors of the gnudi and oxtail, which could be an entrée. The ricotta gnudi were impeccably soft inside just a wisp of breading, and the stew was thick, rich and well-seasoned.

We also ordered sandwiches ($9 to $12). The falafel burger, served with a cashew-yogurt-cucumber sauce, held together well, passing a critical veggie-burger test, though its flavor was a bit mild. Bolder was the very messy but satisfying short-rib hot dog, which came slathered in relish and mustard. 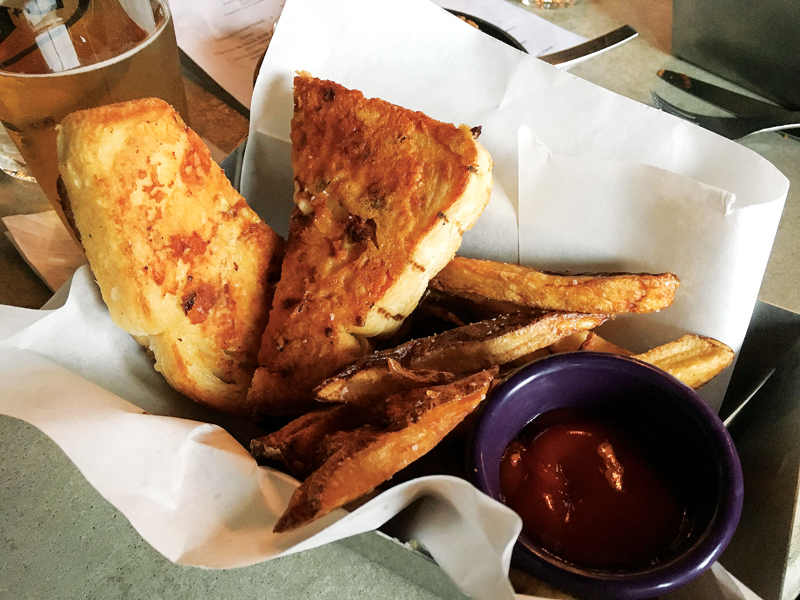 The inside-out grilled cheese — the sandwich’s aged cheddar is inside as well as outside the bread, resulting in a cheese-crisped exterior — was the most texture-rich of the sandwiches we tried, with leeks, scallions and chives providing crunch. That sounds like onion overload, but leeks were rendered to the point of sweetness, which made the sandwich smooth. All options included hand-cut fries.

Brewery Emperial, which opened in late December, is a partnership among Ted and his wife, Jackie Kincaid Habiger; master brewer Keith Thompson and his wife, Julie Thompson; and director of operations Rich Kasyjanski and his wife, Shannon Kasyjanski. With the wood-fired hearth in the kitchen visible from the dining room, the interior space — centered on natural wood and string lights — is casual and invitingly intimate. It seats about 65 inside, with a spacious patio outdoors awaiting warmer weather.

Another project in the Crossroads is nearing its opening date. Swordfish Tom’s, a hospitality-oriented, 30-seat pre-Prohibition cocktail bar at 210 West 19th Terrace, will open its doors in late March or early April. The bar, owned and managed by industry veteran Jill Cockson, will focus on cocktails, mocktails and fresh juices — no beer and no wine. The name of the bar is a nod to musician Tom Waits.

“Classic recipes are simple, elegant, well-balanced and reverent of the distiller’s passion,” explains Cockson in an email. “We allow classics to provide the templates for modern executions.”

Cockson plans, for example, a beet-centric spin on the classic Boulevardier, and a Negroni inspired by Mahatma Gandhi (using, rather than British gin, Genever, along with a salt solution that pays tribute to the peacemaker’s legendary salt protest). She also plans to incorporate Colonel Jesse’s Small Batch Tonics, which she produces.

“The minimalism of classic cocktails requires a more in-depth understanding of what each ingredient imparts to the recipe,” she says. “It’s easy to overcorrect or mask imbalance with complexity. It’s more difficult to do so with a three-ingredient classic.”

Howard’s Café & Grocery (1708 Oak) is launching its new happy hour tonight, extending its hours until 7 p.m. Tuesday through Friday and serving a range of small plates. Tonight, the doors will be open until 8 p.m.

While you’re in the Crossroads for First Friday, be among the first to meet the makers and sample the wares of KC Cider Company during a tasting from 5 to 10 tonight at the Michael Molick studio at the Bauer (115 West 18th Street). Flavors include the Jack Bauer 1 (sweetened with honey) and 2 (flavored with lavender and hibiscus), and the TK-421, a dry-hopped cider.

If you’re feeling brunch-decadent today, Jax Fish House and Oyster Bar (4814 Roanoke Parkway) sees you and raises you with a bottomless crab special. Start with a half-pound each of steaming snow and Dungeness crab, with two sides (biscuits and gravy count), and keep adding the crab, a half-pound at a time, until you’ve had your fill (limit two hours). The special is $48 a person; add bottomless mimosas or bloody marys for $12.