Brewer’s Kitchen is beating the odds in North Hyde Park 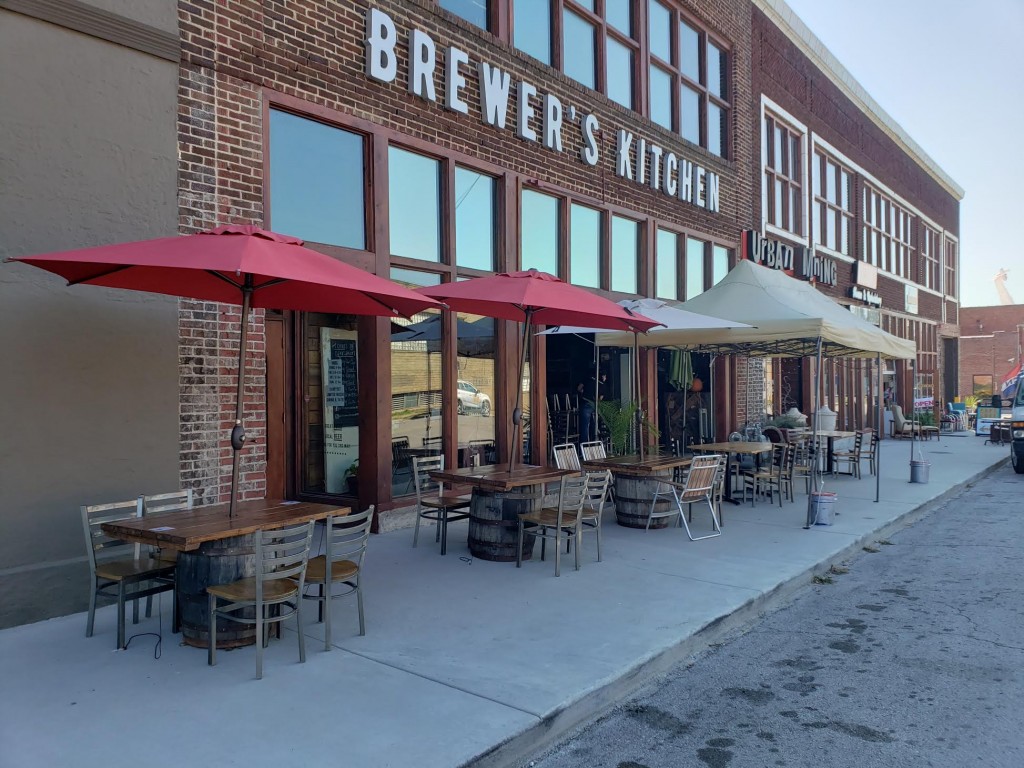 Chris Riggins began college with no aim of starting his own restaurant. While studying business at the University of Iowa he was introduced to the entrepreneurial program. These courses made him fall in love with the idea of selling something he made himself.

He graduated and accepted a job in the restaurant business. Eventually, he worked his way up to regional training manager for Outback Steakhouse. In late 2017, his job sent him traveling all over the United States to check out different restaurants.

While in Cleveland, waiting on a delayed flight, he sat in the airport worrying about his grandmother who had recently fallen. In his eyes, she was the strongest woman in the world. “I thought to myself, ‘you know what I do not want to reflect on, a seven-hour flight delay in Cleveland, Ohio. I want to reflect on the person I became and leave nothing at all on the table so that I don’t regret life when I am faced with my moment of sitting in the nursing home,’” says Riggins.

His grandmother passed shortly after, and he took it as a sign that he needed to further examine the idea of opening his own restaurant.

To make his restaurant unique, he thought about cooking with beer. Lots of restaurants cooked with wine and spirits, but beer would be something different. “That night I went and bought a six-pack from my local grocery store and started the experiments,” remembers Riggins.

He knew the next step would be to quit his job and truly pursue this concept.  “My dad has always told me ‘the best way to get to the other side of the fence is to throw your hat over and force yourself to climb the fence.’ I threw my hat over the fence and put in my month’s notice with work,” says Riggins.

Finding the location didn’t make things less complicated. The bank he was working with ended up not funding him due to the government shutdown and over committing to other businesses. Riggins worried he may have made the wrong decision, but there was no sense in fretting; he moved forward. Finding ways to save money was imperative. Having dabbled in woodworking in the past, he built all of the tables and benches in the restaurant. Family and friends helped sand and stain the tables. Seeing how expensive large art pieces are made him design the artwork that would be displayed on the walls. He even created his own blueprints. “Yes it was hard, yes it was stressful, no I didn’t sleep well, but I believe the passion I have for my business now shines through, not only in the food, but in the tables, décor, and more at the restaurant,” says Riggins.

Brewer’s Kitchen [31st and Gillham in North Hyde Park] officially opened to the public on June 14, 2019. Everything was going well until October when business slowed. After investigating his Google Business page he realized that 60 five-star reviews had disappeared. Google was unable to fix the problem, so the restaurant just had to wait. It wasn’t until the middle of January that things finally returned to normal.

“A new business doesn’t plan to see such a drop in sales like we experienced in October, November and December, and that hurt me both financially and, in my opinion, stunted the growth of Brewer’s Kitchen in a critical time to be growing new customers,” says Riggins.

During tough times Riggins is extra passionate in the fight to keep his restaurant going because of how hard he worked to build it. “I sanded and painted the kitchen floors, I built the tables, I did the artwork and so many other things. Many others helped me along the way and I owe them to keep fighting stronger and harder than ever to thank them for the help they gave to me to open Brewer’s Kitchen and allow me to follow my dreams and create my own path,” said Riggins.

The mission statement at Brewer’s Kitchen is “great food, great local beer, surrounded by people that make you feel valued.”

Riggins explains that the last part is for both the customer and his team. He wants everyone that comes into Brewer’s Kitchen to feel important and know that he values their time and resources. He ensures that customers feel heard and valued through the excellent fresh food the restaurant provides. He also wants the team to feel appreciated.

The food at Brewer’s Kitchen is locally sourced fresh food and never frozen. In fact, you won’t find a single freezer or microwave in their kitchen. It’s not easy, especially in today’s environment, but they are enthusiastic about providing quality food. “After the pandemic began, not having a freezer meant that we had to be very careful with our operations to not waste food and meticulously control our costs,” says general manager Philip Nixon. “It’s not always easy, especially right now, but it is always the more rewarding way to go I think,” he added.

COVID-19 has changed how all restaurants operate and Brewer’s Kitchen is no exception. Restaurants are hurting and restaurant owners are facing tough decisions. They are running with smaller crews and offering fewer hours. Everyone, including Riggins, has had to work harder with fewer resources.

Since reopening, Brewer’s Kitchen has followed all CDC recommendations and spaced tables out with an extra focus on caution with seven to ten feet of space between the back of chairs.

The Independent Restaurant Association forecasted that 85% of all independently owned restaurants will not make it to 2021. While those who care for Riggins and his business are worried, they also believe in him and his restaurant. “Stress and worry are an interesting thing. Yes, we all get stressed and worried but we have to keep moving forward. No point sitting in the mud spinning your tires. Come up with a plan and start executing,” Riggins says.