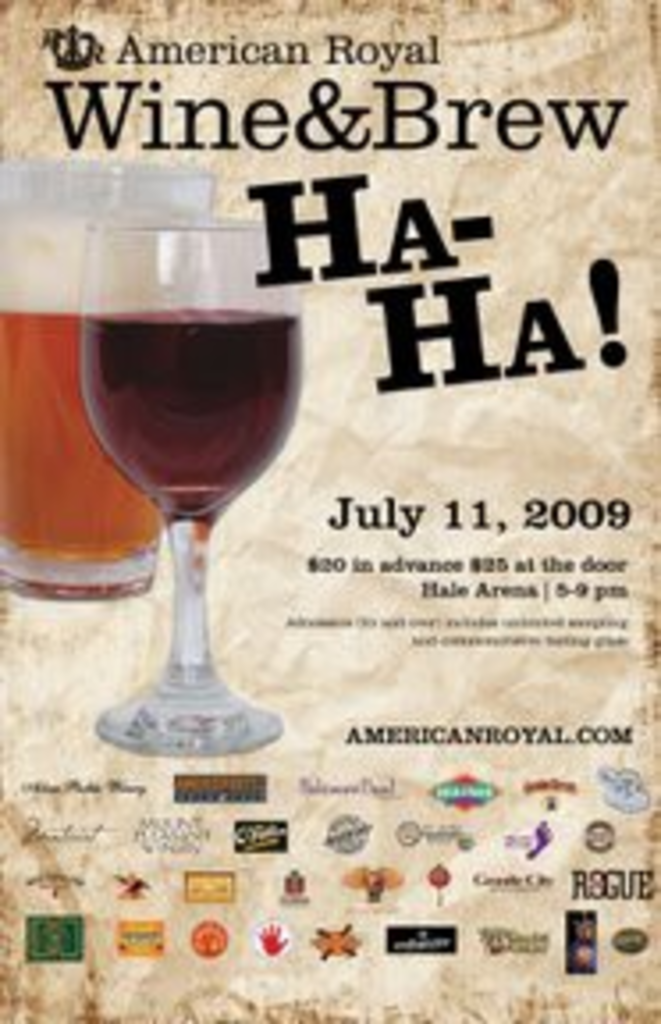 Last year was the American Royal’s inaugural Brew-Ha-Ha beer and wine extravaganza. Although first-time events have a tendency to go haywire, it was as smooth as silk and as I was leaving the event one of the organizers was confident enough to yell “See you next year!”

Brew-Ha-Ha is indeed back and it’s only gotten bigger, with more than 100 beers and wines to sample, many of them local. All seven Kansas City-based breweries on Beer Me! will be there (that’d be Gordon Biersch, 75th Street Brewery, McCoy’s Public House, Granite City, Amerisports Brewpub, Weston and Boulevard). Missouri wineries include Baltimore Bend, Jowler Creek, St. James and Somerset Ridge.

A good contingent of international brewers is also represented, including Young’s Double-Chocolate stout and Belhaven Brewery from the UK and distributor Stawski bringing treats from central Europe.