Bread & Butter Concepts has dropped its plan to open G. Berto Cucina in the Westwood Development at 47th Avenue and Rainbow Boulevard. The restaurant company, which is completing the buildout of its upcoming Stock Hill Steakhouse on the Plaza as well as developing the Cherry Hill events center in the Crossroads and a new BRGR Kitchen and Bar in Leawood, issued a statement from its owner and founder, Alan Gaylin, last week, noting that the “timing wasn’t right.”

Gaylin’s statement adds: “I would like to take this opportunity to express my gratitude for the support and patronage from the Westwood, Roeland Park, and Kansas City communities at Bread & Butter Concepts’ restaurants. I want to acknowledge and respond to questions about the restaurant concept ‘G. Berto Cucina’ that I created for the Woodside Village development. I am passionate about bringing a modern Italian restaurant to the community, however, the timing of the completion of the Woodside Village project conflicted with many other projects at Bread & Butter Concepts.”

Hold on to your dumplings. Last Wednesday, Blue Koi (1803 West 39th Street) suffered a malfunction with its air conditioner, and a brief electrical fire caused smoke and water damage that has forced the restaurant to close temporarily. The restaurant’s owners commented via Facebook that cleaning efforts are already under way: “We would like to thank the brave firefighters that responded instantly which help minimize the damage. On behalf of the Blue Koi family, we thank you for your 14 years of patronage and support and hope you visit us when we reopen.”

T.J.’s Café, the classic tiny diner in Grandview (1309 Main), is gone. It was destroyed by a fire overnight on July 2. No one was injured, but the damage is considered a total loss, and the cause is under investigation. For those craving alternate sources of homemade pie or biscuits and gravy, T.J.’s owners, Jim and Angela Sadler, also run the Englewood Café (10904 Winner Road, Independence) and the Lone Jack Café (100 Cannon Drive, Lone Jack).

Attention, service-industry friends: Room 39 in Volker (1719 West 39th Street) is offering a killer perk on Tuesday evenings. Bring in your liquor-handler card, food-handler card or pay stub, and receive 30 percent off your bill, excluding wines over $99.

Thursday 7.21
James Beard award–winning chef Debbie Gold is hosting a pop-up dinner tonight at Julep (4141 Pennsylvania). The four-course meal includes oysters, braised eggplant with monkfish cheeks, dry-aged lamb, and dessert. Naturally, there also will be special cocktails. Tickets are $95, including tax and gratuity. The event is sold out, but call 816-216-7000 to check on cancellations.

Also tonight is a collaborative beer dinner at Anton’s Taproom (1610 Main) featuring seven Cinder Block Brewery beers and five food courses. Guiding you through the dinner are Cinder Block’s director of brewing operations, Bryan Buckingham, and Anton’s owner Anton Kotar. Tickets are $60 and do not include gratuity. The evening’s dinner is a benefit for KKFI 90.1 community radio.

Saturday 7.23
Celebrate the first anniversary of the great sausage shop Leeway Franks (935 Iowa, Lawrence). The store, run by butcher Lee Meisel and his wife, K, is marking the occasion starting at 1 p.m., with pit-beef sandwiches, beer taps, a DJ and a tater tot–eating contest.

Go international today at the Taste of the Philippines, hosted by the Filipino Association of Greater Kansas City (9810 West 79th Street, Overland Park). Sample from the Ilocos, Pampanga, Tagalog, Visayan and Mindanao regions, for a reasonable price of $5 each (which includes two main dishes with rice and dessert). Or go for broke and sample all five regions’ cuisines for $20. Tickets are available at filipino-association.org. 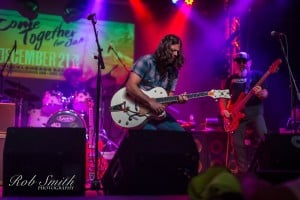 Feb 20 all-day BB's Lawnside BBQ
Join us Thursday, February 20th for a special weekday performance by the Brandon Hudspeth Band! Come out and see one of Kansas City’s finest musicians and for only $5! Show starts at 7pm.FacebookPinterestTwitterLinkedin
Tickets
Border Brewing Company 5 Year Anniversary

Feb 21 all-day Waldo Neighborhood
Shop, dine and discover everything that Waldo has to offer at the 5th Annual Waldo Week celebration, February 21 – 27! Get 25% off at participating businesses from restaurants to coffee shops, retail and unique services at your favorite Waldo spotsFacebookPinterestTwitterLinkedin
February 2020 Feb 2020
Subscribe