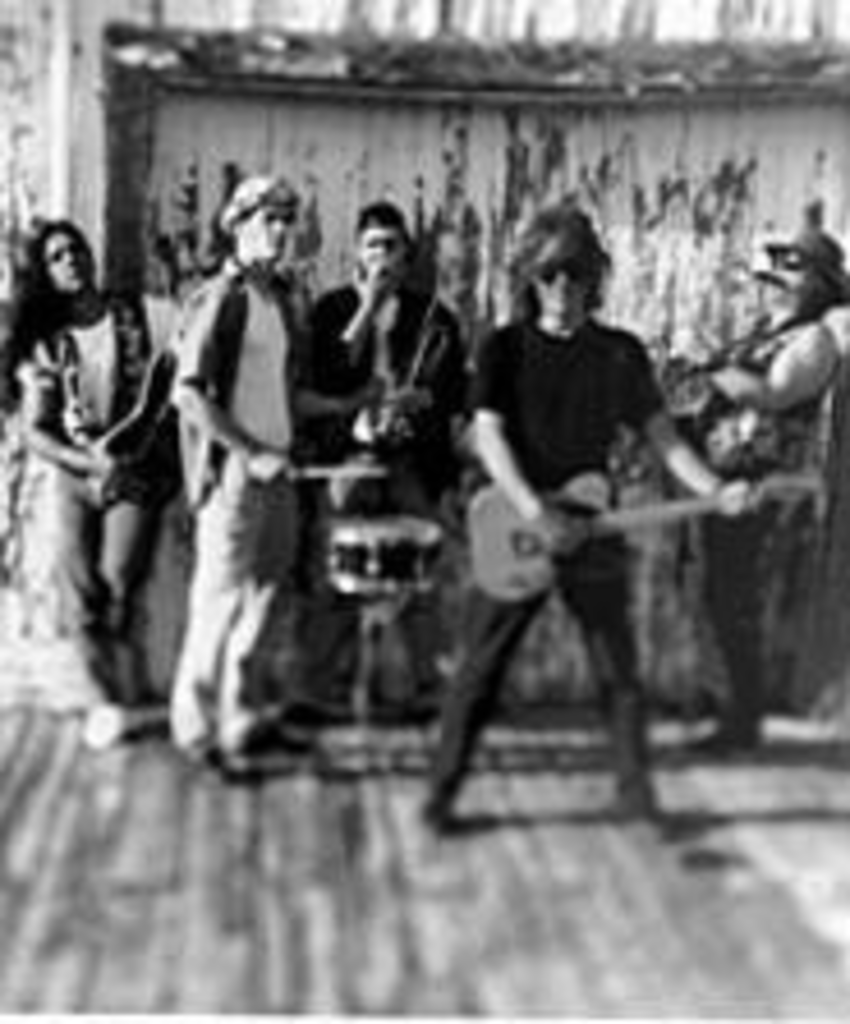 Winning a Grammy award is a lot like being named to an All-Star team, being elected to the Senate or even becoming the pope: It gives you a title that will precede your name for the rest of your life. But as one of the few polka groups recognizable to anyone under age sixty, Brave Combo earned a respectable prefix even before it won the Best Polka Grammy (don’t think that presentation’s televised) two years ago for Polkasonic. Now it’s a real mouthful: “Grammy-winning polka artists Brave Combo.” And even that extended moniker doesn’t tell the whole story. The 22-year-old Denton,Texas-based five-piece could have just as easily earned a nomination in the world-music category for the way it deftly blends Tejano, zydeco, acid-jazz and pop elements into its polka stew, or even a nod for best cover (if it’s not a category, it should be) for its groovy take on Foreigner’s “Double Vision” from last year’s release, The Process.

Actually, even though The Process earned the group yet another nomination in the polka category, it could have qualified as a best pop album candidate; the group used it to house all its favorite songs that didn’t polka quite hard enough to warrant inclusion on previous releases. Combo founder Carl Finch even entertained the thought that this tactic might garner the group some airplay outside the realm of weekend world-music shows. “But, no, we didn’t succeed there,” he remembers with a laugh.

However, Brave Combo finally did succeed at convincing some longtime skeptics of its legitimacy after joining polka legends such as Frankie Yankovic and Eddie Blazonczyk in the rarefied air of polka Grammy winners. Before earning the industry’s stamp of approval, some crafty music-biz types had written off Brave Combo as a novelty act, while hard-liners in the polka community found the group’s approach to be, well, a little too bohemian.

“Some people [within the polka community] completely got it,” Finch clarifies. “It’s been more the people who are just on the outside that didn’t know what to do with us. They look at us as just hippies. Winning that Grammy hasn’t changed anything significantly for us, but it has been a way for us to show that we take this music seriously and it’s not a joke. A big part of our mission has been to raise the level of awareness of polka within the industry. It’s a music that hasn’t been dubbed hip by the community at large, and that is still a big struggle for us.”

But while Finch wants his band to be taken seriously, Brave Combo doesn’t take itself too seriously, which is a good thing. It’s hard to imagine anything more ridiculous than a man with an accordion strapped to his chest acting snooty. Finch knows that aside from weddings and beer festivals, polka’s U.S. habitat is on PBS, where old folks enjoy it alongside other dead languages. He sees no reason why he can’t change that rep with Brave Combo, because he had to conquer these same perceptions when starting the band.

“At the beginning, honestly, I was more attracted to the bizarre jackets,” Finch says of the sharp-dressed men he found on cutout-bin record covers. “I had a little bit of exposure to polka from a friend whose father listened to Lawrence Welk, but at the time when I discovered these cutouts, I was definitely bored with the state of pop music. I had been into rock and roll growing up, and I was losing interest, which is depressing because when you’re a kid, you build your image and get your strength from rock and roll. Then I realized that it was as dumb and as corporate-driven as anything else in the ’70s. A lot of people jumped off the bandwagon and went to disco or went to punk or the early stages of new wave, and I did the same thing and chose a different kind of music. At first, my interest was probably more novelty-driven, but then it became a mission for me.”

And it’s a mission that is alive and well, judging by Brave Combo’s twenty-third and most-recent release, Kick-Ass Polkas. Where The Process allowed Brave Combo to explore its latent pop sensibilities, Kick-Ass Polkas finds the group’s feet once again firmly planted on square one. Recorded live last Halloween at Cleveland’s Beachland Ballroom, Kick-Ass Polkas captures the group tearing through eleven polka standards (and one Finch original) in front of a boisterous crowd.

“We wanted to show that we’re still devoted to the larger cause, that we’re part of an evolutionary part of a traditional music that is still growing,” Finch says. “We still take influences and learn the same songs that all polka bands do. We go back to the same roots, whether it’s Tejano or Polish or German or Czech, and we work really hard at digging out the root and building our own music from that.”

Indeed, many of the songs on the live record have been translated from their original languages into English. “Violins Play for Me” and “Wooden Heart” might have fallen on deaf ears if performed in the tongues in which they were written, but Brave Combo prove thems to be as heartfelt and endearing as any of the sentimental pop favorites American audiences hold dear. “That’s one area where we’ve gained a lot of respect even with the old hard-liners in the community, because we’re one of the first bands to translate those songs into English,” Finch says.

Don’t look for Brave Combo to reprise its Kick-Ass set at the Grand Emporium, though. It’s the holiday season after all, so like most other bands that tour this time of year, Brave Combo has prepared a little holiday cheer for its fans. Not that the Christmas carols will sound like the familiar mall-Muzak versions. “To be honest, Christmas music isn’t one of my favorite things,” Finch admits, “but we take, like, ‘We Three Kings’ and do it as a cha-cha. People like things that they’re familiar with, and people who like Brave Combo like to hear us be our irreverent selves with songs they know, so I’m just happy that people can get into it.”

The same could be said for the group’s nonholiday material: The more that people become familiar with the polka material, and with Brave Combo’s members’ being their irreverent selves, the more people will get into it. When Finch discusses the state of modern pop music and the glut of acts that clutter record bins and airwaves, he describes a situation that could be analogous to his own band’s. “There doesn’t seem to be any longevity for all these pop bands,” he says. “It’s like, one band establishes a blueprint, and there’s a thousand more that can’t live up to it; and everyone seems to realize that — except those bands.” The blueprint for the successful pop-polka band has been established. Pretenders need not apply.