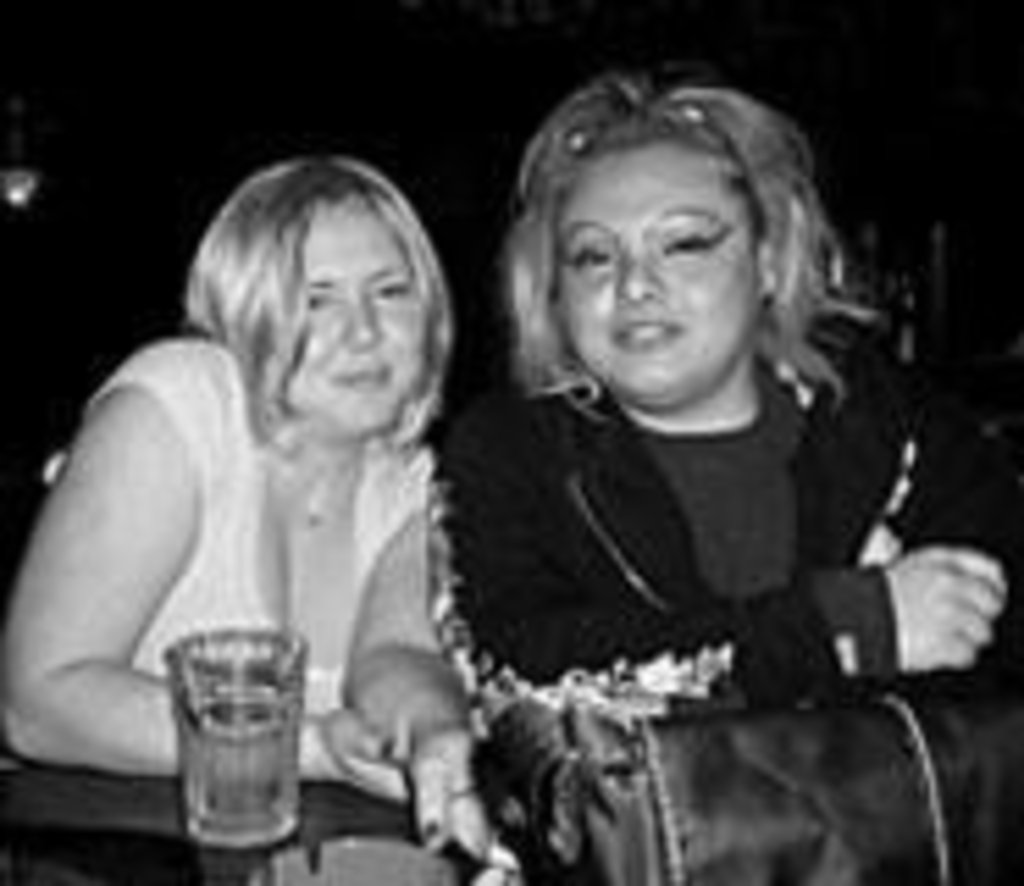 Alcohol is our anti-drug, and on the gloomy, rainy day after the election, we needed plenty of it.

We got an early start on our own returns when the Night Ranger bosses took the staff out for some consolation drinks around 4:30. Afterward, we headed to Buzzard Beach, which hosts Cinderella Wednesdays. From 3 until midnight, while DJs Steve Tulipana and Mark Matheson spin, Bud Lite, Miller Light, Busch and PBR draws are just 75 cents for the ladies. This worked out perfectly for us; the NR was not only afflicted with election depression but also suffering from a slight head cold — the kind where she felt fine enough to function somewhat normally but, in the interest of health, could drink only light beer. So it was lovely to have the choice to drown our sorrows in mass quantities of cheap beer, if need be. And really, isn’t that what democracy is all about?

Ah, Buzzard Beach. We’re very familiar with its smoky, wood-paneled, divetastic confines (which a co-worker once likened to the “lower deck of a rank pirate ship”). It’s been a favored hangout for years — enough so that we once were greeted with “It’s the bitches from the Pitches” by Bernie, the quiet-seeming door guy. Located on a well-traversed alleyway in Westport, its deck is a prime spot for people-watching, and the bar itself attracts a wide cross-section of Kansas Citians. Our two brushes with quasi-“celebrityhood” there include spotting Z-list star Dustin “Screech” Diamond and KCTV Channel 5’s Betsy Webster years ago. We weren’t sure which was more impressive. Then we thought about it for a second and realized that we live in a sad, sad town — or we are sad, sad people — when we’re recounting stories of seeing someone from Saved By the Bell and the local TV news.

On that Wednesday night, though, the only fake-celeb spotting was our bartender, who vaguely resembled Robert Plant (and, appropriately, put Encomium on the loudspeakers). So we retreated to a booth with Research Assistants Tracey and Scott and commenced the drinking as we discussed all the great bathroom graffiti. We liked how someone posted a Robert Frost quote (“Two roads diverged in a yellow wood, and I took the one less traveled by, and that has made all the difference”) as well as this running conversation: “Impeach Bush.” “Stupid hippie!” “Grow up, Lenexa!” “Impeach censorship.”

“Well, I liked, ‘Jesus saves souls and redeems them for cash prizes,'” Scott said. “There was also ‘Danny Leonard has a huge cock and so does his cousin Frodo Baggins of the shire.’ Then, on the inside of the door, it said, ‘Smile if you touched your wee-wee.'” Ha! We were wondering if such witty defacers were in the crowd, so we wandered about to look.

Downstairs, we met Monique, 22, who had pink and blond hair, and her friend Jenna, 21, who had blue streaks in her whitish-blond hair. They met about four months ago going out to bars and finally bonded over (what else?) karaoke at the Clarette Club. Monique was rocking the plucked-then-drawn-in eyebrows look, along with pink, swooping eyeshadow and lots of Wet ‘n’ Wild loose, silver glitter on her face. We started to ask her about glitter application, but when her answer involved using wet eyeliner, crayon sticks and various tools, the NR — a minimal makeup wearer — started zoning out.

“So, here to drown sorrows from the election?” we asked

“Yeah, it got me upset, but I’m having a good time anyway,” Monique replied. “They can’t take away our beer.” Thank God for that.

“I’m not thinking about him being re-elected,” Jenna added.

We headed back upstairs, where things had picked up quite a bit. DJ Steve was playing such classics as “Round and Round” and “Ain’t Nothin’ But a G Thing,” and the greasy, garage-band-haired kids were dancing. Then he played one of our absolute cheezoid favorites, “Hot Blooded.”

“I feel like I’m back in junior high,” Tracey said.

“This reminds me of my roller-skating days,” Scott added. “This is the perfect anti-Westport bar.”

On the recommendation of a Buzzard staffer, we talked to Sean, 23, who’d had some branding done. In the immortal words of Foreigner, we wanted to check it and see.

“So, I heard you were branded?” the NR asked. He pulled up his shirt and lowered his pants. “Quid pro quo” was scarred into his near-nether area.

“Because it’s misogynistic,” he replied. “It means this for that in Latin. Basically, I’ve been fucked over by women. For a long time, I took it out on other women. I got it as a reminder of how I felt in the past.”

“How were you fucked over?” we pressed.

“Every woman I fell in love with cheated on me,” he said.

“Ah. Well, where did you get it? What was it like?” we wondered. He got it at Freaks on 39th Street about two months ago, and it took about 45 minutes, he said — the letters, each of which was about an inch and a half high, had to be done individually. “It hurt much less than a tattoo. Kills the nerve right away,” he said. Considering he has six tattoos — including “Boston” (his hometown) on his throat — we took his word for it.

“Are you disappointed with the election?” we asked.

“No — I voted for Bush,” he said. “I’m a Libertarian … and Bush was the second-best choice for me.” And, apparently, for a good chunk of the population, too. Which brings to mind the immortal words of Axl Rose to help cheer us up: Nothin’ lasts forever, even cold November rain.