BoysGrow Farm partners with the Rieger’s Tony Glamcevski for a new supper series, starting in May 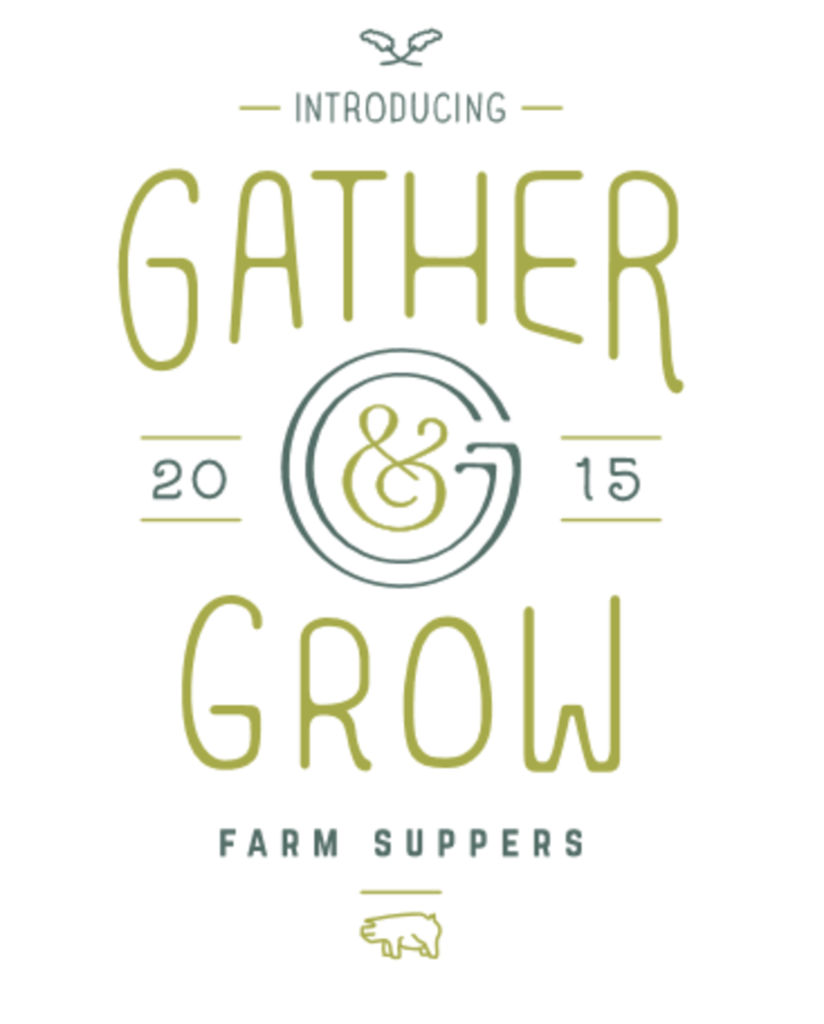 Tony Glamcevski is perhaps best known as the unflappable general manager at the Rieger Hotel Grill & Exchange, but that doesn’t mean his work is confined within the walls of that restaurant. Recently, Glamcevski has announced a new project in partnership with BoysGrow, a local nonprofit that blends a curriculum of farming, agriculture and entrepreneurship over a two-year program for inner city youths. Introducing Gather & Grow Farm Suppers, a brand-new “supper series” held at the BoysGrow farm and curated by Glamcevski.

“We’ve been working on this over the last year,” Glamcevski says. “In conversation with John [Gordon Jr., director at Boys Grow], we were trying to figure out ways to connect the community to the BoysGrow farm and raise awareness of their mission.”

Glamcevski says he got to know Gordon over the years because the Rieger purchased produce from the farm. He was impressed with Gordon, but also with the graduates of the BoysGrow program: Every year, he says, he has seen a group of 13- to 16-year-olds who have been given not only an education on making and selling a product but also a big helping of self-confidence.

“We’ve been buying from BoysGrow for the Rieger since they started the program,” he says. “Getting to know John a little more was really an inspiration. There’s not a lot of programs like his in the country, let alone in Kansas City.”

The first Gather & Grow supper will take place at the BoysGrow farm on Sunday, May 17. Chef-owner Howard Hanna of the Rieger will be preparing the menu, but Glamcevski has other chefs and restaurants in mind for the series.

“The idea behind the program is that it would feature different chefs from Kansas City and who have a relationship with BoysGrow,” Glamcevski says. “Each dinner is going to be a collaboration with each of the individual chefs, designed for a hundred people. We’ve got drink sponsors – so far there’s Boulevard Brewery, Owen Roe Winery, and J. Rieger & Co. has donated some spirits. It’s going to be a casual, laid-back affair, with one or two long tables in the middle of the field.”

Glamcevski goes on: “We’re going to engage the boys at every level of the planning and execution of the dinner. These are boys who are interested in pursuing the culinary field, so they’ll be involved in the menu planning and production, and we’re going to have the boys out there helping with the event, giving farm tours and doing reception for the dinner.”

Glamcevski adds that there will be only two or three Gather & Grow dinners this year, and the next will take place in late summer or early fall. The price per person is $100, which includes drinks and dinner – but not plates. In a true country picnic fashion, Gather & Grow guests are asked to bring their own plates.

“That is for real,” Glamcevski says with a laugh. “I like that idea a lot because it brings people’s individual things to the table. Plus, it saves us the cost of buying a hundred or so plates.”

But a hundred bucks a head is no small dinner bill, and the menu so far – a “pig roast, complete with campfire-inspired sides and veggies” – isn’t terribly explicit. I called on Hanna for an elaboration.

“I mean, first, the proceeds from the dinner go entirely to BoysGrow, so it’s for a good cause,” Hanna says. “Second, you can’t get an experience like this anywhere else. There’s other farm dinners, and they’re all unique and special, and they’re all cool – I’m not saying this is better or anything like that – but that day, that night, that food, it’s special and important.”

He goes on: “That experience – sitting on the land where the food was raised with the people who raised it – there’s nothing like that. The boys are going to help me cook and serve, and they’ll be sitting at the table eating, some of them will speak. It’s that experience that I think is worth the ticket price.”

But the pig roast, Howard. How is that going to look?

“So we’re digging a big pit, building a big bonfire, and when that dies down, we’re going to roast the pig in the pit-oven,” he says. “I’m going to do all the cooking outside. I won’t be bringing anything done already from the Rieger, so it’ll be campfire-themed stuff, stuff that makes me think of being a kid and cooking with fire. It’ll be several courses, all local ingredients – and as much as possible from the BoysGrow farm. It’s stuff I love, and I’m excited to get to do it.”

“I think it’s a great way to be able to celebrate the farms in our area and to bring everyone out there for dinner,” Glamcevski adds. “It’s going to be fun.”