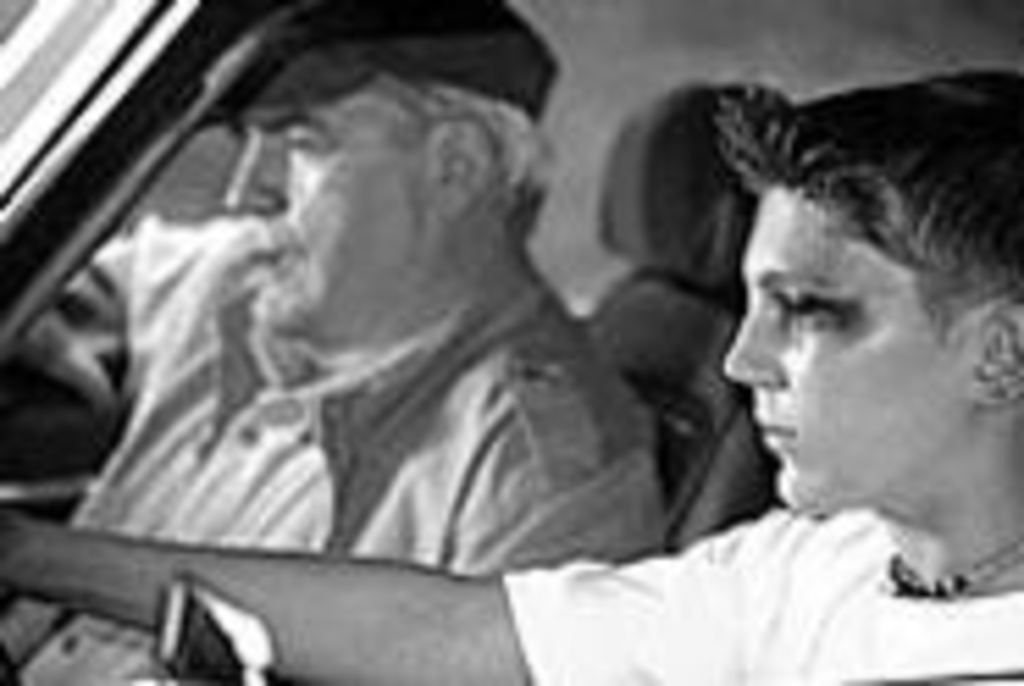 Director Michael Cuesta’s ambitious and daring film, L.I.E., had a brief commercial run in Kansas City this fall, making the Tivoli Cinemas one of the few movie houses in the country that dared to show it. It bore the show-business equivalent of Hester Prynne’s scarlet letter — the NC-17 rating — which meant that many theater chains wouldn’t screen it and many papers wouldn’t advertise it.

More’s the pity, because the film had more to say about the crush of confused adolescence than any movie since The Virgin Suicides, as well as an Oscar-caliber performance from British theater actor Brian Cox. People who regret missing the first run have another chance to see L.I.E when it screens December 27 in a monthly film series sponsored by the Lesbian and Gay Community Center-Kansas City.

What made the film so difficult for the MPAA ratings board was the way it might have been encapsulated in print: as a movie about a pedophile who preys on teenage boys — even though there’s not one sex scene in the film. Underneath the surface, the movie explores in an intelligent and nonexploitative manner how bad parenting makes kids vulnerable and that few kids are more vulnerable than those grappling with their sexual identity.

The Gay and Lesbian Alliance Against Defamation, which likes to scrap with the film industry about portrayals of the gay/lesbian/bisexual/transgendered community, kept its distance from L.I.E. “Most reviewers did pretty well distinguishing between homosexuality and pedophilia,” says Nick Adams, entertainment media manager in GLAAD’s Los Angeles office. “If they hadn’t, GLAAD might have had something to say.”

Undoubtedly, though, there will be plenty for Kansas City viewers to say at the postfilm discussion.