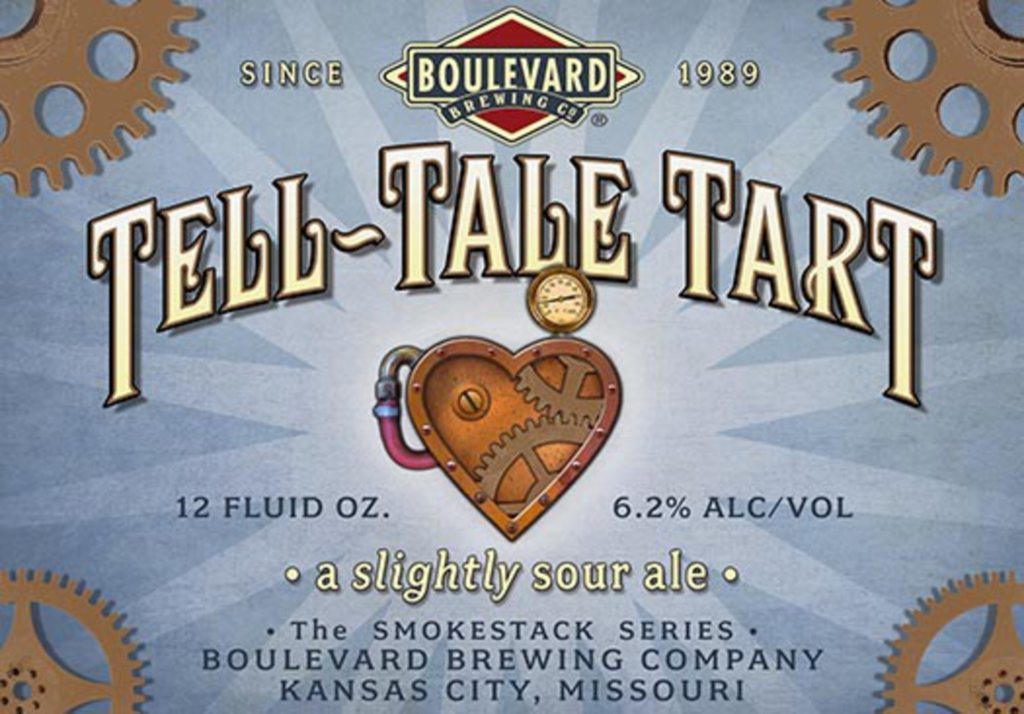 Boulevard Brewing Co. is releasing a lot of new beers this year. In fact, the brewery is putting out 12 new beers. Already out: The Calling, Heavy Lifting IPA and fresh takes on Imperial Stout (Aztec Chocolate came out last week). The latest is Tell-Tale Tart, which the label boasts is “a slightly sour ale.”

Tell-Tale Tart started hitting Kansas City area liquor stores yesterday. (Sorry for the late notice, I was a little tied up.) A few weeks back, I met a guy at Tapcade who told me he’d previewed it, and he raved about the sour.

Don’t worry about getting a taste. There’s going to be plenty of Tell-Tale Tart on shelves. This is a year-round Smokestack Series ale. The sour (6.2 percent ABV) is available in four packs of 12-ounce bottles, not the larger format bottles we’ve become accustomed to over the years. I’ve yet to try it, but Boulevard ambassador brewer Jeremy Danner has described it as an ale “that derives pleasant, refreshing lactic acidity from brewhouse souring, a process of lowering the pH during the brewing process. The brewhouse souring method results in a crisp, clean acidity that serves as a contrast to a soft, subtly sweet malt character contributed by our base pale malt and Munich malt.”

So maybe if Love Child is a little too sour for you, Tell-Tale Tart will hit you right.

For more, here’s the latest “Beer Bulletin” with brewmaster Steven Pauwels, who calls Triple T “puckering like Love Child … but more of a pedestrian version”: