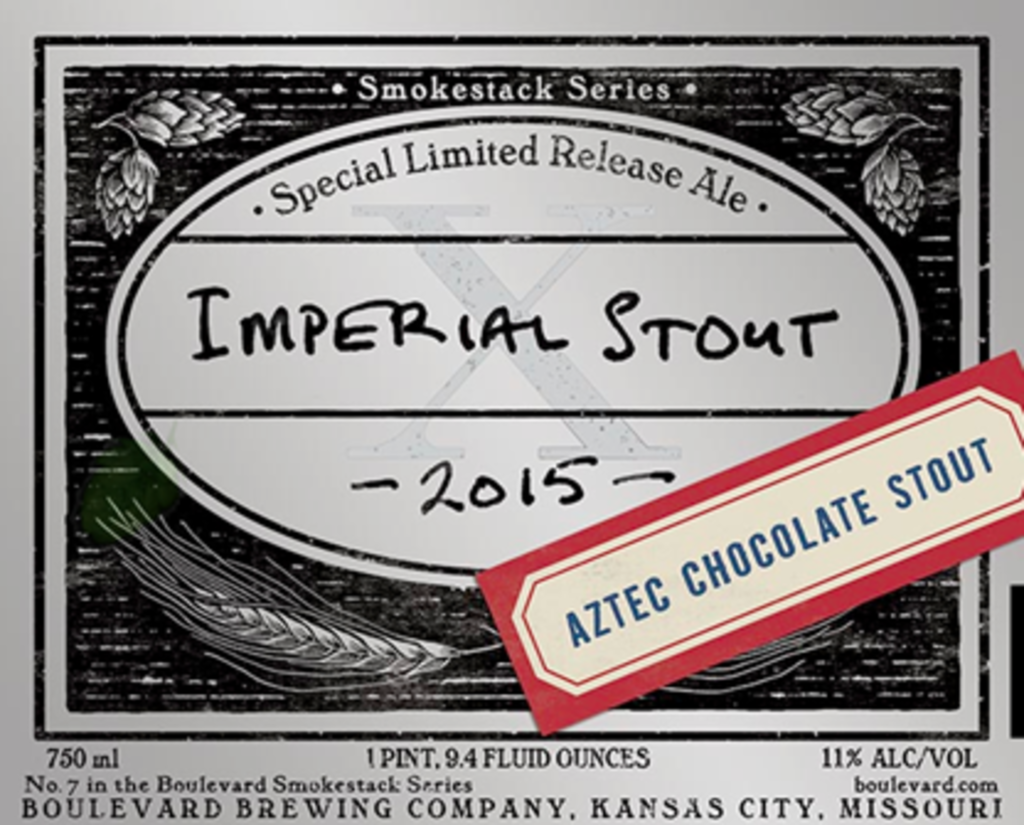 Boulevard ambassador brewer Jeremy Danner explained in a blog on the brewery’s website that Aztec Chocolate was inspired by Xocoatl and described in detail how the beer is made.

To bring our interpretation to life, a batch of Imperial Stout was brewed that received freshly ground cinnamon during the boil on the brewhouse. This batch will be blended with tanks of Imperial Stout that are infused with dried pasilla negro and ancho chiles as well as cacao nibs. The chiles and cacao nibs were stuffed into porous bags and suspended in sanitized stainless steel tanks. Finished beer is transferred onto the chiles and nibs and allowed to rest for 24 hours of contact time. Following the infusion, the beer is transferred to a blending tank and blended with the cinnamon spiced batch. No portion of Imperial Stout X – Aztec Chocolate is barrel aged.

Aztec Chocolate is a big beer with an 11 percent ABV, and it’ll come in 750 ml bottles.

In other Boulevard news, the brewery is working with Cigar City Brewing on Collaboration No. 5 — Tropical Pale Ale. Danner writes:

Tropical Pale Ale begins with a base of soft pilsner malt layered with Maris Otter, Munich and caramel malts. Huge late hopping with a blend of Mosaic, Citra, Lemondrop and Azacca lends bright flavors of mango, pear, blueberry and citrus to a pale ale featuring slightly toasted biscuit and caramel/toffee notes. Infused with freshly sliced grapefruit at the conclusion of the boil, our tropical pale ale is briefly aged on passion fruit and grapefruit at the end of fermentation resulting in a refreshing acidity and tropical fruit flavor and aroma. At 7.3 ABV and 55 IBUs, Collaboration No. 5 – Tropical Pale Ale finishes slightly tart with bright citrus character from dry-hopping with Lemondrop, Azacca and Pacific Jade hops.

Look for it in four packs of 12-ounce bottles and 1/6 barrel kegs around September.