It’s back, bigger, and brewing all the favorites. 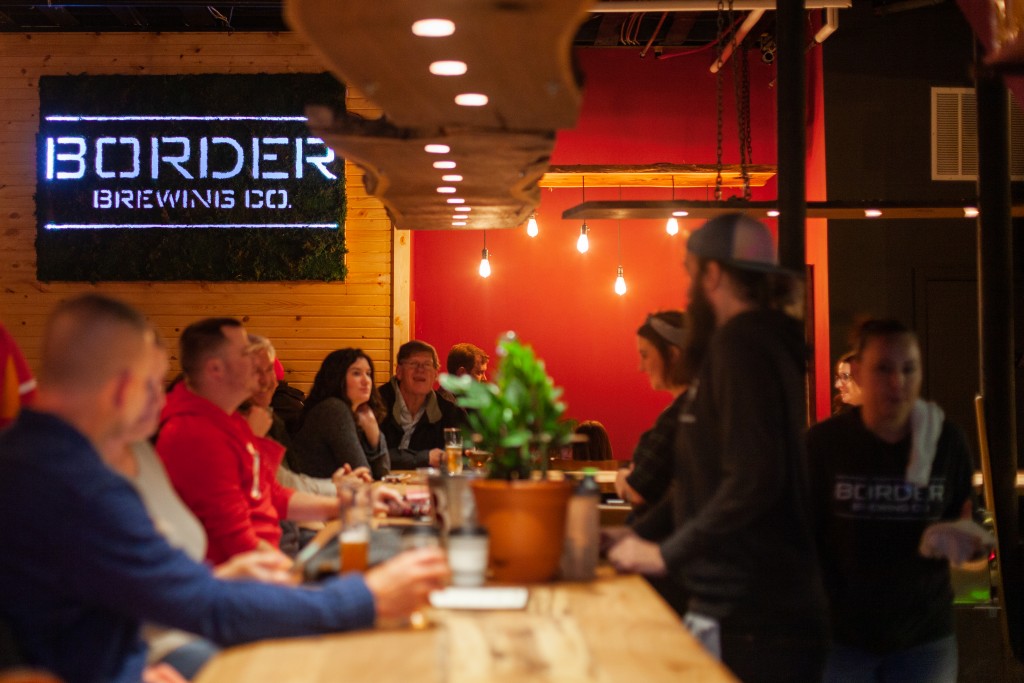 Border Brewing Co. loyalists rejoiced on Friday as the taproom reopened its doors in a new larger location, just a block away from where its story started.

The new digs, which were eight months in the making, can host 72 guests and hold an upgraded 7-barrel system, allowing the brewhouse to experiment with new varieties and keep its favorites flowing. Both regulars and newcomers alike sipped on six types of suds including the Strawberry Blonde—a fruit blonde ale made with a “metric buttload” of pureed strawberries—and the fall-spiced Sweater Weather, an English brown ale featuring cinnamon, roasted dates, and vanilla.

Border Brewing is the original taproom of the Crossroads, opening in February of 2015 before its surrounding blocks were known as Brewer’s Alley.

The new space remains a stone’s throw from several other breweries, wineries, and distilleries in the area such as Lifted Spirits, Casual Animal, and KC Wineworks. Eric Martens, owner and brewer at Border, says starting a new chapter in such a supportive community makes the milestone even more special.

“We had been looking for a new location for about two or three years because we were quickly outgrowing our old space, but the priority was staying in this neighborhood because of how supportive the community is,” Martens says. “They’ve been checking in on the progress and dropping beer off for us, and they’re just as excited as we are. We’re thrilled to still be right in the middle of the action.”

The physical construction of the bar is a mix of DIY creations and an homage to Kansas City itself. Jessica Bloom, manager of Border Brewing, says that the staff designed many of the little elements (as well as pried off the old bar top from its original location to frame on the wall) and sourced all its wood from local company Urban Lumber. Even the two trees that gave their wood for the new bar top were once Kansas City residents—one was on an Overland Park golf course and the other was cut down in Swope Park when KC Pet project was built.

“There are a ton of little things here that are sustainable and just really cool,” says Bloom. “The opening has been really great. I’ve seen lots of regulars who have missed us and it’s been emotional. I’ve also seen someone from almost every brewery down here today. They’re really our best friends, and it’s really cool to be able to share it with them.”

The brewery is still settling into the new space, but it has big plans to use its newfound room. Bloom says they hope to host some events including trivia nights and live music and open their backyard sometime in the spring. Martens also says that Border is bringing back some more seasonal favorites, such as its Campfire Porter and Chocolate Milk Stout, in the next few weeks.

Although the space may have changed, the beer and the atmosphere are as good as ever according to longtime regular Andrew Warn. The second person in line on the original opening day and longtime friend of Martens, he says he’s usually there any time new beer arrives in Kansas City. But there’s no place quite like Border.

“It’s like coming home really, and the beer is both fantastic and consistent. It’s fun because they also do some weird stuff sometimes and that’s what you look for out of a craft beer,” Warn says. “The new spot has the same feel of the old one, but this many people in the old Border would have been wall to wall. I’m glad that there’s room now for everyone else to experience what I know and love.” 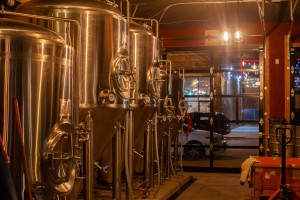 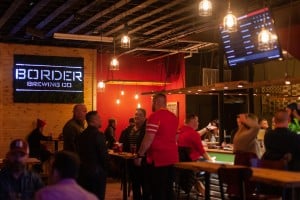 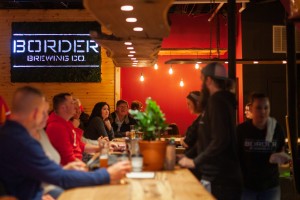 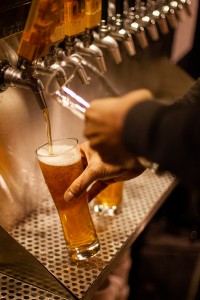 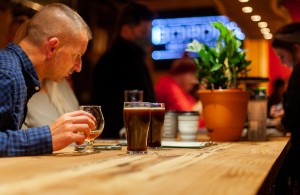 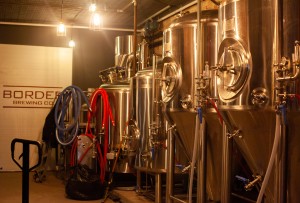 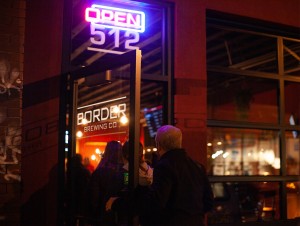