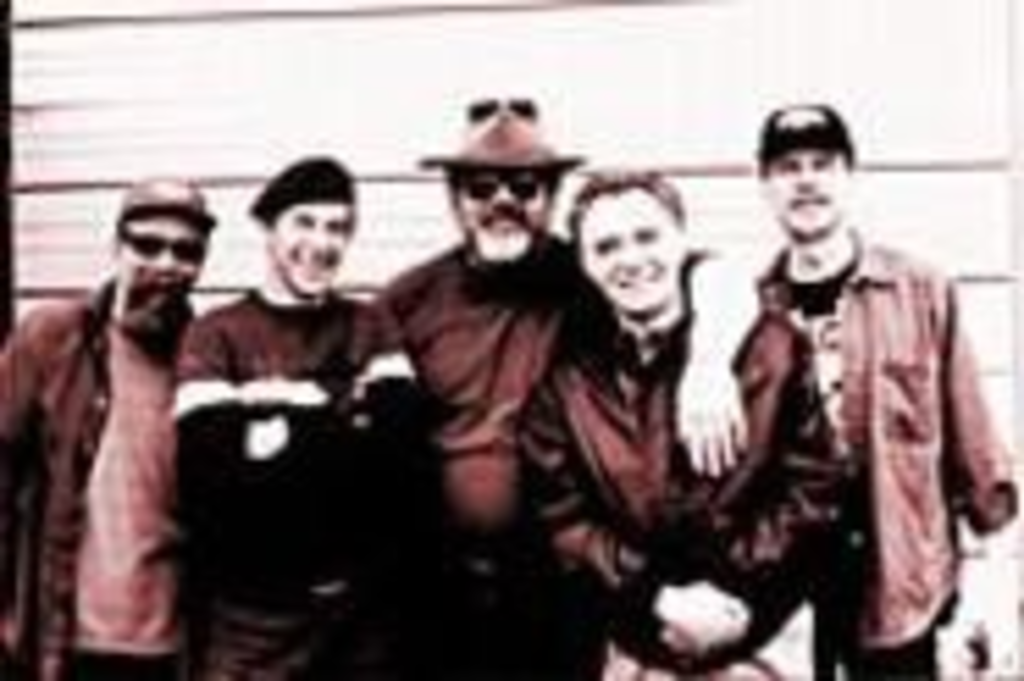 Long before K.C. and the Sunshine Band came to prominence, the word “boogie” had another meaning. It referred to a dirty and dangerous style of the blues. The first band to help popularize boogie music worldwide was Canned Heat. Formed 34 years ago in Los Angeles, the group married swampy blues with rock. Delivering such hits as “Goin’ Up the Country” and “On the Road Again,” the members of Canned Heat acted as blues ambassadors to a generation caught up in flower power. To paraphrase K.C.: They’re your boogie men — that’s what they am.

“If you go all the way back to the original ‘boogie,’ it really means copulating, fucking,” says drummer Fito de la Parra, Canned Heat’s lone remaining member from its classic lineup. “Specifically, it’s a term that blacks used in the ’20s for copulating. Of course, then it turned into a musical form. In terms of the 21st century, I would consider boogie the upbeat form of the blues. The blues has two faces: the downside, which is the blues side, and the upside, which is the boogie and the shuffle.”

The Mexico City-born drummer joined Canned Heat at the end of 1967. Soon after, the former jug band became an overnight success. Many of these experiences de la Parra covers in his recent book, Living the Blues (“I wrote it as I lived it and as I saw it,” he says), which chronicles the group’s smoldering showcase at Woodstock, the deaths of key members Bob “Bear” Hite and Al “Blind Owl” Wilson, and the myriad of financial mistakes that young acts often succumb to when coping with the music industry.

“We had our golden era,” de la Parra says. “In those times it was all partying and enjoying popularity and being one of the top bands in the world. But that was a short honeymoon that lasted about two and a half years. And since then, it’s been a constant struggle uphill.”

Personally, much of the struggle for de la Parra stems from being the Canned Heat member who has been with the band the longest. “There’s pressure just about all the time. I’ve gotten used to it,” he says. “The main struggle is for credibility. Remember, I’m a drummer, I’m a foreigner, and I was not in the very original lineup. After I came in, the band became famous. So when I came in, we finally gelled and got the sound.”

That sound has been resurrected in the just-released collection Canned Heat 1967-76: The Boogie House Tapes. The double-disc set is an anthology of the group’s glory days assembled by de la Parra and a man known, not coincidentally, as Dr. Boogie.

“Walter de Paduwa (Dr. Boogie) is a Belgian disc jockey and record executive,” the drummer explains. “We became friends many years ago because he’s a total blues and boogie freak. He came to see us one time and told me he had dedicated his house to the preservation of boogie music, specifically to the Canned Heat band. He turned his home in Belgium into a museum for Canned Heat. I never knew a guy like that would exist. I’ve met fans who collect passes or records or pictures — maybe they covered one wall in their house with Canned Heat material. With this guy, it’s been a complete obsession.”

The good doctor hosts a popular weekly radio show in Belgium (which also relays to France) called Dr. Boogie. His house is named, of course, the Boogie House, inspiring the title of the compilation that he co-produced with de la Parra.

“One of the times he came to visit me in Los Angeles, I told him sometimes I get organized and clean out my garage and throw tapes I consider useless away,” de la Parra remembers. “The guy almost started crying. With tears in his eyes, he begged me to give him all the old tapes. Finally I gave them to him, because I never thought I would have the time or the dedication to listen to all that. He did.”

Having just returned from Europe, members of the new incarnation of Canned Heat will leave their respective garages yet again for a stint at the Kansas City Blues and Jazz Festival, joining other veterans of the genre, such as The Fabulous Thunderbirds, Clarence “Gatemouth” Brown, and Gov’t Mule. The festival will also offer the band the opportunity to perform beside some of the newer artists in the field, including blues heartthrob Kenny Wayne Shepherd.

“We like all of them — Shepherd, along with Jonny Lang, for example. The idea of young guys grabbing their guitars instead of (making music) like, say, Madonna, is great for us to see them do. But I still have a perception that they started where Stevie Ray Vaughan left off. I would suggest to them or to all the younger blues players to go farther back,” de la Parra advises. “In other words, not only learn from Stevie Ray Vaughan and Eric Clapton onward, but learn from the people that Vaughan and Clapton learned from — what we called the real shit. You have to talk about Robert Nighthawk and Eddie Taylor and Jimmy Reed and John Lee Hooker (whom the band collaborated with on the 1971 album Hooker ‘n’ Heat). All those people are very, very important. That’s who we learned from and where we learned how to boogie.”