Bon Bon proves it is worth a trip to Lawrence, Komatsu opens its doors in midtown, and Columbus Park Ramen Shop debuts a new menu 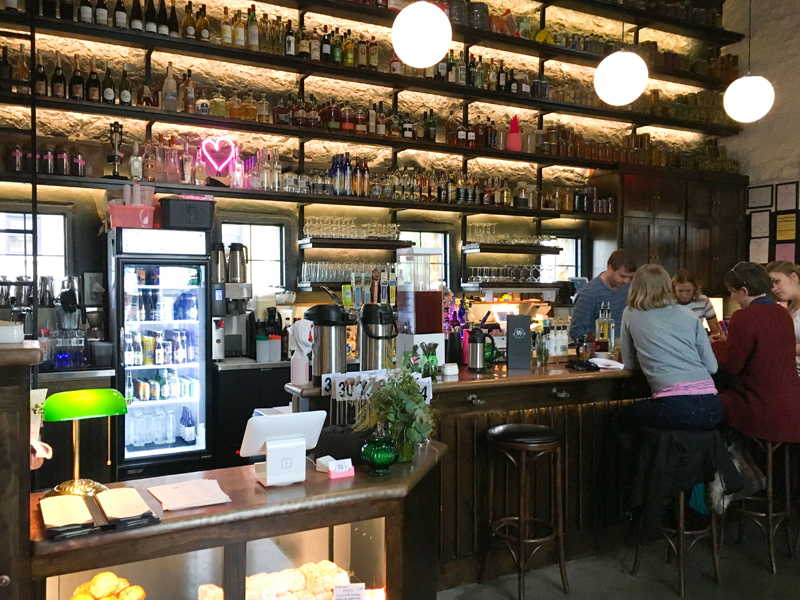 As I’ve reported before in this space, the restaurant’s name refers to a joke shared between owners Codi and Simon Bates, a married couple who regularly ask each other whether the food they’re eating is good or good good (bon being French for good). They have had lots of chances to determine whether a given plate is indeed bon bon, having traveled around the world — including a 40-day, 10-country sabbatical that Simon embarked on in 2015 (which incorporated a stop in Tokyo, where he tasted his first takoyaki). 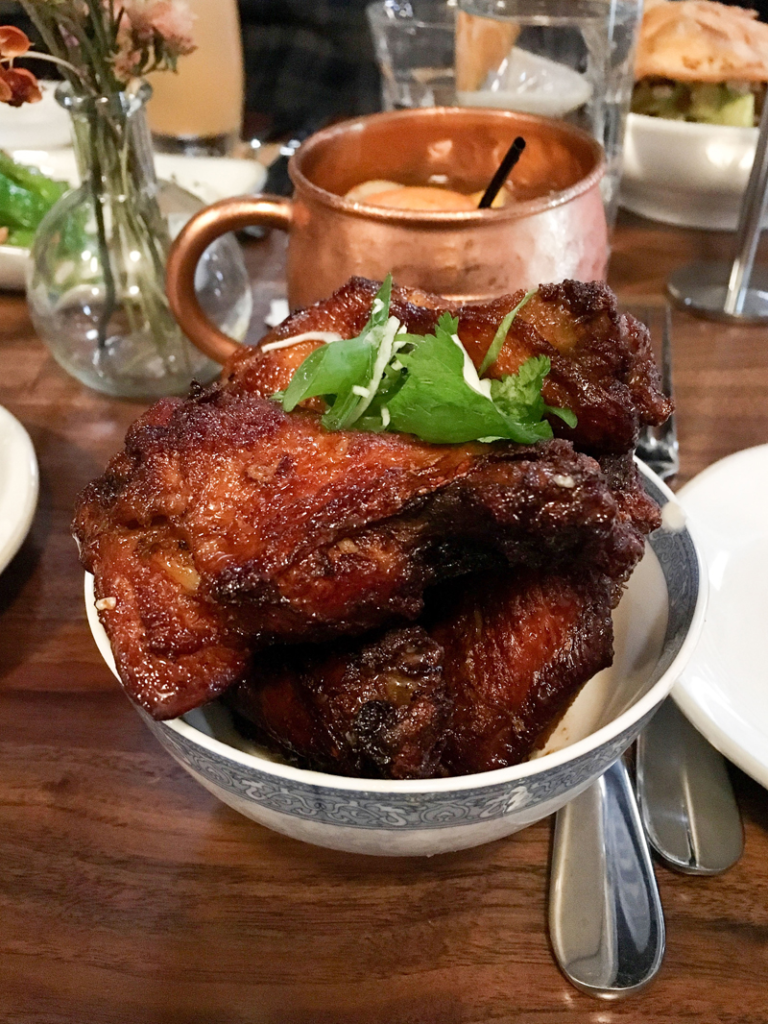 Now, the Bateses have concentrated their wanderlust into a repurposed turn-of-the-century limestone storage building (it once held ammunition and fireworks) next to the old Poehler Mercantile, which in recent years has been converted into apartments. Bon Bon’s rafters soar high, but the interior dining space is not large, perhaps 1,000 square feet, including a large bar that serves coffee and cocktails and also serves as storage space for Bon Bon’s collection of house-made preserves. (A large patio awaits warmer weather.) Because the building is not large enough to accommodate a kitchen, the Bateses have built one inside a surprisingly attractive semi-truck that is connected to the building and sits permanently on-site. The effect is that of a food truck parked permanently outside an event space.

What the eclectic dishes at Bon Bon have in common is their snackiness, their shareability. The food seems designed to perfectly complement a couple of cocktails. Sticky, sweet, perfectly fried Thai wings glisten when they are brought to your table. Grilled shishito peppers are crunchy, juicy and slightly sweet (one in 10 are spicy), and are served with labneh (a cream cheese made from yogurt) and fermented honey before being sprinkled with sumac and crushed, fried peanuts. Even a humble taco salad here gets gussied up with chimichurri ranch, pipian squash, pickled onions, queso fresco and a generous handful of crispy pepitas; it’s served with a light and crispy fried tortilla.

The service model resembles that of the Burger Stand restaurants (also owned by the couple), where customers order food and drinks at a counter. Bon Bon’s small space does make this process a bit more snug than you’re used to on Mass Street (Burger Stand has a far more natural space in which to queue up), but this isn’t necessarily a drawback. The service is friendly and quick, and the food is satisfying and playful enough to maintain the space’s worldly charm.

“Our greatest challenge so far has been keeping up with the demand,” he says. “Traditional ramen arrives pretty quickly to the table, and we are striving to keep to that, even though we are 10 to 15 times larger than most ramen shops.”

Sparks, who has been working with Borger for the past year developing Komatsu locations in Kansas City and St. Joseph — along with the wine-and-oyster bar Ostrea in St. Joseph, a KC version of which is set to open next year— says one dish has stood out so far. “The Nakama has been a great hit,” he says. “With smoked brisket, buttery corn, and black garlic oil, it’s reminiscent of our Midwest heritage while still giving you a traditional ramen experience.”

Speaking of noodles, Columbus Park Ramen Shop (549 Gillis) has expanded its menu to offer a new chicken-miso ramen, as well as a new Chinese broccoli appetizer, which is dressed with a chili vinaigrette, toasted garlic and sesame. Head chef Jonathan Ponzer adds that the vegetables used in the ramen dishes on Columbus Park’s menu are being tweaked to reflect the season. “We’ll be using more seasonally appropriate veggies in the ramen, like winter greens, butternut squash and sweet potato,” he says.

No time of the year is better suited to sparkles than the second half of December, and you can get a fix tonight with a five-course sparkling-wine dinner at Genovese in Lawrence (941 Massachusetts). The service, hosted by sommelier Jeff Miller Sr., includes grilled-chicken brochettes; smoked salmon rolls with Goddard Farms goat cheese, chives and roe; shrimp ceviche; conch fritters; and chocolate-mousse tartlets with crushed pistachios. The courses are paired with Freixenet Cava, Chloe Prosecco, Michelle Extra Dry, JCB Brut and Korbel Brut rosé, respectively. The dinner is $45 a person not including tax or gratuity. Call 785-842-0300 to make a reservation.

Treat yourself to a little weekend excursion to Excelsior Springs for a four-course Christmas dinner at Willow Springs Mercantile (249 East Broadway). The $65 dinner (that includes tax and gratuity) includes a gorgonzola tart, a root-vegetable salad with cranberry goat cheese and pesto vinaigrette, smoked beef tenderloin with horseradish mashed potatoes, and a flourless chocolate cake with port-soaked cherries. The wines will be selected from the mercantile’s collection. See Willow Spring Mercantile’s website for more information and to make reservations.

Bluestem (900 Westport Road) is hosting its annual holiday high tea today from 11 a.m. to 2 p.m. Expect savory bites and pastries (including scones) created by Bluestem’s renowned talent, along with an assortment of loose-leaf teas. The pre-holiday tradition is $30 for adults, or $15 for children 10 and younger. Call 816-561-1110 for reservations.

Californos (4124 Pennsylvania) tonight holds its last Opera Supper of the year, which will feature local singers taking on opera, jazz, Broadway tunes and holiday-themed songs, beginning at 6:30 p.m. The restaurant will be serving from its bistro and bar menus. Call 816-531-7878 to reserve a table.