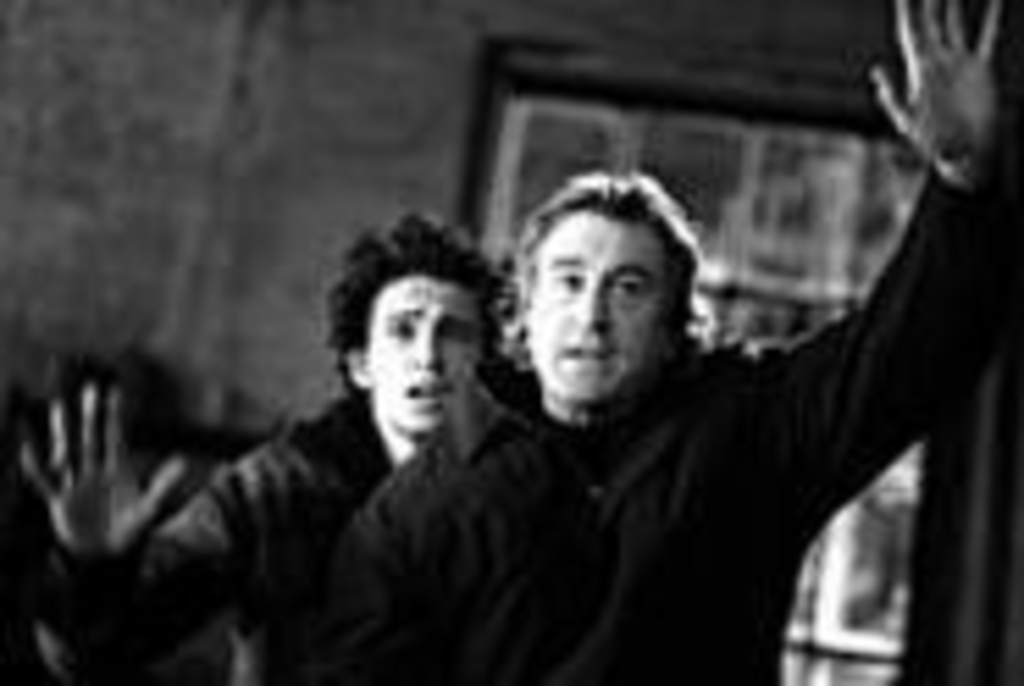 The city in question is Long Beach — the East Coast version, not Snoop Dogg’s LBC. Once a thriving seaside community, it has degenerated into a slum that, one character notes, “looks like the Serbian army came through.” Amid the burned-out husks that were once casinos dwells a junkie called Joey Nova (James Franco), who pawns stolen guitars to feed his drug habit and dreams of escaping to the Florida Keys, where he fondly remembers vacationing with his father as a child. Then reality, and Picasso (Jay Boryea), a drug dealer with Maori tattoos, smacks him in the face. There’s a knife in play, and soon Picasso’s body is dredged from the river, making Joey a wanted man by both the cops and Picasso’s pals.

That fondly remembered father is, of course, De Niro. De Niro’s character, Vincent LaMarca, has issues with his own father — movie screenwriters must have the worst fathers, given how often this theme comes up — and is afraid to commit to the middle-aged beauty (Frances McDormand) downstairs.

Franco’s role offers the young actor some uncanny coincidences. Having recently gained the world’s notice as the son of the Green Goblin in Spider-Man, he once again plays both the estranged son of a scene-stealing actor and the mortal enemy of a spider — in this case, Spyder (William Forsythe), who drives a motorcycle, sports Michael Douglas’ ’80s hair and is just a tad miffed that his buddy Picasso croaked without forking over a big wad of cash. Franco also gets to romance another star of Bring It On (following Kirsten Dunst’s Mary Jane), Eliza Dushku, who, like Franco, is pin-up material in real life but impressively dirtied down for the look required here. This could be Franco’s big breakthrough. Playing a junkie believably is often a major step toward credibility (ask Jennifer Connelly), and he does it well. But, James, for versatility’s sake, if someone offers you a project with Gabrielle Union and more arachnids, don’t take it.

We so often hear the lament that Hollywood films don’t have characters we can care about that it’s a real pleasure to report that all the people in this one feel fully developed — even if the plot mostly involves De Niro chasing his kid around derelict buildings. Ken Hixon, who loosely based his screenplay on a 1997 Esquire article, drops the occasional bon mot (an elderly coroner complains, “I had to jerk off twice this morning just to get my heart started”), but he also makes some things too obvious. When perennial sidekick George Dzundza (Basic Instinct) replies to De Niro’s refusal to attend a warm family dinner with, “You’ll miss it when it’s gone,” he might as well put on a red shirt and beam down with Captain Kirk and Mr. Spock. Still, it’s a testament to De Niro and director Michael Caton-Jones (This Boy’s Life) that by movie’s end, we accept the characters and the film, flaws and all.