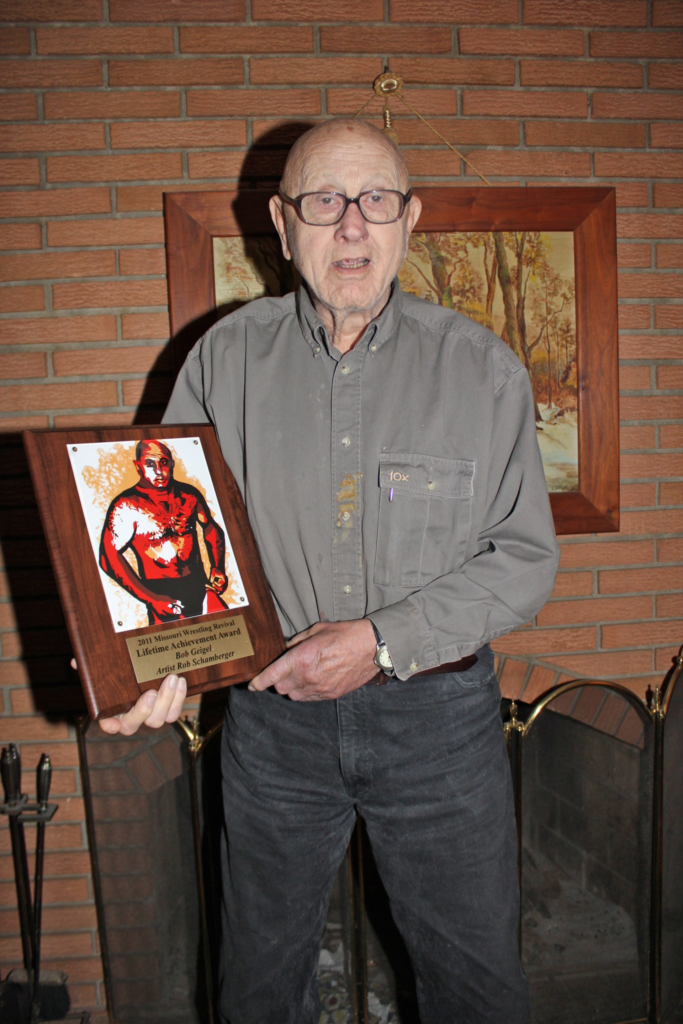 Bob Geigel, the former president of the National Wrestling Alliance and pro wrestler, died Thursday at the age of 90.

The Wrestling Observer reported that Geigel broke a hip “a few months back” and had also been battling Alzheimer’s disease.

Aside from Harley Race, no person likely meant more for pro wrestling in Kansas City than Geigel, who ran the Central States office out of Kansas City and brought stars like Ric Flair, Dusty Rhodes and Bruiser Brody in for matches.

The 5-foot-11, 230-pound grappler starred as an amateur at the University of Iowa. He turned pro and earned the nickname “Texas” Bob Geigel while wrestling in the Amarillo territory in 1950. Before all of that, Geigel fought in World War II in the Pacific theatre.

Geigel made his mark in Kansas City when he bought the local wrestling circuit in 1958. Geigel was a champion wrestler from then until his retirement from the ring in 1976 (although he would compete sporadically into the 1980s). Kansas City became a hotbed for pro wrestling in the 1970s, with matches at Memorial Hall becoming a Thursday-night tradition. 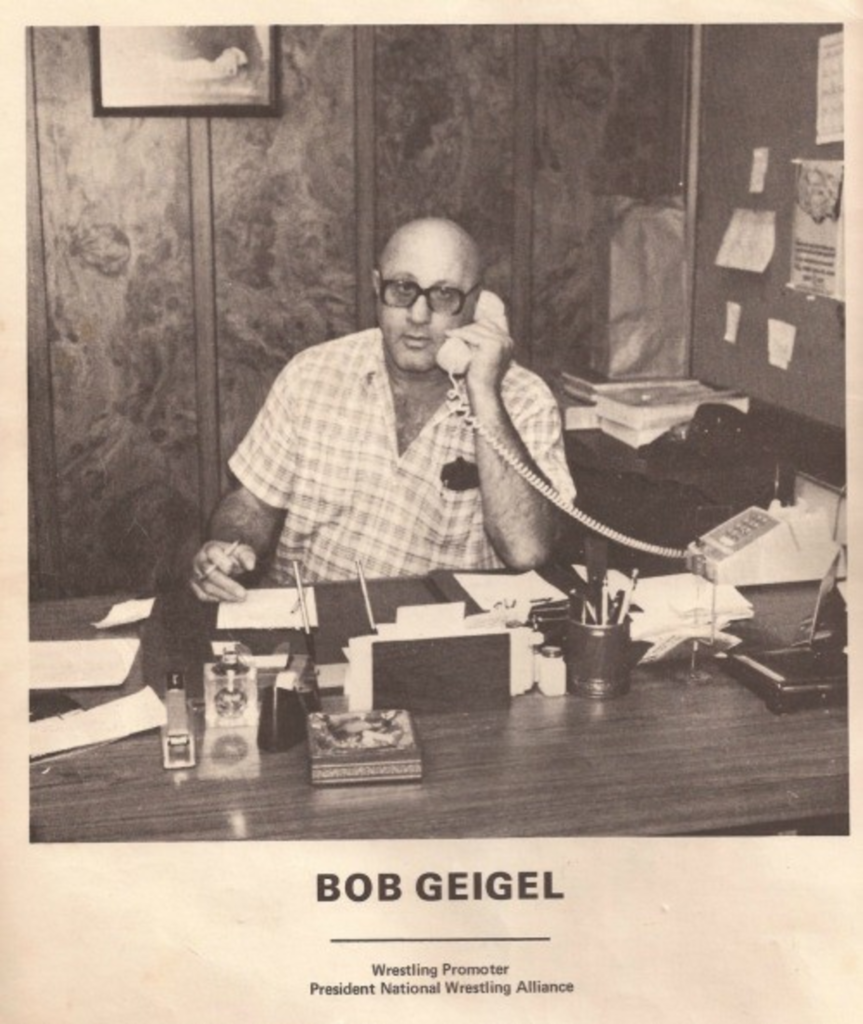 But Geigel made a national name for himself during his presidency with the NWA, serving as leader (and sometimes figurehead) for the governing body of professional wrestling from 1978 to 1980, 1982 to 1985 and finally 1986 to 1987.

The national expansion of the World Wrestling Federation (now WWE) led to the death of Central States wrestling as well as the St. Louis territory, which Geigel helped run after the retirement of promoter Sam Muchnick.

WWE acknowledged Geigel’s death on its website and offered condolences to family and friends.

“I met Geigel years ago when The Woodlands Race Track first opened in the early 1990s. He, along with Rufus R. Jones, Mike George and “Bulldog” Bob Brown, were security guards, and HUGE security guards for a 14-year-old to see. Since then, we’ve kept in touch many times. He came to Metro Sports for interviews about wrestling and The Woodlands — in fact, he was still working part-time as security on the grounds of the old Woodlands building until six months ago at the age of 89. I’m so glad I was able to interview him for ‘K.C. On The Mat’ and have him come to the premiere at Memorial Hall back in April 2009. RIP Bob.”