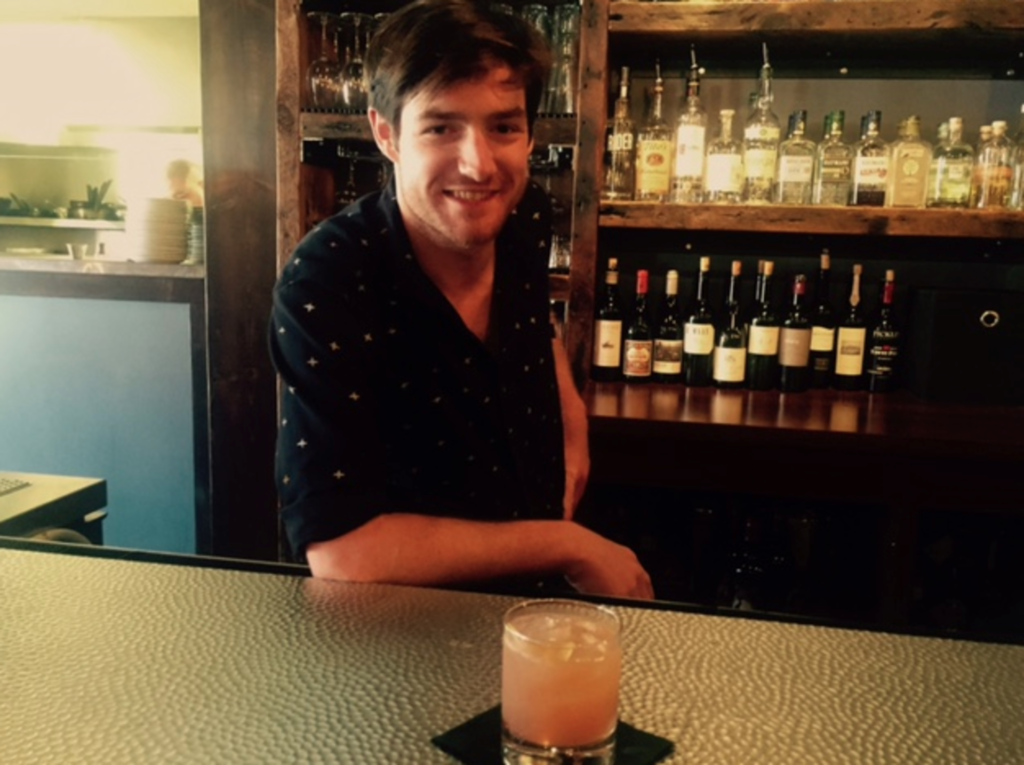 We’re getting pretty thirsty thinking about the upcoming Bacon & Bourbon night on Thursday, April 16, at the Guild. This year’s event features a new perk: the Cocktail Corner, where six local bartenders will be featuring an original bourbon-themed cocktail. We’re previewing all the drinks ahead of time because we just can’t help ourselves. First up: Blvd Tavern‘s Tommy Palmer.

Palmer’s cocktail, Springtime and the Livin’s Easy, features Devil’s Cut – a heavy, oak and spice-forward bourbon from Jim Beam – as well as fresh grapefruit juice, maraschino liqueur and Peychaud’s Bitters. At Blvd Tavern, Palmer takes ruby red grapefruits and squeezes fresh juice at the end of the bar – an enchanting piece of labor that I imagine he will be prepping in advance of Bacon & Bourbon.

All smiles, Palmer mixes the ingredients together and gives it all a thorough shake. He strains the salmon-pink liquid into a large rocks glass, garnishes with a grapefruit peel, and presents his drink to me with a grin and a wink. 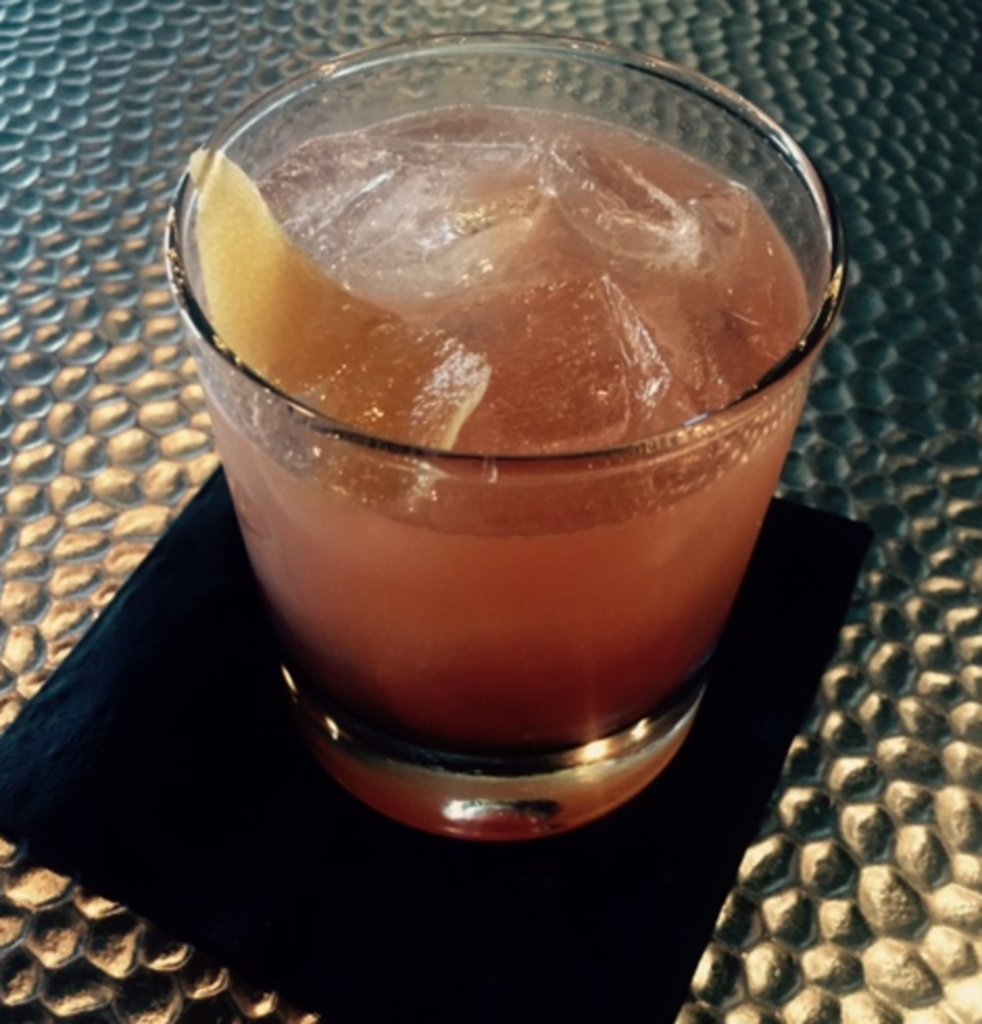 “Since the Devil’s Cut is so strong, I wanted a flavor that was going to be able to contend with it, but also something springtime-y and fun,” Palmer says. “I like the complexion and color of it. It’s a nice patio cocktail.”

Palmer – who has a suspicious amount of energy for a Tuesday before noon – dips a straw into the drink and takes a bar taste.

I couldn’t help but agree.

SPRINGTIME AND THE LIVIN’S EASY