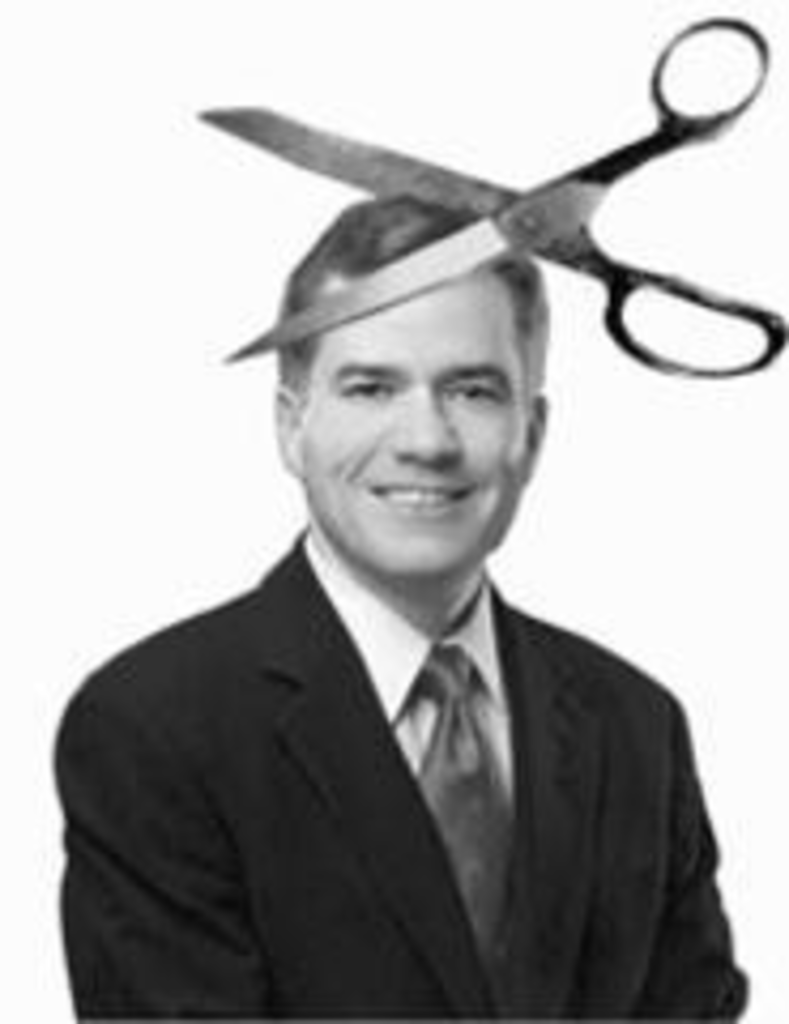 So I’m at the hair salon, a tiny but lively shop in Waldo, and my stylist has just returned from a vacation in San Francisco. One of the highlights was a tour of Alcatraz, which remains crumbling the way it was when the federal Bureau of Prisons abandoned it in 1963. Paint and plaster still peel off the cold, cold walls of the 5-foot-by-9-foot cells; a frigid bay wind still whistles in through open windows. A souvenir refrigerator magnet decorates the mirror in front of me — a black-and-white picture of the cellblocks, along with supposed text from the prison rule book: “Regulation #5: You are entitled to food, clothing, shelter and medical attention. Anything else you get is a privilege.”

Compared with the citizens of Missouri, I’m thinking, prisoners in Alcatraz had it good. At least they were entitled to medical attention. After this cold, cold spring in Missouri, Gov. Matt Blunt and his pallies in the Legislature have seen to it that 100,000 innocent Missourians don’t get that privilege.

On this Saturday morning, I’m not the only one in the hair salon who’s heavied-out by what’s been going on in Jeff City. Everyone seems to be agonizing over a picture on the front page of this morning’s Kansas City Star (which here is usually good only for its crossword puzzles). The photograph shows a quadriplegic lying on his bed, a catheter shoved up into his underwear, a medical assistant dressing him. He’s wondering how he’s going to live now that Blunt’s Medicaid cuts are law.

“I heard Claire McCaskill was OK with the Medicaid cuts,” says one of the stylists. It’s unfathomable to any of us that the state auditor, the Democrat who lost the governor’s race to Blunt, could possibly approve. Those of us who voted for her know that the bleak landscape would look a lot different if she were running the show. Hell, some people who voted for Blunt wish they hadn’t — one poor schmuck even wrote a letter to the Star in March to say he regretted his vote for the kid governor and to apologize publicly to McCaskill.

I call up McCaskill to ask if the gossip is true.

“Oh, my gosh, no,” she says, genuinely disturbed by the mere suggestion.

“These Medicaid cuts are the biggest hidden tax increase that this administration could ever bring to bear on the middle class,” McCaskill says. When uninsured people get sick, they go to emergency rooms. Hospitals have to get reimbursed, so they file claims with their own private insurance companies, and those insurance companies pass along the costs to employers, who start taking more money out of their workers’ paychecks to cover higher health-care premiums. “That’s the same as a tax increase. That’s why this is not good public policy and not good fiscal policy.”

Even before my disconcerting trip to the hair salon, as this spring’s ice-blooded legislative session played itself out in Jefferson City — hitting bottom in a mortifying display the last week in April when disabled, wailing and sobbing Medicaid recipients chained their wheelchairs to the doors of the House chamber and Blunt, protected by a squad of 12 Capitol cops and Missouri Highway Patrol officers, ignored their pleas for a meeting — I’d wondered: What would Claire have done?

After all, the budget had to get balanced somehow. The economy still blows, there’s not enough revenue coming in, and elected representatives of all parties are too gutless to stand up and say, Wait a minute — some things are worth paying a few extra taxes for.

I’d asked a couple of Democratic state reps what they would have cut instead, but none of their suggestions came close to adding up to a hundred million-plus.

McCaskill would have known where to find the money, but it wouldn’t be fair to ask her to solve the state’s problems for Blunt. Still, she’s the auditor. It’s her job. And she’s trying to do it — but it’s hard in the current political climate.

The one thing that didn’t make any headlines over this long, cruel spring was the possibility of spreading the cuts around a little. After all, if we’re asking families that earn only $350 a month to pay more for their own survival, would it really be so wrong to ask big companies to chip in, too?

McCaskill wants to audit the state’s tax-credit programs, which would help everyone make sure that Missouri taxpayers are getting their money’s worth by handing out tax breaks. “With tax credits, the beauty is in the eye of the beholder,” she notes. “To some, they’re corporate giveaways. To others, they’re vital economic-development tools. It’s very important that the governor and the Legislature get a handle on these.” The state is now handing out more than $250 million in tax credits. Some of the beneficiaries are delivering as promised, McCaskill says, creating jobs and spurring development. She wants to do a cost-benefit analysis on all of them.

But she says the Missouri Department of Revenue isn’t giving her the numbers she needs to do the math. “A variety of access issues have popped up,” she says. “It seems that we’re encountering a mentality that the auditor is the enemy. I don’t want to be the enemy. I want to help them. I just want to do my job. Everybody needs to set aside the heightened political stuff and say, Hey, let’s work with each other.”

That seems unlikely. The legislative session ends this week, and afterward, our elected representatives and senators will go back home to their districts, where the Republicans among them will presumably sleep well knowing that they have, as they like to put it, reduced people’s dependency on the government.

The rest of us will just keep worrying about the soul of Missouri. “I don’t understand how people could get in a room and make a decision to cut people’s oxygen off,” Kansas City Rep. John Burnett told me last week. Or, as Yaphett El-Amin, a state rep from St. Louis County, told the Star last week: “This isn’t a safety net. This isn’t even a hairnet.”

Even the stylists in Waldo know that.