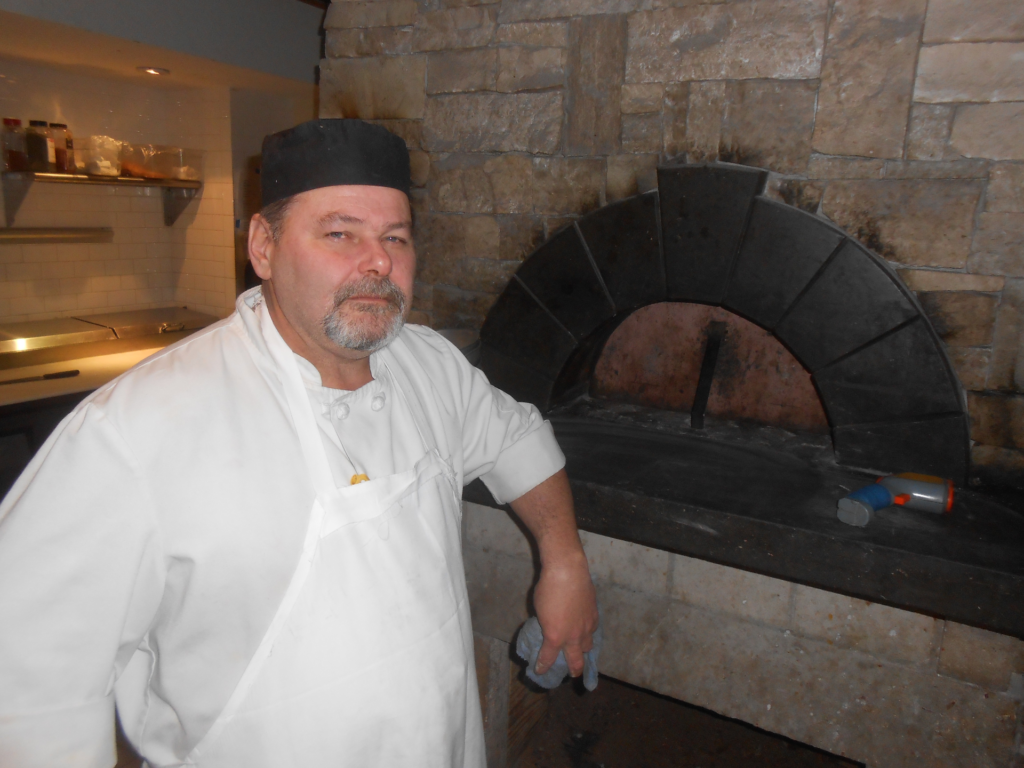 The Blue Grotto, the sleek pizzeria at 6324 Brookside Plaza, has been in flux since the unexpected death of the venue’s founder and owner John Grier last month. But former Blue Grotto general manager Fenton Malloy today confirms to The Pitch that he is in negotiations with the Grier family to purchase the restaurant.

“Yes, I know Pete’s reputation precedes him,” Malloy says. “But I’ve known him for years and I’ve always been impressed by his focus, the quality of his food, and his knowledge of food costs and food handling.”

Malloy, who says he’s still “ironing out the details” to take over ownership of Blue Grotto, says he’s in discussion with Peterman about menu changes. When I stopped by to talk with the chef earlier today, he was making loaves of brioche to use for making French toast for brunch this weekend.

“Working with a wood-burning oven is new to me,” Peterman told me. “I’m just now getting the hang of it.”

Peterman added that he’d never worked in an open exhibition kitchen like the Blue Grotto’s before. “I have to wear a belt,” he said.