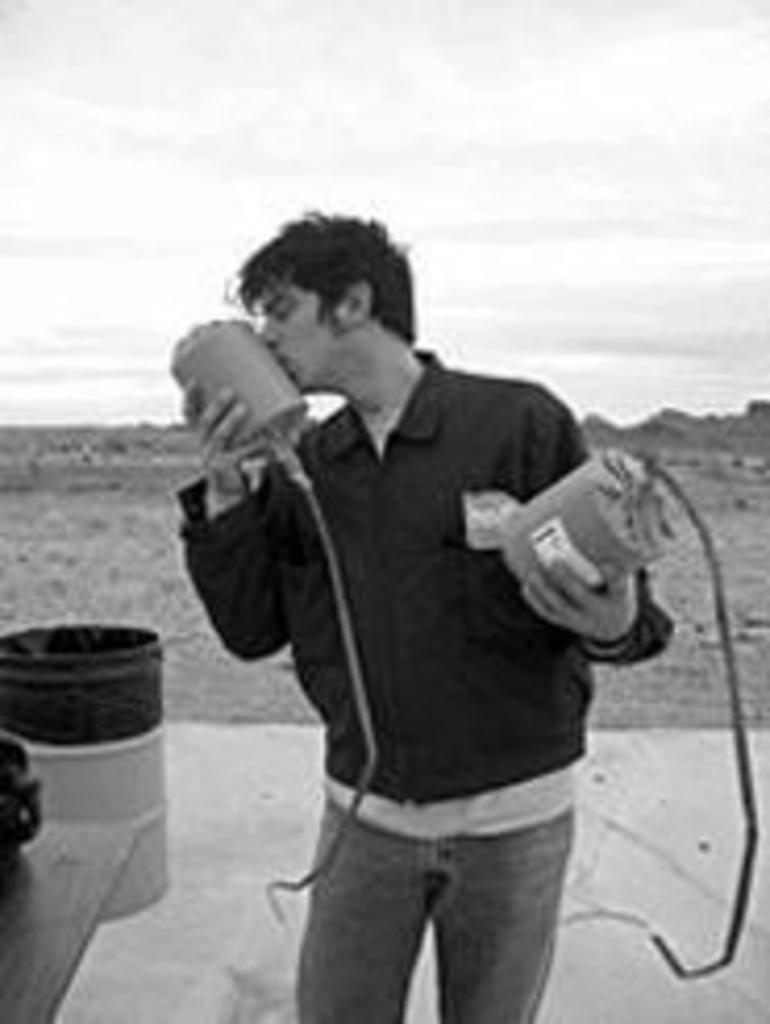 Let’s get this out in the open: Some people just aren’t into the Fourth of July. That doesn’t mean they don’t value sovereign nationhood. They simply recognize that the way most Americans celebrate this holiday lacks taste. Stars and stripes on toothpicks. Crowds of sweat-drenched shorts-wearers. Events hosted by local television personalities. Limp windsocks.

And then there are fireworks.

Maybe it was the guy who shot fireworks onto my balcony who turned me off of them. At some point, though, I decided that I expected more than a loud noise and a brief spray of color out of something that might scald me.

But then, a couple of summers ago, I lived on the West Side, where music blared from every doorway. On every lawn, people served fresh, grilled food as the sky erupted in colorful explosions. I had two options: I could try to appreciate the display that was going on at my doorstep, or I could join my dog in the closet. Maybe it was the beer, but I had fun, and I’ve been half-assing my hatred for fireworks ever since.

In fact, I began to hope for a fireworks display I could truly love. That found me standing in a pitch-dark soybean field one cool spring night with licensed pyrotechnicians Shaun Hamontree and Jed Carter. Making things explode is their idea of fun.

They’re members of a club called Mo Pyro, a network of professional and amateur Missouri and Illinois fireworks enthusiasts. The group gets together a few times a year. It’s a diverse collection that includes mechanics, professors, artists and farmers. Outside city limits, they can get their rockets off anytime. But they wait for these gatherings because there’s nothing sadder than watching fireworks alone.

Plenty of people buy sparklers and Roman candles when celebration is in order. But few of us know that making them ourselves is an option. And generally, when people shoot off fireworks, it’s to honor a major holiday or an athletic victory rather than for its own sake. As Hamontree notes, “If you’re not into NASCAR or baseball, where are you ever going to see fireworks and be happy about it?”

Carter can relate to my annoyance with the typical fireworks frenzy. He went through his own brief fireworks-hating phase, which coincidentally ended just like mine — with a move to the West Side.

“A lot of fireworks really are annoying because they’re so cheap,” he says. “You take $50 and buy enough fireworks to burn for 10 hours, not caring what they look like. That’s pretty ridiculous. In other cultures, fireworks have always been a special thing associated with religion or reserved for certain times of year or to scare the spirits away. So they’re almost more precious than they are here.”

But Carter is happy with what he sees at the really big pyrotechnics conventions, where one firework might do 15 different things as it goes up. The craftspeople who make such shells sometimes spend up to three months constructing them.

You can’t buy something like that in a store, because it’s not commercially viable. “If it takes three months for some guy to do that, how much are you going to sell it for?” Carter asks. “Is anyone really going to pay $6,000 for one firework?”

Even if Carter and Hamontree could make big bucks selling their creations, they wouldn’t accept cash as a substitute for getting to see them explode. Besides, having to make sure each shell does exactly what its package promises would, Hamontree says, “ruin the pure bliss of doing this.” The fun is in the risk-taking, the surprise of what happens when you light a match.

Green lights flash across the sky, and flecks of glowing silver shimmer upward like steady streams of anti-gravity glitter. White embers circle near the ground, finishing off with bursts high above. A rocket explodes and melts in midair like a strobe light, accompanied by an earth-rumbling, Harley-in-the-sky sound. There’s even a “fireball,” considered by most to be a mistake. A fireball creates a thick cloud of smoke instead of a colorful burst. It’s the goth member of the fireworks family — dark but ultimately harmless.

At the end of the night, Carter and Hamontree fire their experimental rocket — experimental because they don’t know for sure what it’s going to do.

Rockets are Carter’s and Hamontree’s specialty. Not the 1950s-esque pointy, tin-spaceship-looking things, either. “These are basically like traditional Chinese black-powder rockets they made 3,000 years ago,” Carter explains. He sounds reverent, like a person in awe of an ancient philosophy’s modern relevance.

“Heads up!” Hamontree shouts, and the rocket whines across the sky, beginning on the left then fading into small explosions to the right. What’s surprising is how slowly it travels, as if it’s suspended in midair, like it might not land at all. Carter and Hamontree stare up with anticipation, then practically collapse into giggles when it works.

Watching a man-made meteor shower with the men who made it is, I confess, very cool.

Just don’t go thinking it’s all fun and games. It’s work, too. Earlier, Carter and Hamontree buried a steel pipe 4 feet underground so that their fireworks-propelling shells would explode there rather than out in the open, where errant pieces of busted metal might hurt someone. The soy-enriched soil is now performing miracles of suction, holding onto the mammoth steel pipe as though a giant angry snake is clinging to it on the other side. It takes them an hour and a half — and a small army of Hot Damn-drinking farm dudes — to get it back out again.

The promise of cold beer keeps them going. But is all the effort worth a few seconds spent watching their explosions?

Carter looks up from his digging. “That’s something I’m questioning right now,” he says, grinning.

But he’s not, really. He’s already planning future rockets for future conventions. And yes, he’s thinking about the Fourth of July.

I’ll be there, too. I’m not telling you where we’re going, except to say that it will be out in the country, where city lights won’t dim the glow of the explosions.