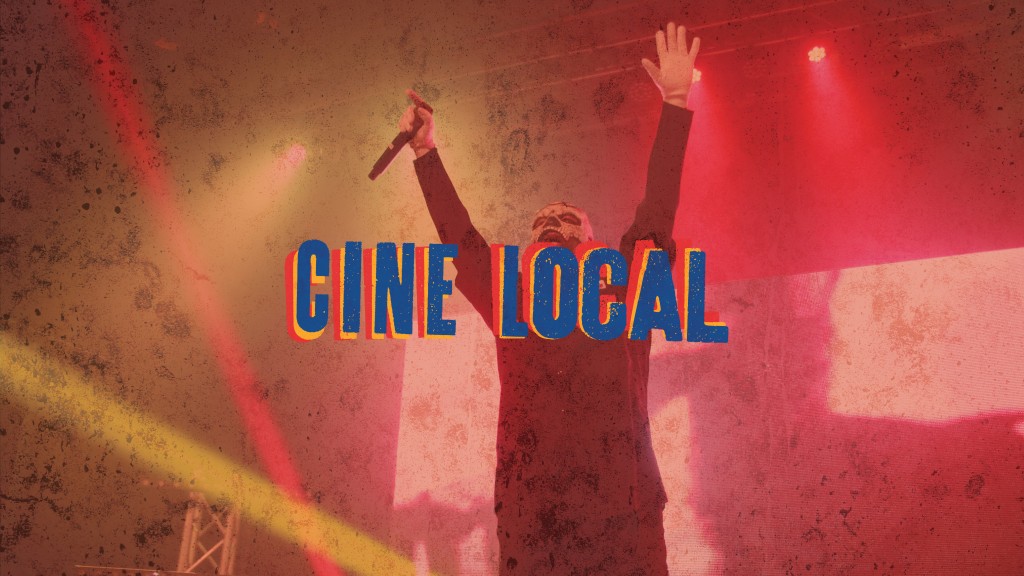 Whether you call it fall, autumn, spooky season, Halloween pre-game, or whatever, it’s now time for the leaves to fall off the trees, the blankets to come out the closet, and to embrace some tangible element of change in a world which seemingly has been the same day for the last six months. Bonus: local artists seem to have decided that it’s time to drop all kinds of projects on us, so there are videos, albums, and singles galore to feast your eyes and ears on in this latest Cine Local.

Combine a video which kicks off with an epilepsy trigger warning and the music of Lawrence psychedelic stoner band, Bloom, and you know you’re in for something special. The flashing lights and mandala-like imagery which constantly switches and transforms reminds me a lot of experimental ’60s short films by the likes of Paul Sharits, and it’s utterly hypnotic when combined with the drone and hum of Bloom’s “Pressing Palms.”

Out November 6 via Wiretap and Second Nature, Short Songs For End Times marks the first album since of new music from the Casket Lottery since 2012. That’s when the post-rockers released the Real Fear LP and a split single with Touché Amoré via No Sleep Records. While the band repressed their first three full-lengths via Run For Cover in 2018, and played a short run of shows at the same time, this new record comes as a complete surprise, albeit a pleasant one. The video for “Born Lonely” is comprised of vintage space exploration footage and fits the spirit of adventure borne by the band’s return.

You can pre-order Short Songs For End Times from the Casket Lottery’s webstore.

Combining loped-out reggae rhythms with a speedy flow, Danza’s “Oh My Lanta” takes its hook from a Full House saying, all while Danza dances around without a hint of self-consciousness. Given that the hip hop artist’s new album, Danza’s Garden, is all about the process of falling in love with his soon-to-be wife, the lack of control he’s showing, visually, combined with the lyrical content, results in a video that’s absurdly joyous.

You can order Danza’s Garden from Unable Records.

“I’m at peace with my regrets/ I will drown in self-reflection” is exactly the emo lyricism we need right now, am I right? Wichita’s Old News sound like they stepped out of a time machine from the late ’90s, listened to an AJJ record, and started playing shows. The band’s debut full-length, Self-Acceptance Speech, is out on Austin’s We’re Trying Records on October 15, and if you like “Heads Like Projectors,” the rest of the album is going to blow your hair all the way back. The video, directed by frontman Beau Harris, is a black-and-white blend of performance footage and archival footage of people going about their day in the ’40s and ’50s. It’s definitely something to wrap your head around.

The Brownz and S.H.A.D.O.W. team up for “Don’t You Ever Forget,” the first track from their D.E.M. project. Standing for “Destroy Everything Moving,” the trio goes harder than you might expect from a self-described group of OGs. As Melena Brown spits, though, they “ain’t dead yet.” This is something like the sixth or seventh release from the Brownz so far this year, and the pair of Melena Brown and her husband, Young Fierce, are going even further when D.E.M.’s album drops later this year. If this first peek at their collab with S.H.A.D.O.W. is any indication, there’s no-one hungrier in the game right now. Don’t sleep.

Honeywagen, “All the Little Things”

Rock-O-Plane Records is proud to present Halfdog, the fifth full-length release from Kansas City’s finest purveyors of pop-rock ‘n’ roll, Honeywagen. The band’s been rolling for two decades now, and with every release, they endear themselves even more to the local music scene. The band’s music is just so timeless and evocative of a wide swathe of artists that it’s tempting to just call it Beatles-esque and leave it at that, but there’s a certain Midwestern twang running through Honeywagen’s music that falls halfway between Lincoln’s Matthew Sweet and Tulsa’s Dwight Twilley and completes a trifecta you didn’t know existed. The Mark Honer-directed video is right on the money with its small-town charms.

You can find links to purchase Halfdog at Honeywagen’s website.

So laid-back as to be conversational, Khari’s “Enough is Enough” feels like it’s somewhere in the middle of a late-night bull session, a freestyle, and some long-considered lyrics. As Khari raps in the song’s final moments, “I can’t be for nobody else, unless it’s me,” and it feels like the rapper has created a flow and delivery all his own. It’s super-chill, and the footage shot by director Webb Stolte makes it feel like we’re just hanging out with Khari as he wanders around, making music. It’s intimate in a way I didn’t expect, and it makes me want more from the musician, post-haste.

For a bunch of dudes who are all about smoking weed, I’m always kind of amazed at how confrontational the guys in Kannabis Club can be. I don’t think I’ve heard the phrase, “Fuck you motherfuckers” quite so much since I worked overnights at a factory down in the Northland. It’s cool, though, because “Heat” features vocal turns from Disco Don, FE$TY MAGIC, TokenFlow, Mr. Bob, and Newsclips, meaning that you’re presented with a variety of flows and deliveries, making for an ever-changing patchwork of sound, anchored by one hell of a beat. Props to shooting on the back steps of the Riot Room, too. It’s a nice nod to a place that’s supported these fellas.

Fresh off “Britney Bitch” comes another ’90s-referencing track from Blackstarkids’ upcoming Dirty Hit debut, Whatever, Man. The titular former child star even endorsed the cut on Twitter, no small thing. The video — directed by the group itself — does this amazing job of reminding you of Malcolm in the Middle, with the variety of video games and cartoons on the TV screens nodding to the Fox sitcom’s opening credits, while not actually showing anything with the actor himself. As a commenter on YouTube states, “this sounds like the trademark blackstarkids song,” and given that “Frankie Muniz” is kind of sad as fuck, but it’s also a bop, that fits perfectly.