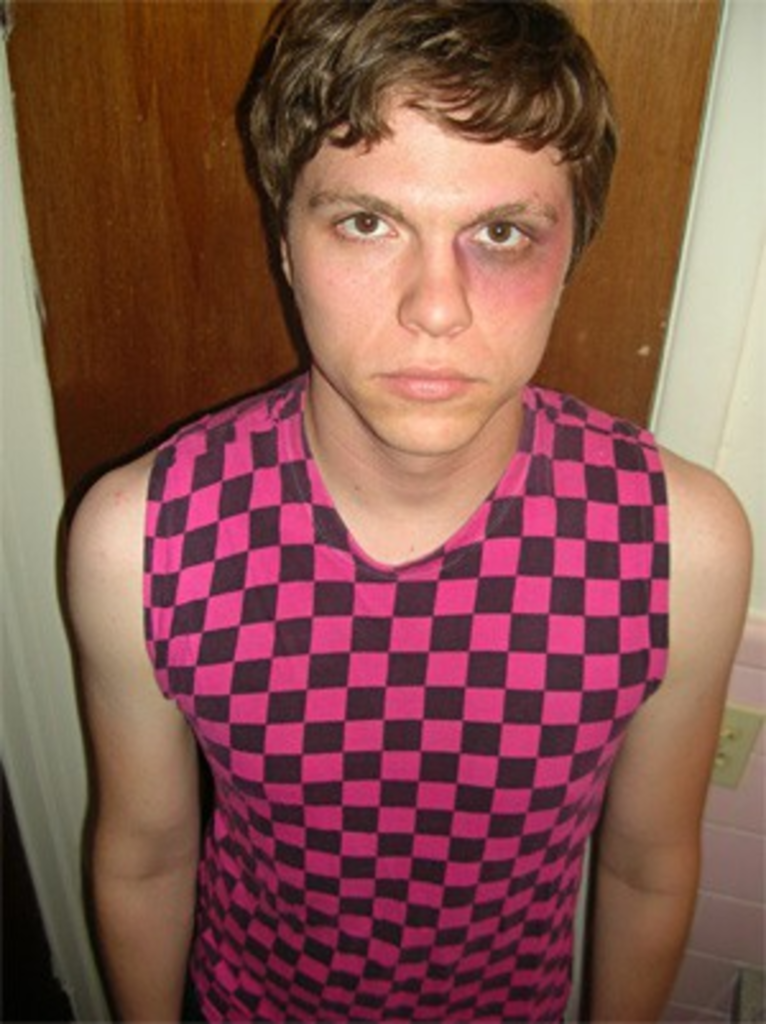 It’s Wednesday night on the Lower East Side, and Memphis garage rocker Jay Reatard is at the Cake Shop.

The venue’s space leaves a lot to be desired. The upstairs is an inviting bar styled like a sleepy diner, but the Cake Shop books its shows in the tatty basement. The room is shoebox-narrow, with a low ceiling that makes an otherwise manageable case of claustrophobia un-fucking-bearable. The only saving grace is that the punks and hipsters who have showed up in spades tonight are prohibited from blowing cigarette smoke in your face.

Unfortunately, they are permitted to sweat all over you, knock your beer and obstruct your view. All I’m able to see of Reatard and his young and feral band are the tops of their massive Wayne Kramer ‘fros. If the music weren’t so damned infectious, there would be no reason to stick around.

A couple of suits stand nearby. Strange bedfellows to the striped-T-and-skinny-jeans crowd, each bops along to the tight, fuzzed-out jams, Blackberry stylus in hand and bluetooth in ear. How did they hear about Jay Reatard? Dude’s not exactly mainstream — check out the cover of his debut solo record, Blood Visions. In the center of a stark white room, Reatard stands only in his BVDs, covered in bright-red gore. Not exactly something that retails at Starbucks (but is available on iTunes, surprisingly).

“Yeah, I talked to those guys after the show,” Reatard tells The Pitch by phone from Asheville, North Carolina. “They’re film executives. Someone gave ’em my record, and they liked it.”

Released this year on indie label In the Red, Visions is a 15-track album that clocks in at just less than 30 minutes. Each song is a speedy and paranoid lo-fi gem that recalls an era in music that was under way when its maker was just an infant. But unlike a lot of modern musicians copping to styles that peaked when they were in diapers (hello, Interpol), Reatard is no retreader.

“There’s a difference between being inspired and being retro,” he explains. “But music is a derivative art. You’re supposed to listen to records as a kid and want to be inspired. It’s a sort of hero worship.”

Reatard’s heroes are the snot-nosed-little-brother bands of punk rock’s pioneers, including under-the-radar acts the Weirdos, the Undertones and the Adverts (a late-’70s UK group whose “Fading All Away” Reatard covers on his record).

Though Reatard’s music is a visceral and bloody vision indeed, it’s also deliciously poppy and smart as hell. It oughta be — the kid’s been at this for more than half his life. Reatard, born Jay Lindsey 27 years ago, made his first record at 15 at home in Memphis.

“As soon as I found out what a four-track was, I asked for one for Christmas,” he says.

Under the band name the Reatards, he started writing and recording demo tapes and passing them around to friends. Eventually, one of those tapes ended up in the right hands. Eric Friedl, member of 1980s Memphis punkers the Oblivians and owner of indie garage label Goner Records, released the Reatards’ first 7-inch, “Get Real Stupid,” in 1998. The Reatards continued churning out releases for Goner, and the band’s prolific leader sought out other avenues, playing in side projects such as synth-punkers the Lost Sounds and the Final Solutions. But as Reatard started touring and catching the attention of higher-profile labels, he began to concentrate on his solo career.

“I had to crush those other bands. I was dispersing my energy in too many directions,” he says.

Now Reatard is supported by a backing band that he recruited in Memphis. He endures an exhausting touring schedule that won’t conclude until next year. But even though he finds the road’s lack of creative opportunities stifling, he knows it’s necessary.

“Touring builds momentum,” he says. “You gotta keep it going, but you run the risk of burning out.”

That’s not happening anytime soon. As Reatard travels from town to town, he notices that the crowds are getting bigger and more diverse.

“It used to be, we’d tour city to city and point out a person and say, ‘Oh, there’s that version of that guy from that city,'” Reatard says. “I never wanted to be locked down like that. Now I see hardcore kids, indie kids that must’ve heard about us on Pitchfork, and now these suit-and-tie guys.”

Maybe seeing Blood Visions for sale at Starbucks isn’t too far off after all.