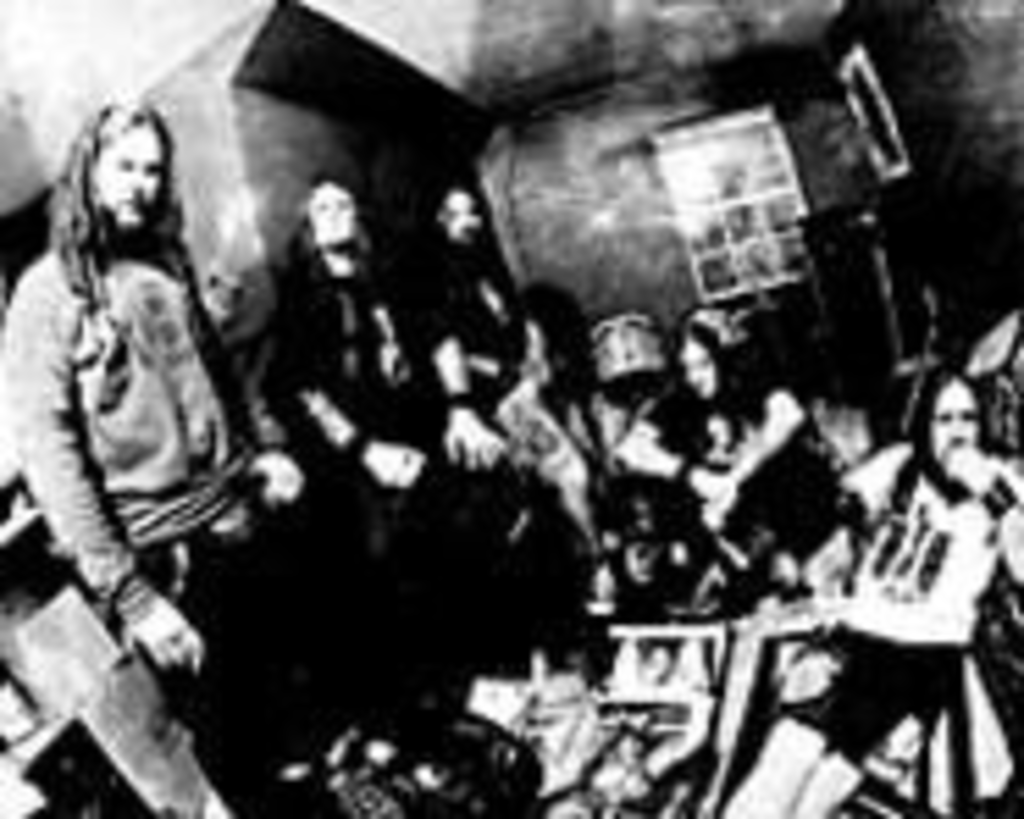 Phil Anselmo is nodding off. But you’ll have to forgive him — it’s been a long day. More than 15 bands have taken to Ozzfest‘s two stages already as the metal caravan enters its tenth hour on a blistering Tuesday evening in Columbus, Ohio.

It’s only been about half an hour since Anselmo led resin-coated hardcore revisionists Superjoint Ritual through 30 minutes of steel-toed thrash. His head shaved but for a knot of black hair, his arms jutting out of a sleeveless, red, button-down shirt like a punk-rock P.E. teacher, Anselmo growled and glowered at the audience as if they had just drunk his last beer.

“If you’re standing there like a pussy, you are a fuckin’ pussy,” he barked at the crowd of about 15,000 as the rest of the band members gritted their teeth and shook their dirty hair.

“Eat pussy until your jaw breaks,” Anselmo instructed as he exited the stage, heading straight for his bus, where he now reclines.

Sitting in the back lounge, surrounded by a good fifty bottles of vitamins and health supplements, Anselmo knocks back one Beck’s after another. He talks at 33 RPM, stretching syllables like wet taffy, his eyelids hanging so low you could blindfold the guy with dental floss. He often seems as if he has just awakened from a deep sleep. Probably because he was — in midconversation.

“I was thinking so deeply, man,” Anselmo says after his assistant kicks him in the foot to wake him up and continue the interview. “Can you repeat the question?”

Then he picks up his train of thought, and it’s suddenly full speed ahead.

“I don’t need to do this shit. I don’t need to tour. I don’t need to fuckin’ do anything like this, man. I could fuckin’ sail the world if I wanted to,” he says. “But music is the most important thing in my life, and when music goes down the toilet, maybe I do, too, man.”

And so Anselmo is back on Ozzfest for the fourth time, bringing some danger to the annual headbanger bacchanalia, which has undergone a sea change in 2004. For the first time, there are more mohawks than mullets in the crowd; hardcore-influenced acts such as Superjoint have taken over.

Metal and hardcore kids usually keep their distance from each other. Early crossover great S.O.D. famously dissed the Washington, D.C., hardcore scene on its debut, and C.O.C. lampooned the meathead mentality of headbangers on an early LP. The prospect of skinheads and longhairs trading blows at Ozzfest initially sounded like an invitation for a Red Cross intervention.

The same goes for life backstage, where some rather curious male bonding is going on.

“Every Time I Die started a crew called the Shirts Off Crew,” Williams explains. “When the sun goes down, the shirts come off. We have 32 members now — there’s a member of each side-stage band. There’s a member of Dimmu Borgir. Corey Taylor [of Slipknot] is a member. He’s second in command. We just meet in the second-stage parking lot, take our shirts off, and party all night long. Tonight we’re having a shirt burning, actually, ’cause shirts should be illegal.”

Not that Ozzfest is unfamiliar with illegal activity. At the Columbus stop, 71 kids were arrested for underage drinking, and there was plenty of indecent exposure: Ladies doffed their tops to have their nipples airbrushed with the ‘Ozzy’ logo. You could buy pentagram panties and glass pipes in the Ozzfest flea market or blow $10 on a big-ass beer served in a plastic guitar. The crowd ranged from middle-aged dudes in “Britney Wants Me” T-shirts to bleach-blond 13-year-olds in half-shirts.

The show began at 9 a.m. in a sweltering parking lot adjacent to the main stage with close to 10,000 people already on hand. The crowd worked itself into a lather for early performers such as Devildriver and Italian goth metallers Lacuna Coil, but most of the theatrics were saved for the main stage.

Symphonic black metallers Dimmu Borgir sported corpse paint, shoulder pads and studded boots (which made them look like a Satanic hockey team), and a singer who sounded like Vincent Price coughing up a hairball. But a reunited Judas Priest wasn’t about to be outdone.

Priest singer Rob Halford looked like the Queen of the Damned in a full-length, black-leather coat with tassels swiped from the handlebars of your kid sister’s bike. He sang from atop a pair of giant ramps held up by the Judas Priest logo while guitarists Glen Tipton and K.K. Downing ripped out solos at the crest of a large, silver staircase. For the encore, Halford rode out on his trademark hog and sang “Hellbent for Leather” without ever leaving the motorcycle’s seat.

Black Sabbath’s show-closing set was just as outsized. It began with an anti-war video montage that omitted a controversial segment — which had run in other markets — comparing Bush to Hitler. Ozzy Osbourne sounded better than he has in years, though he flubbed his way through “Sabbath, Bloody Sabbath” and gripped the microphone stand for balance.

“My doctor told me that I need to rest for at least 18 months,” Osbourne bellowed. “You know what I said? ‘Fuck you! You can’t kill me. I’m fuckin’ bulletproof.'”

But for all the larger-than-life pomp that closed Ozzfest, the grittier, hardcore-influenced bands —including Superjoint Ritual and its sleepy leader — were a welcome counterbalance. For the first time in Ozzfest’s history, the barrier between audience and artists seemed to have been torn down.

“I am bringing down that barrier, and we’re meeting head-on,” Anselmo says, chest heaving. “The way I speak to the children, man, I fuckin’ talk to them as though I was their brother, their sister, their lover, their fuckin’ best friend. I speak with them, man. I let them know that I care about them,” he says with a rare grin. “It’s a strange type of fish to sell, ya know?”