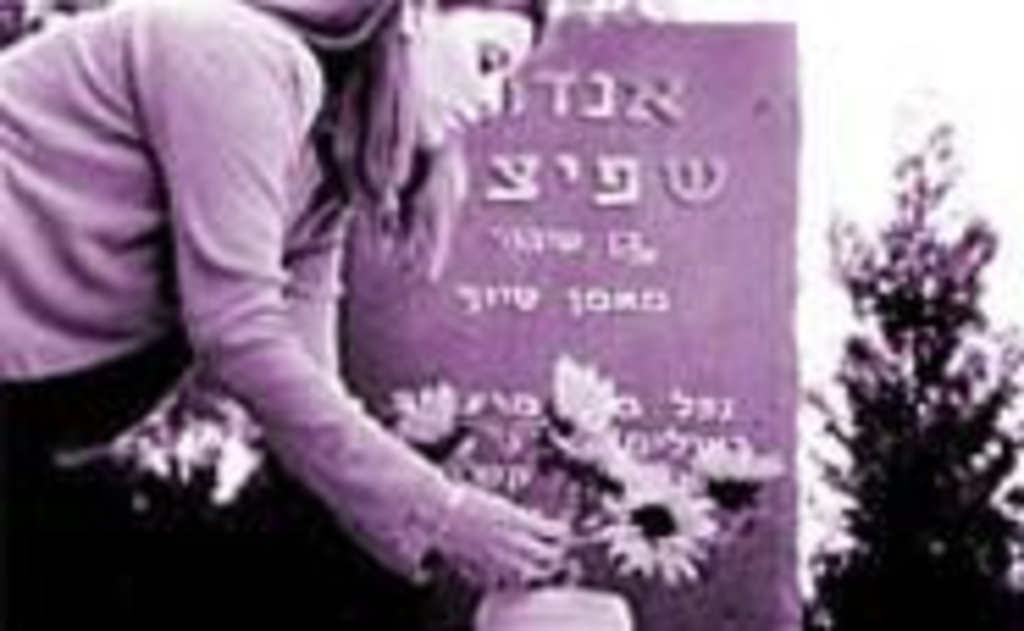 The twentieth century is replete with examples of unconscionable crimes carried out in the name of some quasi-political, military or religious cause — acts of such misguided judgment and mindless brutality that they seem to cross an invisible threshold of decency, morality and understanding. The My Lai massacre of 1968, in which American GIs gunned down more than 500 Vietnamese civilians, most of them women or children, was one such atrocity. Another was the 1978 kidnapping and murder of Italian statesman Aldo Moro by members of the Red Brigades terrorist group. A third was the slaughter of Israeli athletes at the 1972 Olympic Games in Munich, Germany.

That the murder of eleven Jewish athletes by members of the radical Black September Palestinian organization should occur in Germany was an irony lost on no one, least of all the host country, which had hoped that these latest games, billed as “the Olympics of peace and joy,” somehow could erase the memory of the previous world games held in Germany, those presided over by Adolf Hitler in 1936. (Several of the Israeli athletes were children of Holocaust survivors.) To make matters worse, German government and police officials totally botched a rescue operation.

The tragedy unfolded live and in color around the globe, courtesy of hundreds of television news cameras that were already in Munich to record the sporting event. (To the outrage of practically the entire world, the Olympic Committee initially chose to continue the games even as the bloody events played out in one corner of the Olympic Village.) ABC, which had exclusive American rights to televise the games, had the unenviable — or enviable, depending upon one’s point of view — task of “hosting” the unplanned, and certainly unorchestrated, reality show. When it was over, every one of the kidnapped Israeli athletes lay dead, along with five of the eight Palestinian guerrillas and one German police officer.

One Day in September, directed by British documentarian Kevin Macdonald (grandson of filmmaker Emeric Pressburger and director of Howard Hawks: An American Artist and A Brief History of Errol Morris), won this past year’s Academy Award for best documentary but is just now getting a theatrical release. The film’s subject matter and the on-camera interviews, including one with the sole surviving Palestinian terrorist who participated in the bloody attack, are what make the film worth watching. Unfortunately, some of Macdonald’s stylistic choices, especially the juxtaposition of shots and the frequently raucous rock score, work against the film’s effectiveness. Were the topic itself not so engrossing, such flaws would more seriously detract from the movie’s ability to both shock and move the audience.

The film recounts the horrifying event that began in the early morning hours of September 5, 1972, when eight Palestinian terrorists, disguised as athletes, climbed over a fence surrounding the Olympic Village and broke into the quarters of the sleeping Israeli team. Two Israelis were wounded in the initial assault and died shortly thereafter. The remaining nine athletes were taken hostage as Isa, the terrorist leader, released a list of demands. If 236 political prisoners being held in Israeli and other jails were not released by noon — a mere seven hours later — all of the hostages would be killed.

Not surprisingly, the film is most valuable in relating what wasn’t shown (or even known) at the time the ordeal was transpiring — specifically, what was going on behind the scenes. This is told from the perspective of the Black September guerrillas who initiated the crisis; the German officials trying to deal with it; Israeli government officials (including, for the first time ever, the head of MOSSAD, the Israeli secret service), whose requests to come in and attempt to free the hostages themselves were repeatedly denied by the Germans (the Israelis have a policy of never negotiating with terrorists); and friends and loved ones of the slain Israeli athletes, who painfully recall the information and misinformation they were fed during the 21-hour ordeal. One of the film’s highlights is a lengthy interview with the surviving terrorist, Jamal Al Gashey, who today lives under an assumed name somewhere in Africa.

The rescue operation the Germans mapped out was a disaster practically from the beginning. In one example of extraordinary ineptitude, 24 Munich policemen scaled the roof of the dormitory in anticipation of storming the Israeli quarters, only to realize that their preparations were being recorded by an East German film crew and were being broadcast live on television. The terrorists were privy to every move the police were making. Needless to say, the “surprise” attack was canceled. The list of blunders the Germans made reads like a comedy of errors; under any other circumstances, it might have been.

One of the most stunning revelations of the film is saved, perhaps appropriately enough, for the end. It concerns what happened to the three Palestinians who survived the final shootout with police.

Director Macdonald makes some unconventional — and not particularly successful — artistic choices. While Led Zeppelin and Deep Purple are unquestionably indicative of the time period, their music clashes with the mood and tone of the events the film depicts. And while the archival footage is effective — most of it is played in slow motion, presumably to make the visuals last longer — the way different shots and scenes are intercut is jarring at times. Nothing, however, can diminish the sense of horror one feels at what happened that day in September, while Macdonald’s revelations and the candid comments he elicits from his on-camera interviews more than make up for the film’s less successful elements.