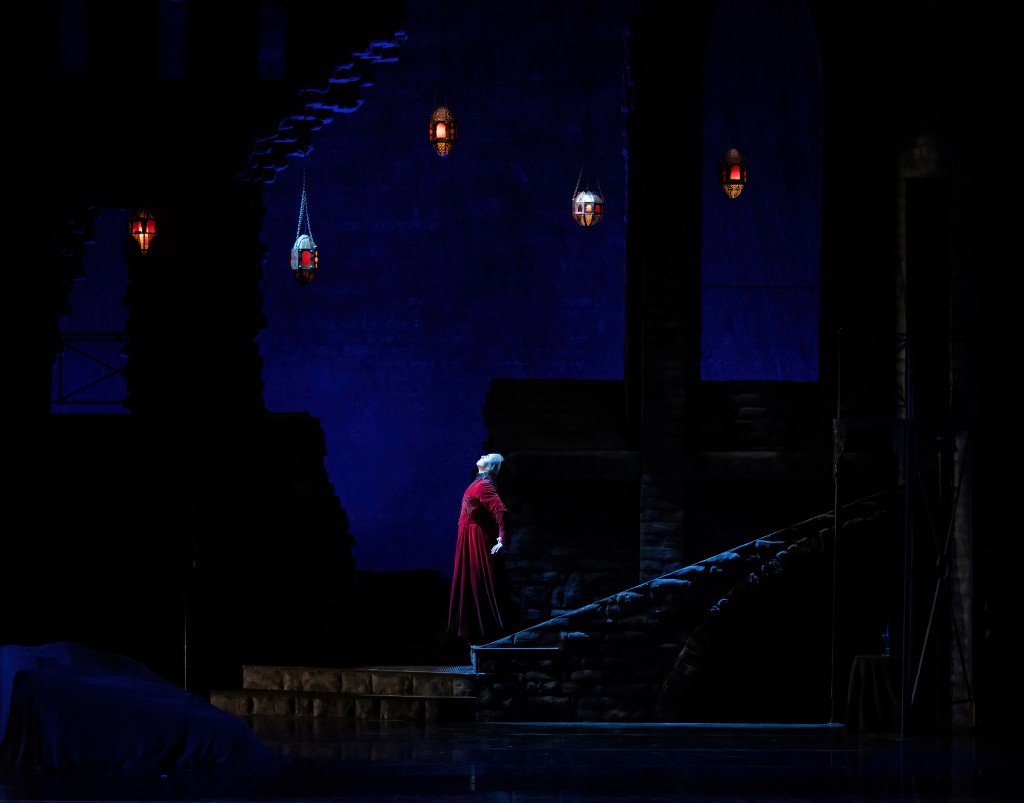 The dancing was precise and graceful; the set design was large-scale and clever; the costumes were heavy and intricate, and the orchestra was slapping.

Dracula was a lot to take in, even before the show.

Braving a snowstorm, I took my wife to the vampire ballet on opening night, which happened to be her birthday. As a couple, we love high culture—albeit she is more acquainted. The last ballet I saw in person was The Nutcracker on a third-grade field trip.

This was my first time inside Kauffman Center, and it’s opulent over there—just beautiful architecture and lines. The acoustics were fantastic, and it seemed like every sightline was a good one. Instead of flickering the lights to notify intermission is over, a man in a blue vest walks around playing three tones on a brass glockenspiel; three tones for three minutes, two tones for two minutes, and so forth. 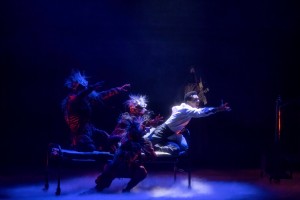 When I say the Kauffman Center is nice, I mean its Hunger Games District One fancy; just elite-level people watching. I was hanging around the bar near the coat check before curtains and overheard all types of chatter.

“No thank you, I don’t want to give up my cape,” says a dressed-on-theme gal.

I saw a man with red suede shoes that matched his red velvet fedora while wearing a ruffled shirt and fox fur that nearly one-upped the cast’s wardrobe. Seated to my right was a solo but elegant grey-brown-haired woman adorned in houndstooth patterns reading her program intensely with perfect posture. Six seats to the left was a 9-year-old with a red-feathered flapper headband.

Looking towards the stage revealed a sea of men with horseshoe-male-pattern-baldness wearing blazers and the women who tolerate them donning their best getups. There were a few who didn’t get the memo. Hoodie and ball cap guy was seen at the bar drinking away his nerves. While waiting for our wives, a larger man in a beat-up peacoat over a well-worn polo that revealed just a hint of belly locked eyes with me in recognition of not really belonging.

Eight minutes after the listed start time, the orchestra warms. There’s a dream-like sequence to start the show full of unnerving sights and sounds: wolves, heartbeats, blood, and vampire nymphs dancing in their Nosferatu-tus.

Johnathon Harker is tasked with securing a real estate deal with an eccentric count in Transylvania. The set change to simulate train travel accompanied the symphony to significant effect.

Our leading man watches villagers perform an odd ritual sacrifice for protection at a train stop. The group stomps a wolf to death as if the beast was Billy Batts in Goodfellas. The townspeople parade the wolf corpse around before giving Johnathon a cross necklace to help ward off spirits.

If a wolf murdering mob were afraid to go to Dracula’s place, I’d turn around. Johnathon doesn’t because of capitalism; gotta flip this castle and make that bread bro. 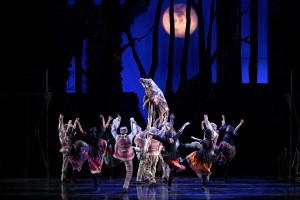 When we first see Dracula, he is in a red velvet cape with stringy grey hair reminiscent of an elderly Kid Rock. Liang Fu, who plays Dracula, does a very nifty move downstairs that looks like he is hovering or floating down the stairs.

You get the sense that the count is intensely interested in Harker. Drac gives Harker absinthe, and a homoerotic tension arises between the two. Dracula helps him undress and prepare for bed before retiring himself.

Just as Johnathon falls asleep, three female vampires try to seduce our leading man. Harker has got to be feeling himself this evening because everyone wants a piece of him. He only realizes which exact pieces when Dracula shows up angry and lures his vampiresses away with a bag of bloody organs. The 9 year-old to my left covered her eyes.

The most powerful person on stage had the smallest stature in Danielle Fu, who plays the Mina. Her dance numbers were intricate and impressive—rising to her toes when seduced by Dracula (played by her real-life husband).

The whole ensemble cast and orchestra should be lauded for putting on such a production. My wife and I had a great time—it was a fun show to see, made by talented local people, and in a beautiful setting.

Dracula at the Kauffman Center has performances on Feb. 24, 25, 26, and 27. Tickets are still available. 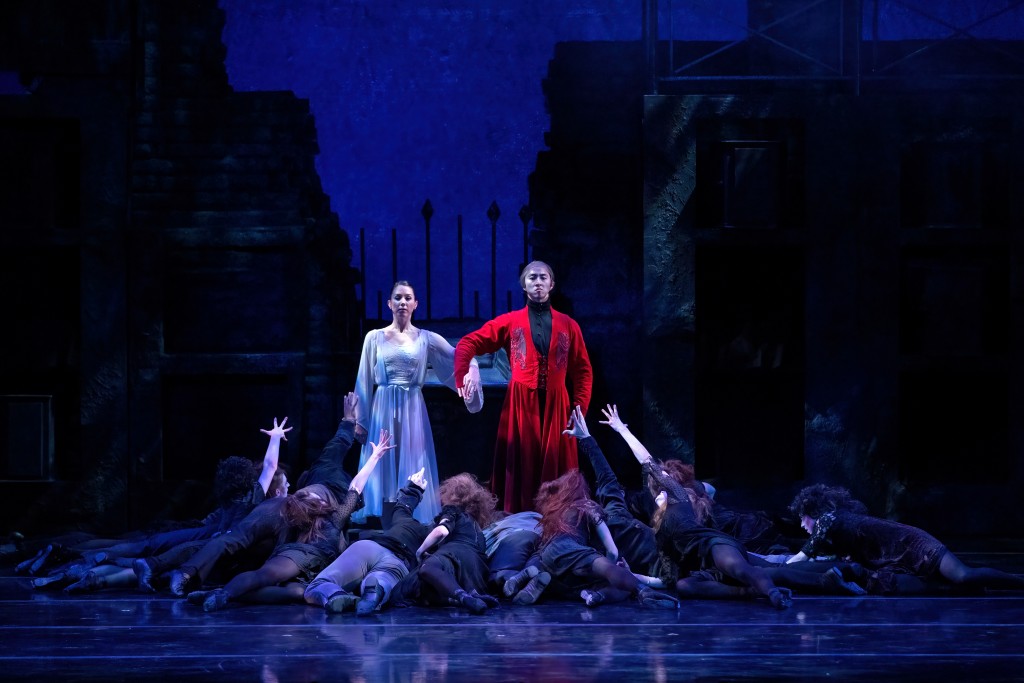