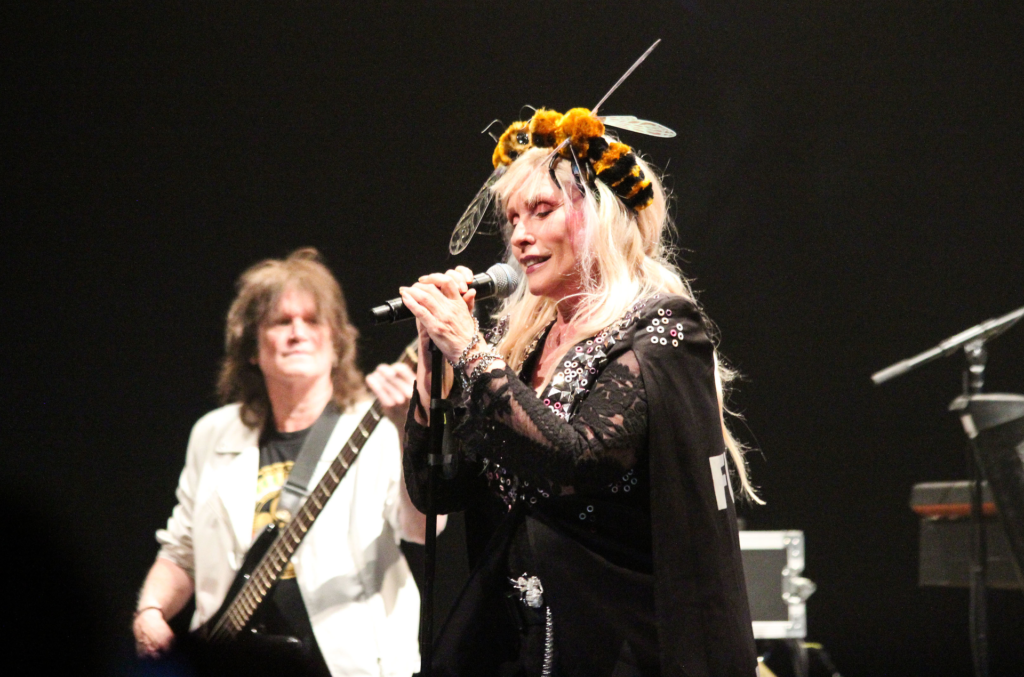 With John Doe and Exene Cervenka

The Kauffman Center for the Performing Arts

The show at the Kauffman Center may have kicked off while the sun was still high in the sky, but inside, the audience — mostly rock fans of a certain age — kicked it like it was way past their bedtime. It’s not that the Blondie-Garbage fan base is especially senescent — Blondie’s music finds new fans every year, being timelessly excellent — but that artists of a certain vintage and career path tend to draw crowds able to afford tickets of a Kauffman price.

That’s not a complaint, really — this was the classiest rock show I’ve ever attended. There was even a sign, as you walked up the stairs, warning that we might hear some “adult language/themes.” (Also, adult pants: so many khakis.) And I was handed a playbill. So, yeah, swanky.

Blondie came out, with Debbie Harry wrapped in a cape that directed, on the back, “Stop Fucking the Planet.” There were fabric bees on her head, and she wore harem pants. That set the tone onstage, countering the “just left the office” vibe dominating the seats. The opening riff to “One Way or Another” sounded, and the place went mad. The guitarist — a younger guy named Tommy Kessler, who plays rhythm to Chris Stein’s lead — can shred like hell, and he did enough bouncing around for those in the group now less rubbery. He ripped a solo at the end of “Atomic” that melted my damn face clean off, complete with behind-the-back playing. 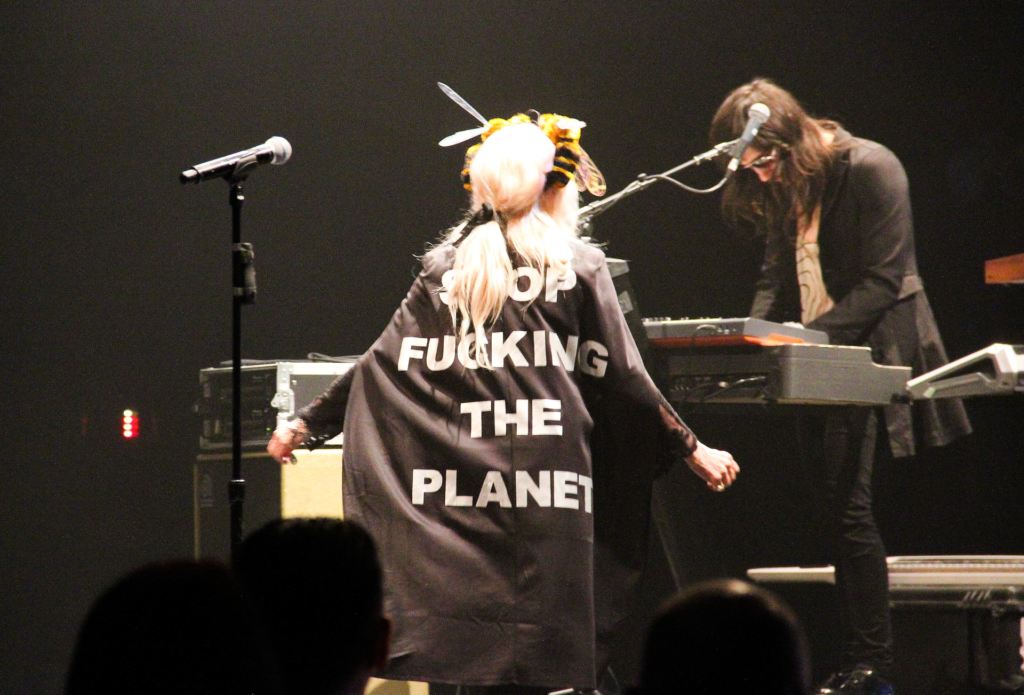 Debbie Harry has always been more about presence than about movement. She doesn’t need to run around a stage to command it, and last night she entranced the audience while standing stock still. It was a fantastic performance — not least because the newer songs, such as the disco-fied “Fun,” ran seamlessly together with the likes of the the unfuckwithable “Call Me.”

We need to talk about drummer Clem Burke. During “Rapture,” he made it perfectly obvious he does not get near the respect and credit he deserves. The man laid it down. To be a Blondie fan is to take for granted the monster groove of its best songs. That’s Burke. Then and now, regardless of how big the guitars get or how much you’re focusing on Harry’s raps, that drumming is fucking relentless. Last night, “Rapture” led into a psychedelic blues-punk take on Bob Dylan’s “Rainy Day Women #12 & 35,” and that worked, too. Honestly, it was a nearly perfect set, played by a band that sounded better on some cuts than on the recorded originals. That’s a borderline impossibility for most bands. Blondie, though, made every song sound full and big, turning this fancy theater into a rock club.

One Way or Another

Hanging on the Telephone (Nerves cover)

The Tide Is High (Paragons cover) 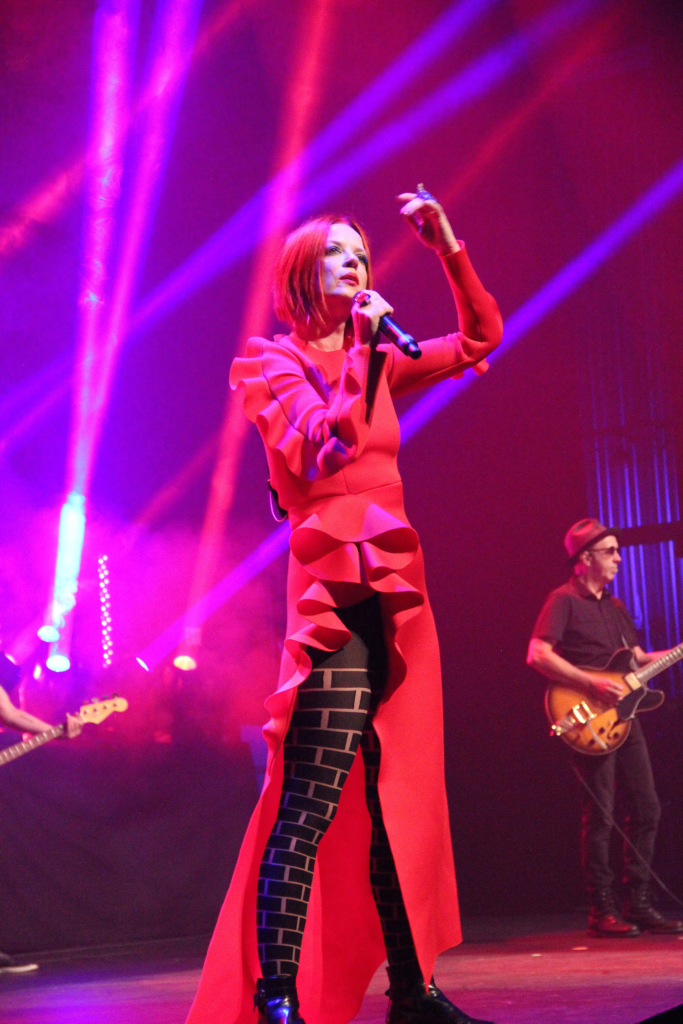 After the throbbing bass of the Clash’s “Guns of Brixton” faded from the house PA, Garbage came out to lights, swirling fog and the blast of “No Horses.” The band was clad in black, with singer Shirley Manson stalking the stage in a red dress. The audience was properly hypnotized. 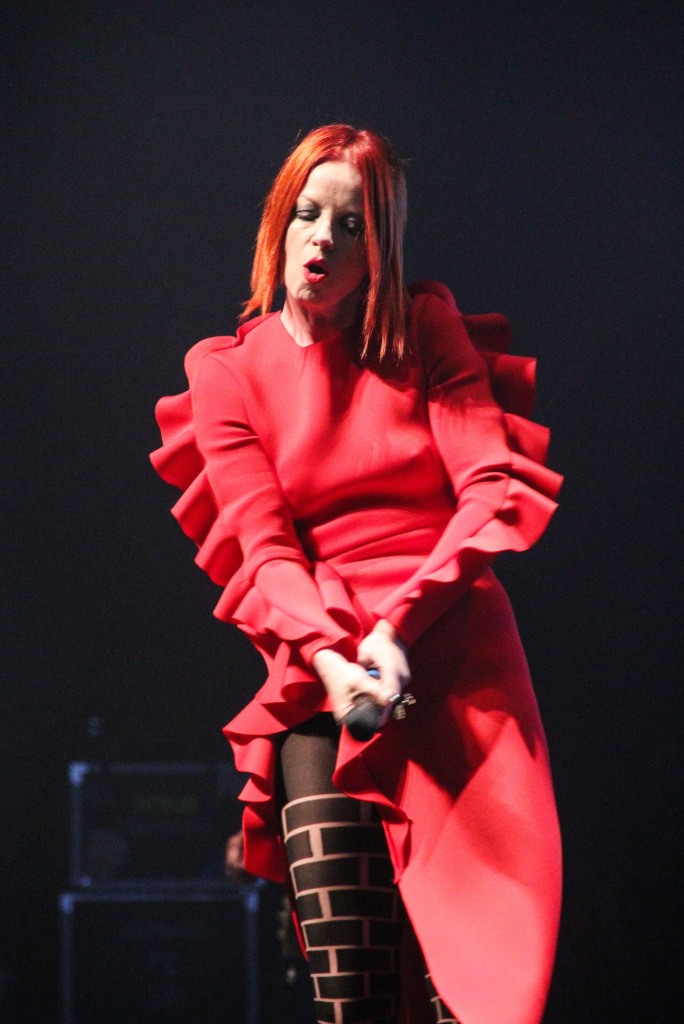 The sound wasn’t great at first. You could tell the band was firing on all cylinders, but the vocals came through hollow, and the guitars and keyboards were all but overwhelmed by the bass. The guitar line that cuts into “Queer” after the break was almost inaudible, and while I love Butch Vig’s drums, they were absurdly dominant. I’ve been to dive-bar shows with a better balance in the mix. 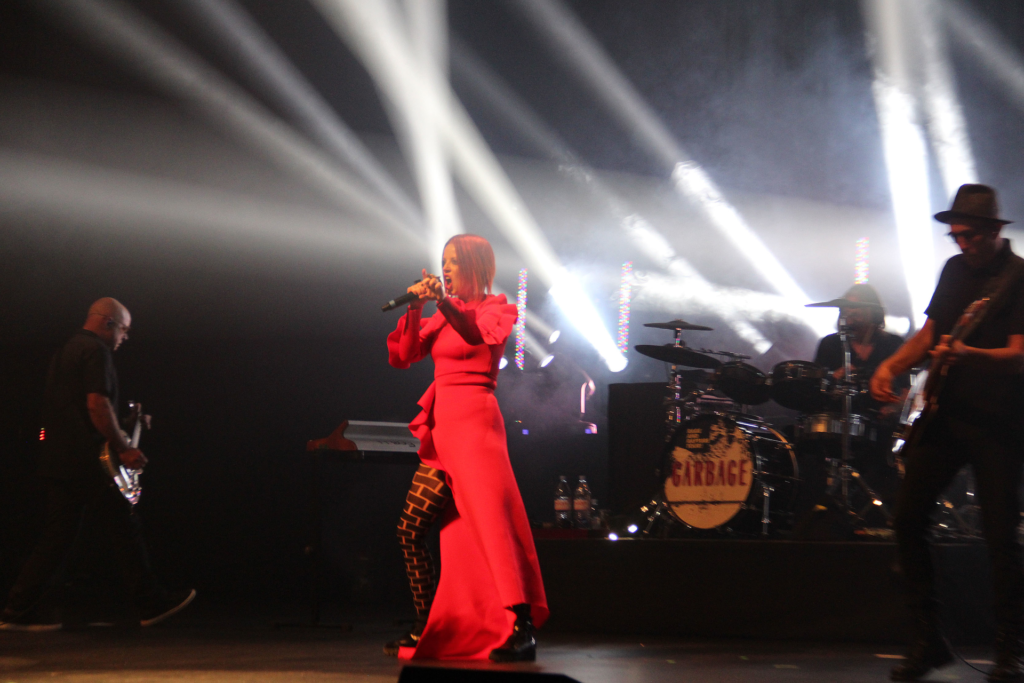 It got better, but it was rough going for a bit — “#1 Crush” relies on its move from subtle to bombastic, and bad sound could’ve ruined it, but the mix finally kicked in. The rest of the set was ultra-tight dance-tinged alt rock, and while the songs off the latest record were received well, the hits were what had the crowd on its feet and singing along.

Even Though Our Love Is Doomed

The World Is Not Enough

Only Happy When It Rains 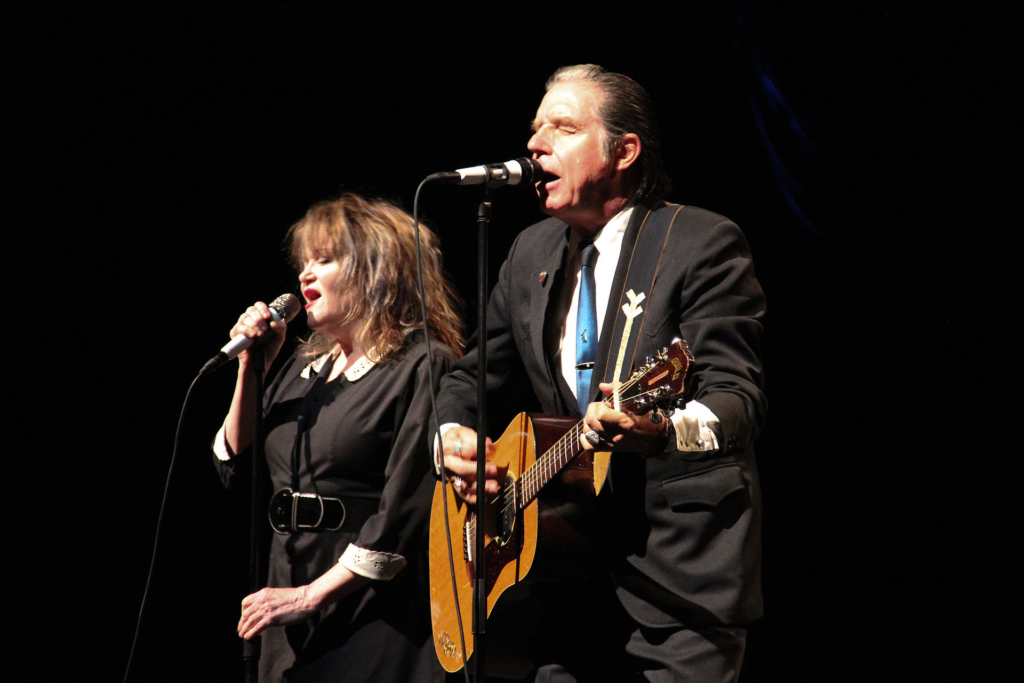 X’s John Doe and Exene Cervenka opened the night with a short acoustic set, kicking off with the rather appropriate “Burning House of Love.” The two worked their way through further songs by X, including excellent takes on “White Girl” and “The New World,” as well as old-time fare such as the Stanley Brothers’ bluegrass classic “Rank Stranger.” Here we had the bills third powerful female voice; hearing Exene’s still-forceful singing made me kind of wish we could’ve gotten a full evening from the pair.

Notebook dump: This is the second Tuesday in a row where I’ve watched someone play a keytar.