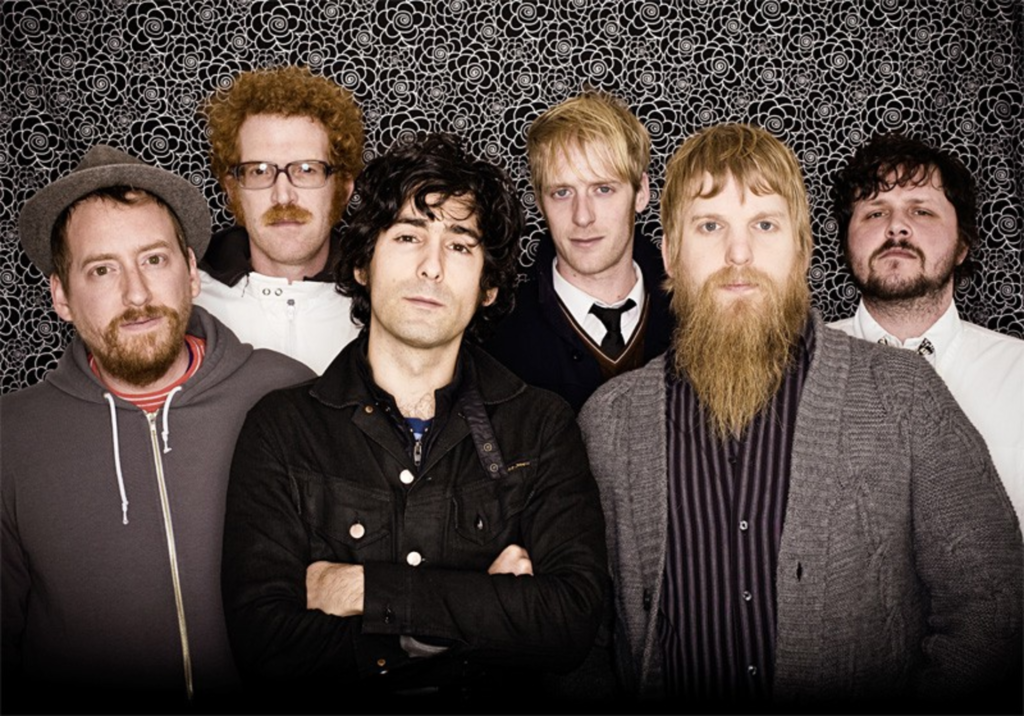 Lady Liberty should adorn Blitzen Trapper’s album covers, and so should this remixed inscription: Give us your old, tired genres yearning to breathe anew. The Portland sextet has been quilting together hard-to-pigeonhole blends of American music for a decade, but the band hit the critical sweet spot with 2008’s Furr. That Sub Pop debut offered a polished collection of influences, focusing on artsy roots pop with echoes of the Grateful Dead, Neil Young and the Byrds. Before that, the self-released Wild Mountain Nation was much more woolly, with the band plucking sounds from Southern rock, alt-country, psychedelia and feedback-laden indie rock like kids fingering through a used-record bin. It’s no surprise that Blitzen Trapper’s latest, Destroyer of the Void, again widens the scope, from the harmony-soaked title track to Southern-fried soul (“Love and Hate”) and baroque pop (“Laughing Lover”). The album is the mark of a band that is as restless as it is adventurous.