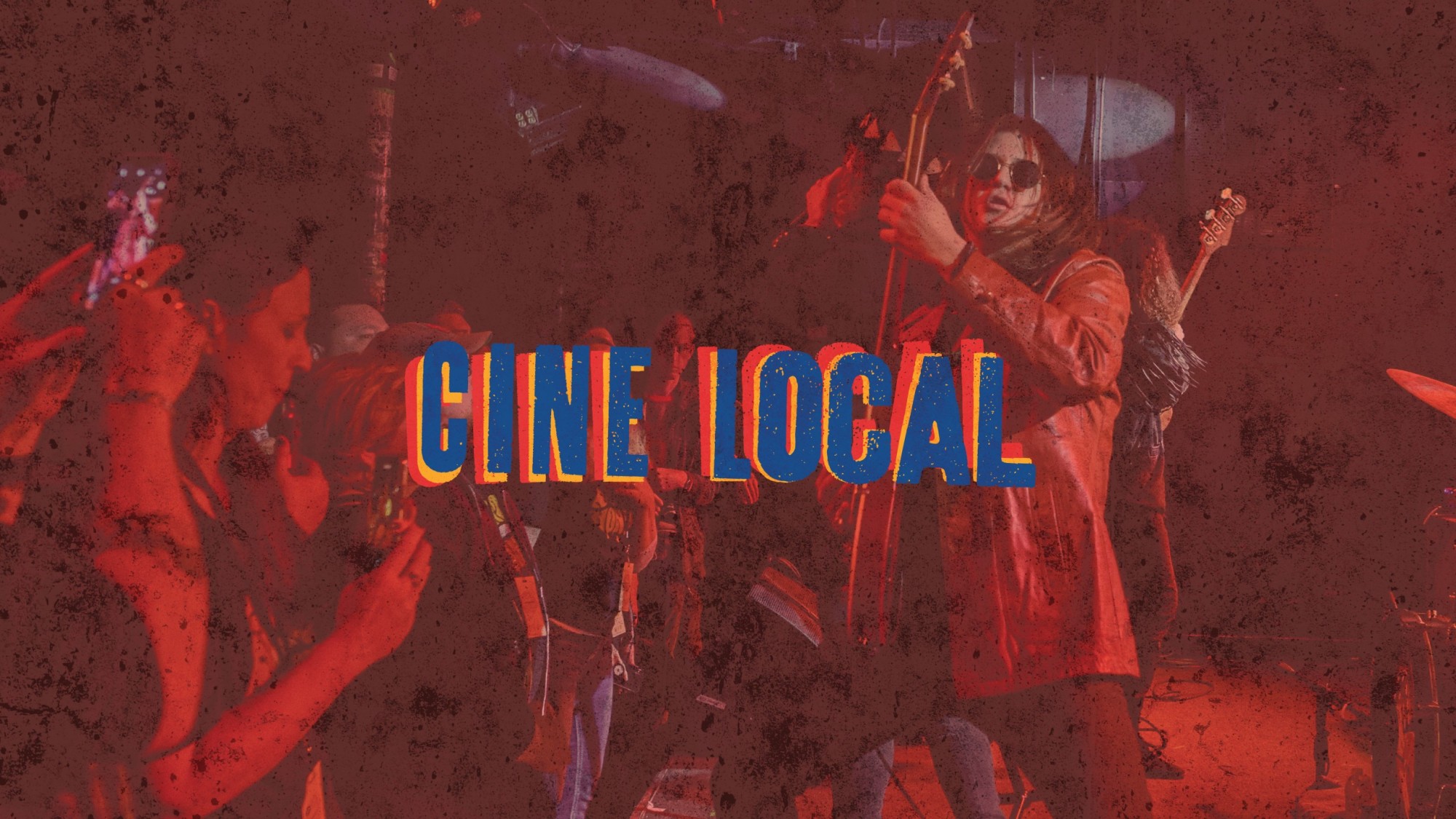 We’re starting off 2021 properly, with a series of videos whose musical messages walk a fine line between backward reflections and looking forward to a new year with new goals. While there might be some brutalist black-and-white imagery within this collection, our first Cine Local of the year also presents you with some brightly-colored eye candy, as well.

The latest video off Blackstarkids’ Whatever, Man plays like a combination of teen romantic comedies Can’t Hardly Wait and Say Anything, replete with party scenes and music outside a bedroom window. At this point, it seems like the band is going to put out a video for every song off the Dirty Hit release and frankly, we’re totally fine with it. Like Deiondre sings, “I wanna feel this way forever,” and what better way to keep rediscovering the album than to see and hear it through new eyes and ears?

While braggadocious to a huge extent—rapping while in the back of a limo, for instance—Big Rob Savage’s latest leans hard into positivity in a way that’s definitely needed. As Timothy raps at the outset, he’s not just doing what he does for him, but to provide a future for his kids and the hook of “Everything I’m doin’s right, right now” is a mantra we could all stand to repeat ourselves. Vandalizm Veezy’s verses about scraping jelly jars and cooking ramen provide a counterpoint that certainly hit close to home for me, as well.

You can stream My Life Like A Grizzly on Spotify.

From the duo’s full-length Center Cut Records album, Wild Echoes, comes this laid-back summertime jam. It may be winter now, but this track will readily warm you up. Name-checking India.Arie, the Notorious B.I.G., Tupac, and Anderson .Paak, the litany of porch-worthy, cookout artists fits right in with the smooth groove. Crank this up, get the screen as close to your face as possible, and sit in the sunshine coming through your window to get maximum warm-weather vibes.

You can snag Wild Echoes from the Center Cut store.

Made with members of Lee’s bands the Broken Arrows and the Jubilee Mystics, along with various other local notables, A Belated Legacy pays tribute to those the local musician (and host of KKFI’s Signal to Noise) has lost. In particular, this video and song are dedicated to the memory of Lee’s late wife, Caroline, who passed in 2019. Shortly thereafter, in early 2020, Lee contracted Covid-19, and after making it through it all, he created A Belated Legacy, “sequenced […] to tell a story.” It’s a rough but ready collection of 11 songs which are sure to ring true with anyone who’s ever lost someone.

Nada Es Sagrado is the debut LP from Kansas City’s Mentira, released last month on Seattle’s Iron Lung Records. As the label states, the album is “powerful and manic and explosive,” as is this track, which will punch you in the fucking face. Frantic in its intensity, “Culpables” is paired with a set of abstract visuals from which you can draw your own conclusions, rather than setting out any sort of outright narrative.

You can snag Nada Es Sagrado from Iron Lung’s Bandcamp.

Man, the 12th Street Bridge is popular as hell for videos, isn’t it? Directed by Kate McFerren and Christopher Commons, the video for Seon’s 2019 single, “Never Be Alright” taps into a common theme we’re encountering in this roundup: working through your shit to find something that keeps you going. As we swing out of the dumpster fire which was 2020 and into the uncharted territory of 2021, the repeated imagery of heads in hands and the lyrical content about dealing with depression might hit a little too hard for some, but the way the musician taps into the very familiar ideas of quitting drinking or drugs, only to find that reality hits way hard—that’s something someone might need a little of these days.

Not for nothing did our own Aaron Rhodes name Spine’s L.O.V. (along with Mentira’s album) as one of “Five Kansas City punk and hardcore records from 2020 that you need to own.” As you can tell from these two back-to-back tracks, the sound is perfectly suited to the footage of a snow-covered deserted road, strewn with bodies.

You can snag L.O.V. on a variety of formats from the Bridge Nine store.

Kansas City’s Gravelord returns with Dement, their first album since 2018’s Vessels of Innards. As you can tell from “Under,” which hits at the midway point of the just-released EP, the band’s still hitting that sweet spot between black metal, death metal, and groove. You can definitely slam to this, but nodding your head isn’t out of the question, either. The video plays out like a metal version of The Poughkeepsie Tapes or something from Henry: Portrait of a Serial Killer, and given the brutality of those riffs and vocals, it’s a perfect fit.

You can stream Dement on Spotify.

Kye Colors, “Talk About It”

Happy New Year, indeed. Dropping on January 1, this sets the bar for 2021 high as hell. Kye Colors videos are always top-notch, but this might be the best one yet. The team of director Quincy Lee, assistant director Sam Kulikov, DP and colorist Stephen Hancock, and editor Kendu means that you have this gorgeous—I repeat, gorgeous—imagery paired with the most elastic delivery the rapper has thus far brought us. It’s a Technicolor treat for the eyes, the track bumps hard, and that kid has moves.

Also hitting at the start of 2021 comes the latest from Zarin Micheal. Thanks to director Davin Jeremiah using some clever editing, we’ve got the rapper appearing with himself in conversation. Calling it a set of resolutions might be a stretch, but Micheal’s litany of empowerment and betterment strategies definitely comes across as a straight-up plan for self-improvement, and a roadmap for those looking to change up what they do: savings account, therapy, no more drugs.

The oh-so-short track from Khrystal is paired with this simple effective video from director Katheryne Johnson. Running the video backward results in imagery which pairs with the lyrical content in clever ways, and the Diana Ross and Kanye West LPs on the table next to the singer are a nice nod to her influences, as well. There’s a lot to take in during the less than 90 seconds this runs, so definitely give it a few watches to see all there is to see.