A gift guide for the pissed off 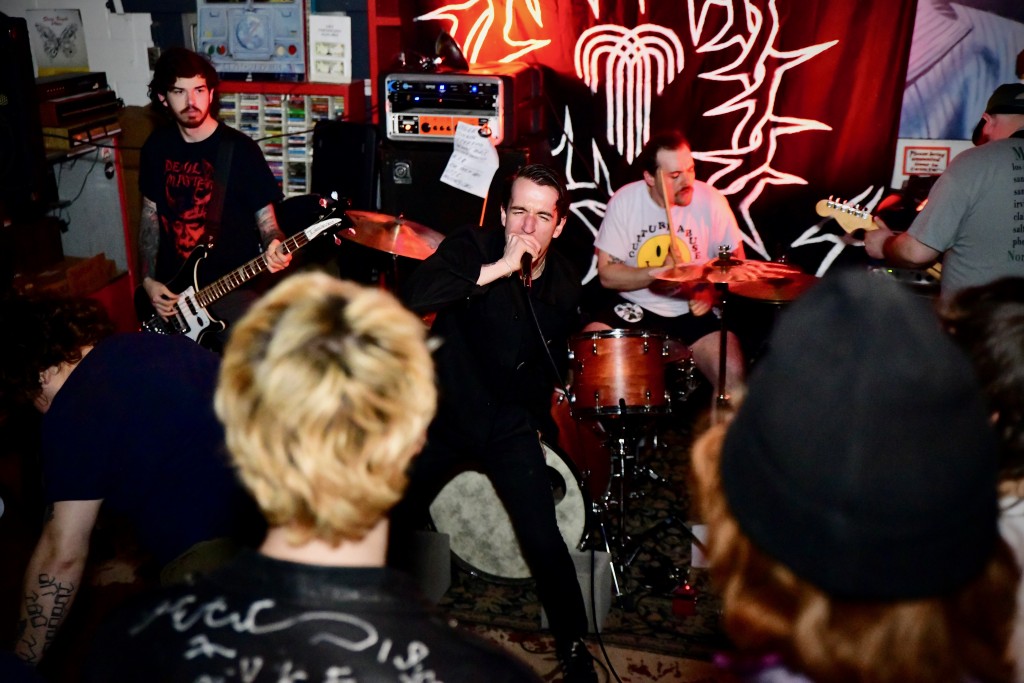 Devils Den at Revolution Records in 2019. // Photo by Aaron Rhodes

One of the stupidest, shittiest years in modern history is coming to a close. Among other tragedies, dorks like me were only able to witness one-fourth of the music concerts that would have occurred during a normal lap around the sun.

Thankfully, however, while live gigs came to a halt mid-March, Kansas City’s punk and hardcore scenes still managed to produce some highly essential records. Below are five releases from this year that every local punk rocker and hardcore kid should own. Buy one for your bratty little niece or nephew this holiday season to piss off your sibling and aid in the corruption of the next generation. 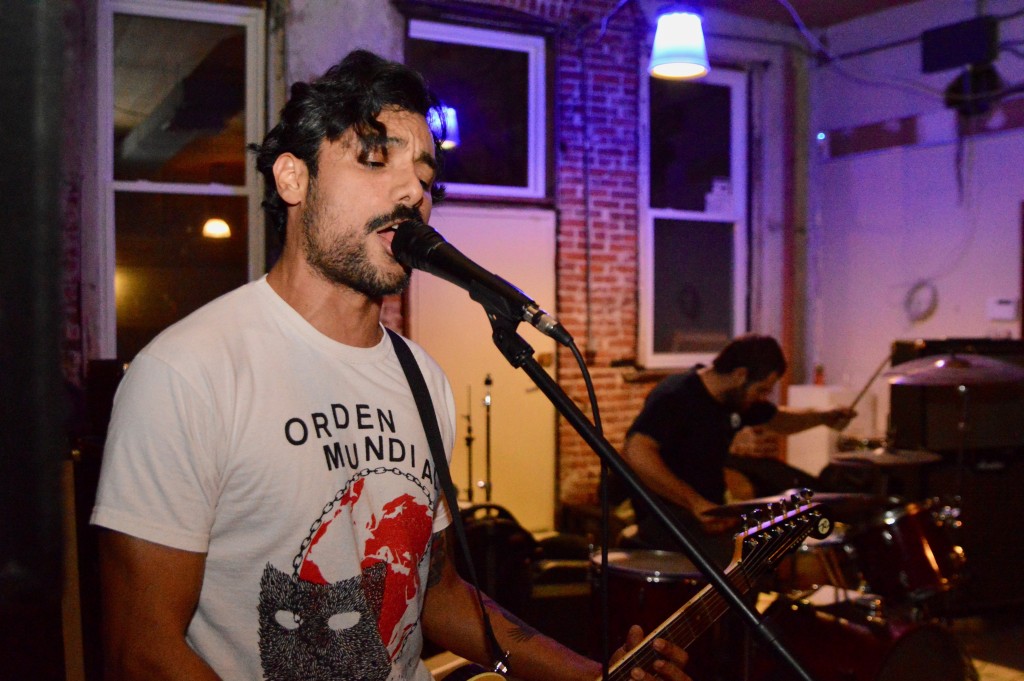 Born in 2016 after vocalist/guitarist Ricardo Flores moved to Kansas City, Mentira has become one of the area’s most consistently thrilling and interesting bands to both watch live and listen to. Hold a looking glass up and study Flores’ thoughtful and anthemic lyrics, drummer Anthony Manganaro’s disciplined chops, Flores’ and fellow guitarist Diyana Xross’ dizzying riffs, and bassist Josh Holloway’s motoring grooves. Alternatively, you can just fucking dance to it.

Following a self-released demo and a 7” out on Thrilling Living, Mentira found a home for its debut full-length on prolific Seattle punk label Iron Lung Records. Nada Es Sagrado sees the band conquering the LP format—a daunting task for many hardcore acts. It’s not much of a surprise though considering how inventive the band has proven itself to be in the past. Elements of punk and hardcore imported from scenes around the world comingle on each song; Latin American rhythms, Spanish psychedelia, and an aggressive drive most popular in places like Sweden, England, and Japan. Aged record nerds and unlearned youngsters alike should love this album. 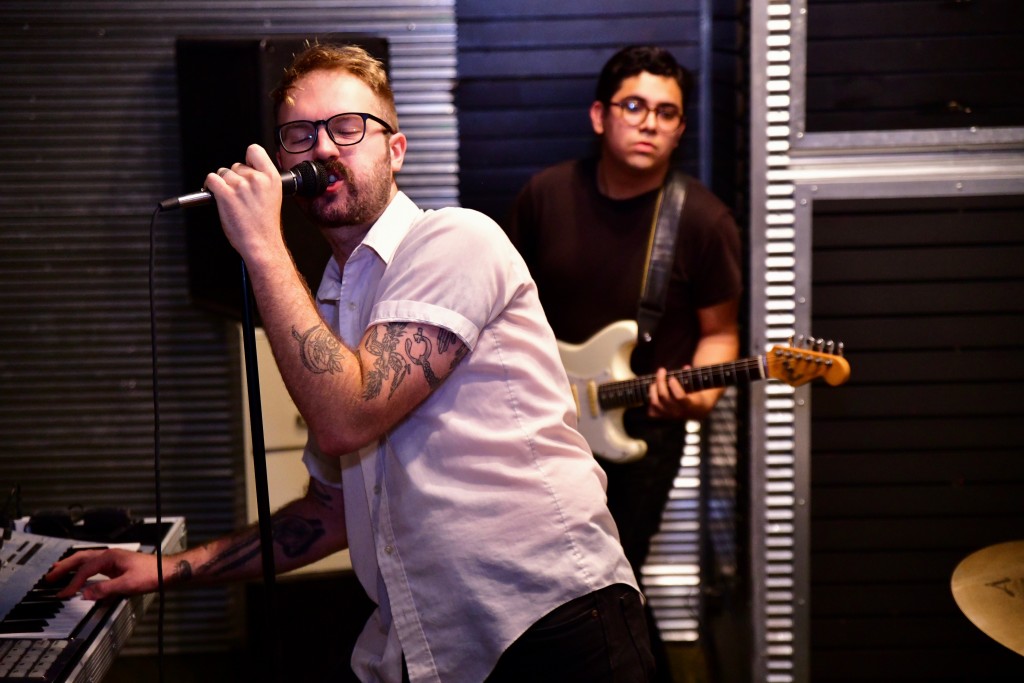 For those reading who don’t like their punk music so harsh and hard, Uncanny Valley is the pick here for you. The band began as a recording project of vocalist/multi-instrumentalist Ian Flowers, releasing an eight song, self-titled tape back in 2016 before recruiting a crew of like-minded musicians and playing their first shows. Area post-punk fans were quick to adopt the band and have been patiently awaiting this follow-up ever since.

False Brother’s first record written as a group doesn’t disappoint. Still intact are the murkiness and moodiness that made the first release such a hit, drawing inspiration from the genre’s late seventies and early eighties classics without ever feeling derivative. Also present again is Flowers’ poetic prose, gothic in its essence and delivery, but crafted to include imagery updated for the digital age. What arguably makes Uncanny Valley a superior record to its predecessor is a level of warmth in its writing and production, perhaps thanks to the members that have joined since the debut. The guitars on the album’s title track are—and there’s not really another way of putting this—straight-up sexy. 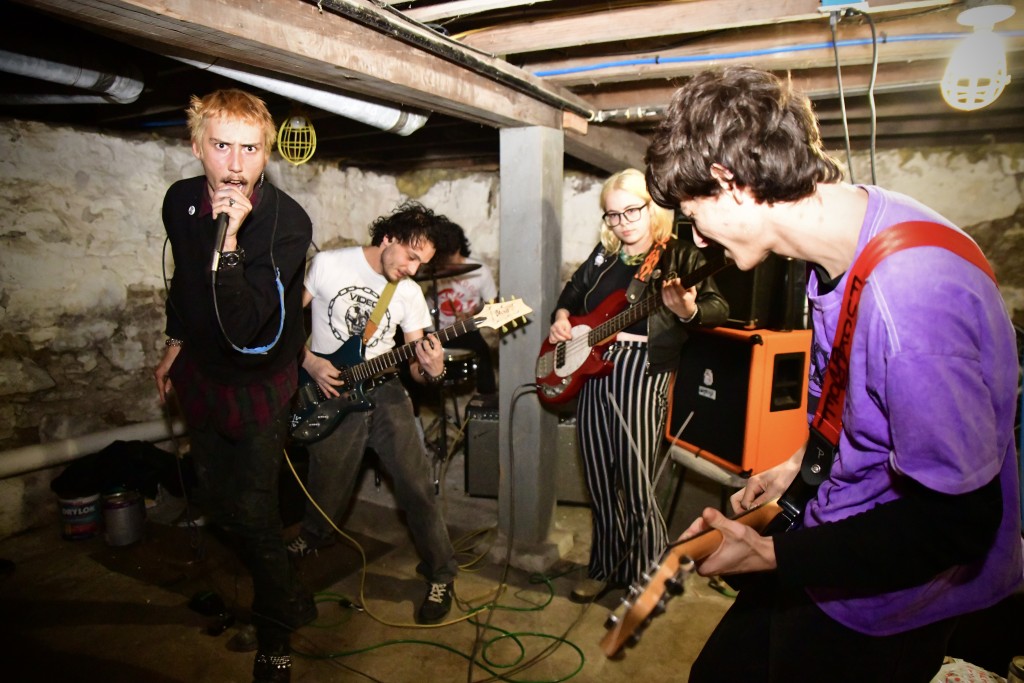 Loss Prevention at Wayne House in 2019. // Photo by Aaron Rhodes

Loss Prevention – Shoot To Kill (out now via 11 PM Records)

Kleptomaniacs, ADHD rockers, outcasts, and miscreants rejoice. Loss Prevention’s vinyl debut is here. It was only this time last year when the band played its first show and released its demo tape. Five short months later, buzzing Richmond, Virginia DIY label 11 PM Records issued Shoot To Kill (which has already gone to its second pressing). In addition to being the first vinyl release for the band, it’s the first time any of its members have heard themselves on wax.

There’s good reason why this platter is flying off the web store shelves. Shoot To Kill packs four songs in six minutes, here and gone before you know it, ready to be replayed to your heart’s content. Vocalist Jacob Martella’s grim, dead-eyed accounts of substance abuse, vandalism, and violence are concise and photorealistic. The first fifteen seconds of the EP consist of feedback and a “Big Takeover”-style buildup. After that, the band lurches into high gear and never looks back. Think early Touch And Go Records, but a little more evil.

Devils Den at Revolution Records in 2019. // Photo by Aaron Rhodes

Combine the burly, brutish nature of East Coast hardcore bands like DYS with the lightning-speed nihilism of Japanese punkers like Bastard and you’ve just about got yourself a Devil’s Den record. Rising from the ashes of its members’ previous act, Blindside USA, Devil’s Den released its first two EPs in 2017 and 2018 before prepping for their debut LP back in late March.

Over the last few years, musicians and fans alike in the world of DIY punk and hardcore have begun to critique the overuse of reverbed vocals. Detractors say they’re often used as a crutch for lazy or timid singers, but Max Chaney is neither of those things. Chaney’s energy is nearly unmatched and his writing filled with sharp, misanthropic missives. Instead of masking any inadequacies (or the lack thereof) on Barbed New Religion, the reverb simply ratchets up the atmosphere from that of a hardcore fan’s dream to its own sort of nightmare realm. Chaney’s bandmates, who combined hold about two or three decades of experience, have never sounded tighter. 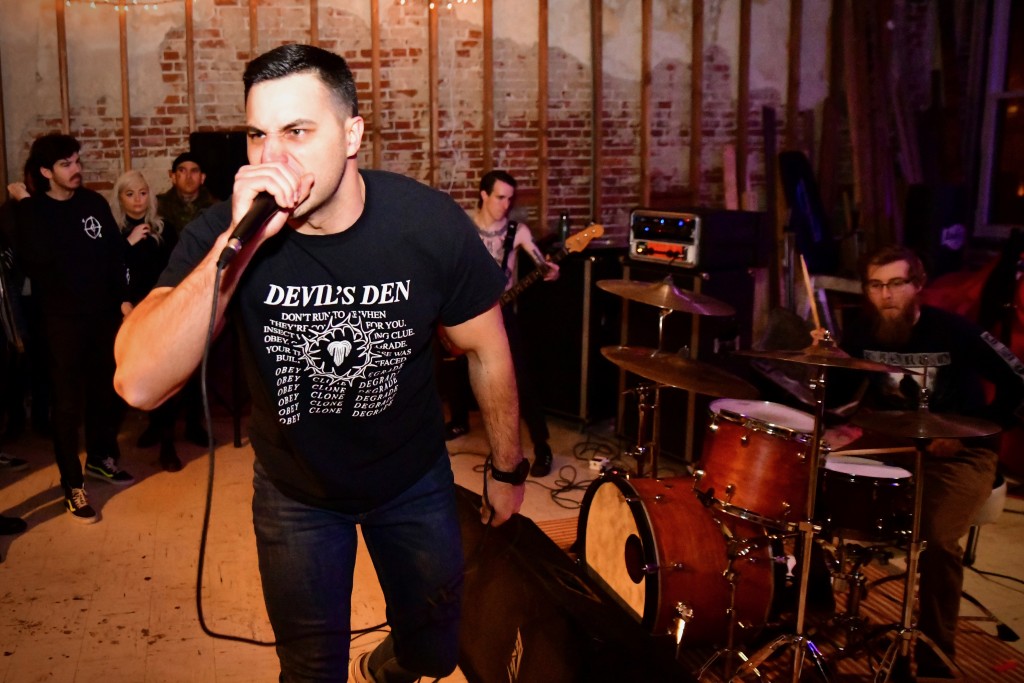 Spine Crew, where you at? Perhaps Kansas City hardcore’s most accomplished outfit of the last decade, Spine is the scene’s de facto ambassador on the national stage. Since its 2011 demo, the band has been touring frequently, playing sought-after slots on American hardcore’s premier festivals, and releasing some of the meanest records money can buy.

On L.O.V., a 12” EP and the band’s second release through the highly influential Bridge Nine Records, Spine continues its tradition of constructing songs that feature a heavy-duty fusion of West Coast powerviolence and East Coast hardcore. I’m not the first—and I likely won’t be the last—to call singer Antonio Marquez’ vocals demonic; an exceptional hardcore frontperson should inspire at least a touch of fear in their listeners. A small, but welcome addition to L.O.V. is the presence of two samples from salsero Hector Lavoe. These samples serve dual purposes by both breaking up the record, giving listeners a chance to catch their breath and allowing them a glance into the Cuban-American culture that has inspired Marquez’ lyrics on this record and past releases.