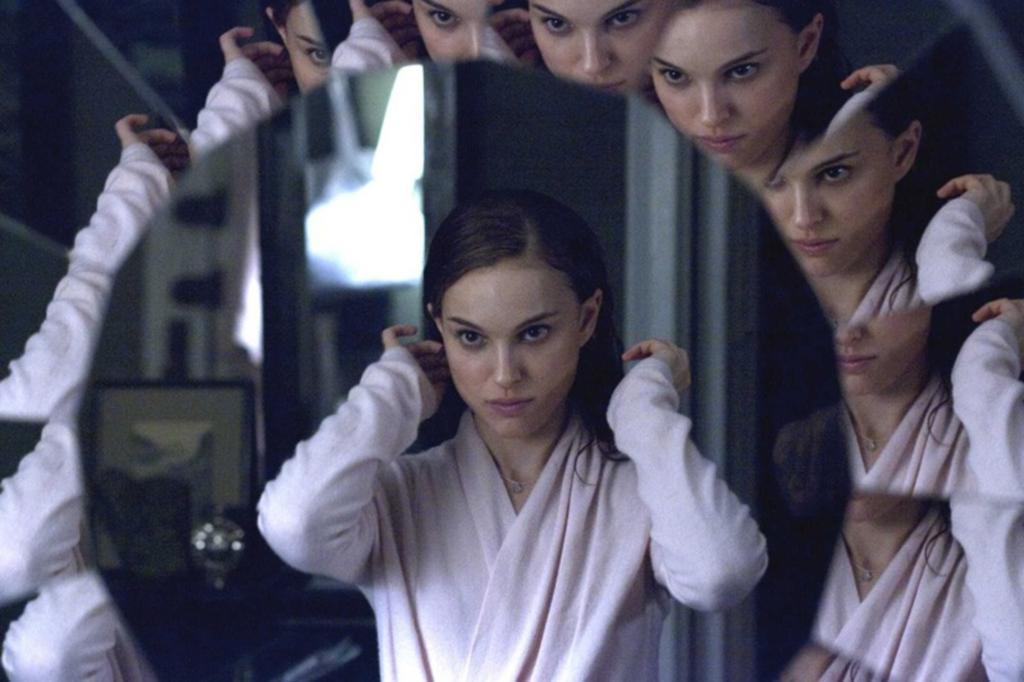 A nearly irresistible exercise in bravura absurdity, Darren Aronofsky’s Black Swan deserves to become a minor classic of heterosexual camp — at the very least, it’s the most risible and riotous backstage movie since Showgirls. Tchaikovsky’s Swan Lake has had a spooky quality at least since Tod Browning appropriated a few bars of it to introduce his 1931 Dracula; Aronofsky takes that creep factor all the way to the moon.

Black Swan is a Red Shoes/Repulsion/Carrie mash-up. At the same time, the movie is recognizably Aronofsky’s in its strenuous, sensationalizing goofiness. This epic actualization myth is a distaff version of The Wrestler, equally saturated in gore-soaked, self-mutilating histrionics.

And like The Wrestler, it’s an acting vehicle, existing to document a highly physical, totally immersive performance. The movie is propelled by Natalie Portman’s game determination and near excruciating anxiety as Nina, a dogged, delusional, mildly masochistic, possibly virginal, and severely repressed ballerina plucked from the ensemble to dance the Swan Queen and, as customary, her evil twin in a new vision of Swan Lake concocted by the sleaziest ballet master to ever slime Lincoln Center (Vincent Cassel).

Frequently heard to whimper that she just wants to be perfect, Nina is one tense chick. But, really, who could blame her? Projecting her shadow all over the Upper West Side, the tremulous child is stalked and brutalized off- and onstage, as well as in her dreams; she’s taunted by trolls and hobgoblins as she scurries home to the apartment-cum-haunted house, a veritable nursery for Rosemary’s baby that she shares, under the name “Sweet Girl,” with her scary, infantilizing mother (Barbara Hershey, with hair pulled tight to pop her eyes, and so witchy she should be standing in a pool of Morticia Addams goo).

Navigating the clattering subway of terror and twisted catacombs of Lincoln Center, Nina fights bravely for her role. She bites the ballet master’s arrogantly curled lip; he then tells Nina to practice “touching” herself at home. The sweaty Sturm und Drang surrounding Sweet Girl’s first orgasm is a production number in itself.

Aronofsky has a fascination with the minutiae of physical training, but in the end, Black Swan is all about penetration, blood and psychosis. Mind games multiply en route to Nina’s inevitable swan song. The prima ballerina whom the youngster replaced (Winona Ryder) has cast a malign spell on her, and Nina is beset by a sexually confident rival (Mila Kunis) from faraway San Francisco who tries to steal her part — or maybe her heart — during the course of an Ecstasy-crazed after-work bacchanal.

Even worse, Nina is afflicted by mysterious, running-sore stigmata, some of it self-induced. Tormented by mirrored doppelgängers and her mother’s expressionist canvases, her brain is fried well before she goes totally goth girl for the climactic witches’ Sabbath.

Despite (or perhaps thanks to) Aronofsky’s shock cuts, zap hallucinations, off-kilter framing, moody chiaroscuro, and repetitive creepiness, Black Swan is something like a 100-minute swoon. The camera lurches, leaps and pirouettes; in some scenes, it feels as if it’s being tossed around the stage along with Portman. Kitsch this bombastic becomes something primal.