Black-owned brands are overdue for their spotlight 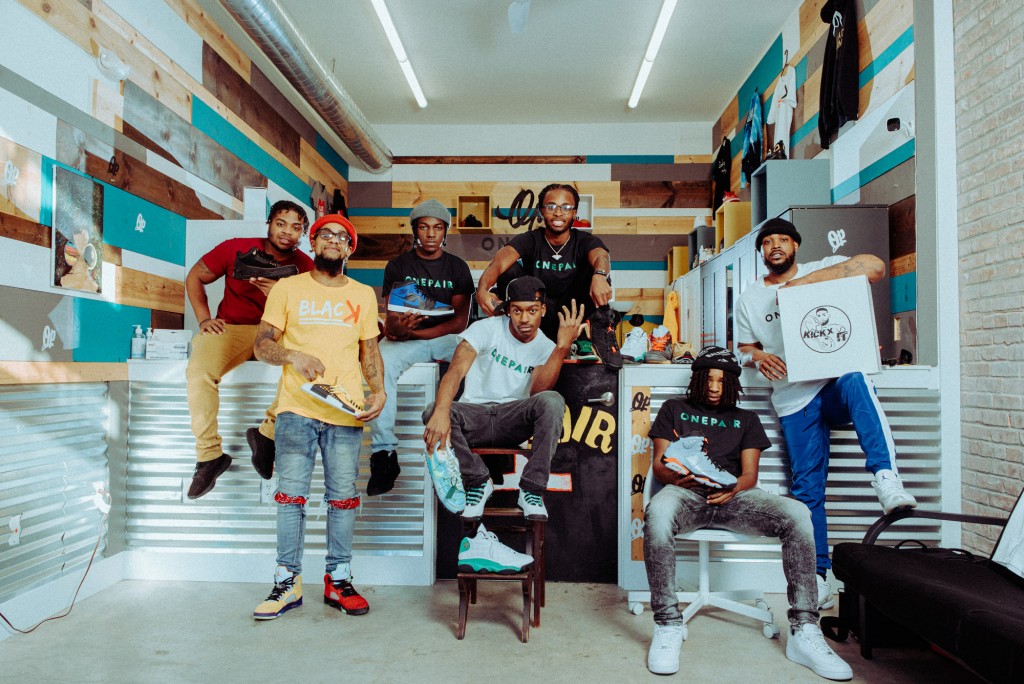 To the mainstream consciousness, style can be an abstract representation—ranging from opulent to odd, depending on where you are looking. Fashion-wise, the urban core of Kansas City does not differ much from other inner-cities. KC’s scene has been in a constant state of metamorphosis over the past few years. Homegrown innovators and pioneers in the Black fashion community have risen up to plant their proverbial flags on the mountaintop of culture and industry.

It is important to understand the relationship between the Black community, culture, style, and fashion. There is a constant cycle of creation and innovation that takes place from the inner cities of the U.S. and works its way through the American fabric. The pattern is simple: a trend is created and takes hold in the minority urban core, next it is picked up by members of the urban white community, and then makes its way to the suburbs. 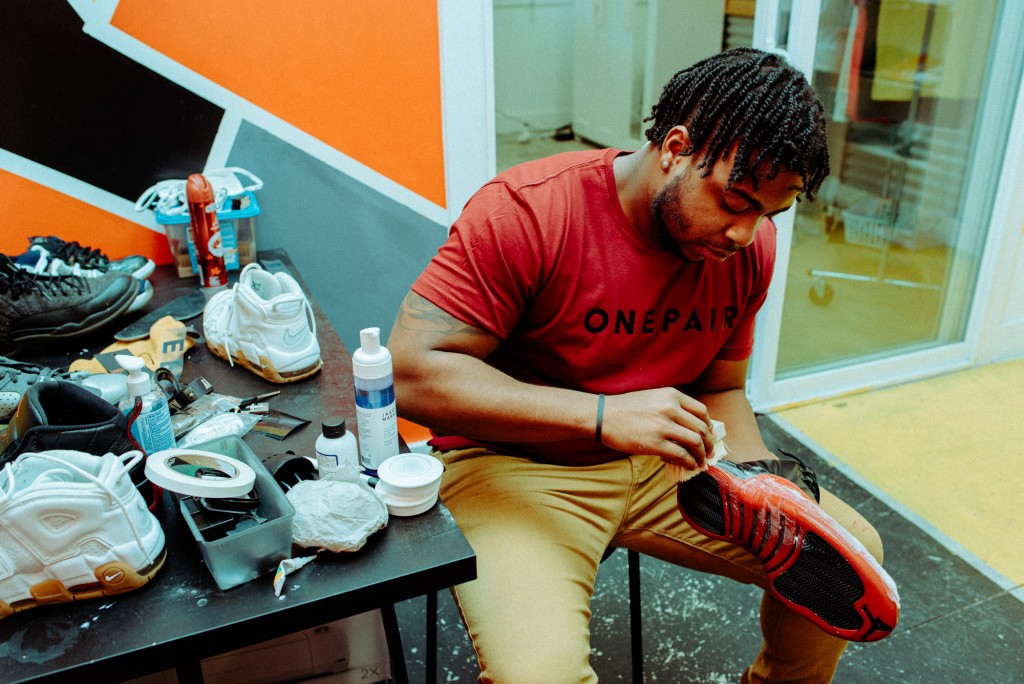 LaRon Hewitt cleaning shoes for a customer at One Pair. // Photo by Travis Young.

After the craze has been adopted by middle-aged soccer moms, the style is deemed uncool and the cycle begins anew. In this way, Black culture has stayed a vital element of deciding what’s hip, while reaping very few financial gains from the marketing of fashionable clothing. In many cases, these trends move money away from the Black community—often to high-end fashion lines. This is a detriment to an already economically struggling people.

In this day and age, the importance of buying Black and the Black dollar have begun to take root in the Black psyche. Kansas City’s urban core is building a community of future fashion icons to channel those funds back into much-needed areas of the city. 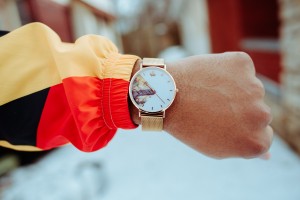 If you grew up in the Black community in Kansas City, you would have seen a constant evolution of diverse styles creeping in from New York, Los Angeles, and other cities. For the longest time, the community was missing that spark of originality that defined KC. That is until pioneers started to take chances and embrace styles and fashions outside of the Black community.

Since the 2010s, Black culture mixed with rock, anime, hippie, gamer, and other influences from traditionally off-limit intersections. This new willingness to go outside the acceptable avenues to build and add to our fashion while still creating clothing from an unapologetically Black standpoint is one of the leading factors that has ushered in this new golden age of KC urban fashion lines.

Record numbers of local clothing companies have been emerging such as Grind Addict, MADE MOBB, and Kiss My Black Azz. In addition to Black-owned stores such as Building BLACC, House of Rena, and Modish Looks Boutique giving the community unheard of options. 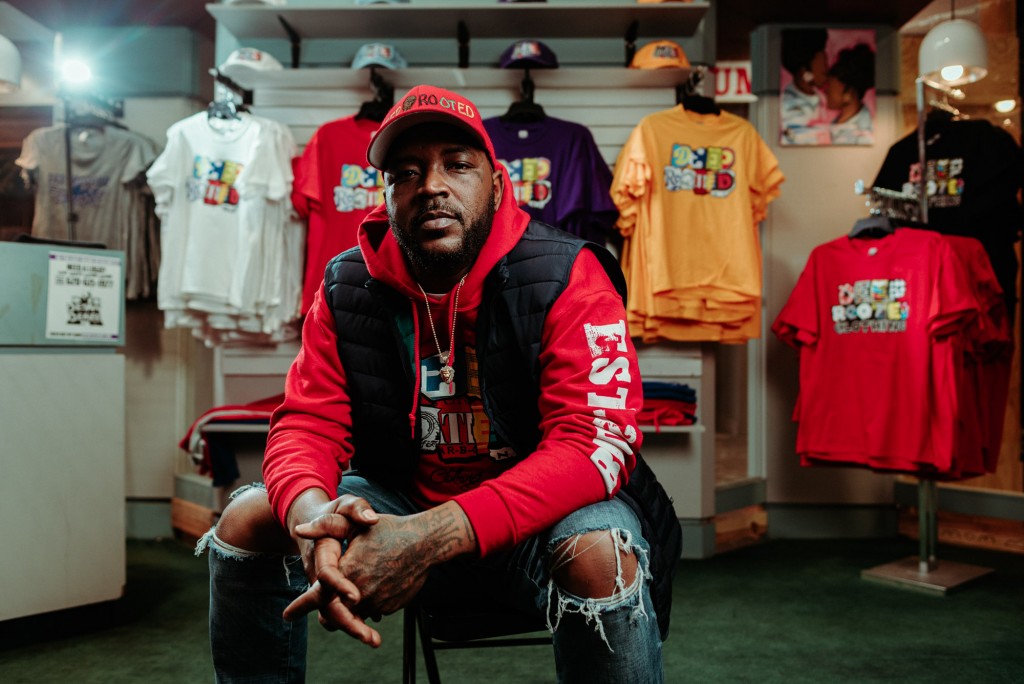 Among those leading the charge for young Black fashion trailblazers, one name you are sure to hear is Donnell Jamison and his clothing line Deep Rooted. This self-taught Kansas City native has been creating his own original take on the clothing since 2017.

“We are the culture which most influences fashion, and our roots in it runs deep,” Jamison says.

The imagery of roots and growth are prevalent throughout Jamison’s designs found at the Deep Rooted storefront located in New Landing Mall, located on the corner of Troost and 63rd St. 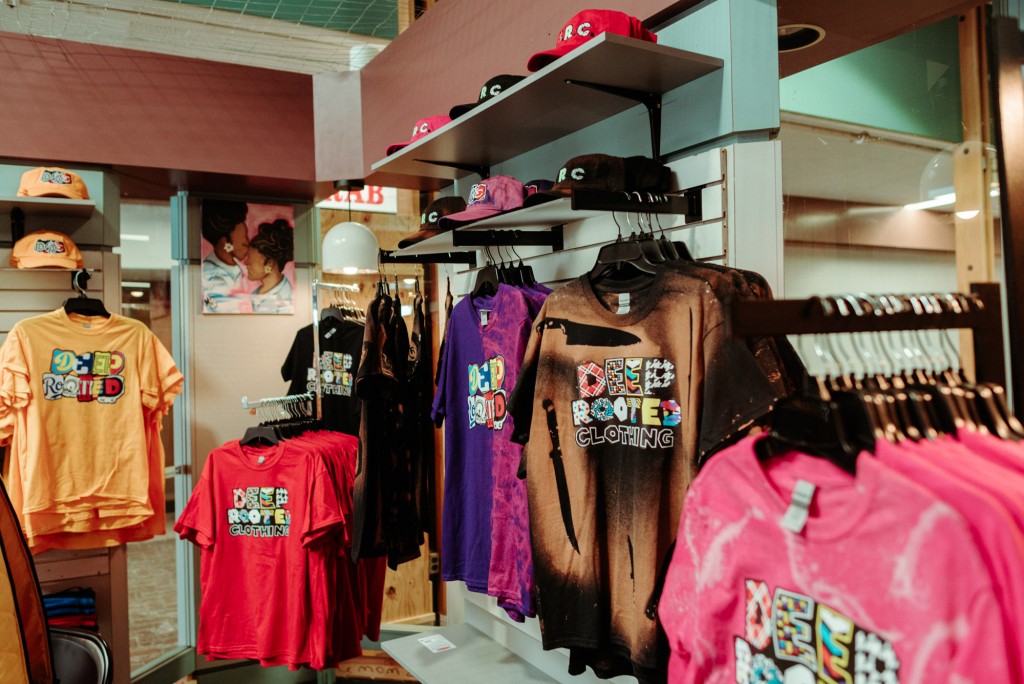 Planting his own roots within the fashion scene for the Black community is a big part of the designer’s mission in regard to his company. 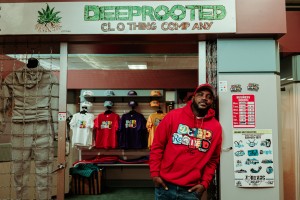 “I didn’t know until doing research on historic stores in KC that sold Black clothing that Harold Pener wasn’t a Black-owned store,” says Jamison. Harold Pener Man of Fashion, located a few blocks east on 63rd from the New Landing Mall, stood as one of the leading clothing stores for over eight decades.

Throughout the U.S., there is a long history of the absence of Black-owned clothing stores within the community. For generations, businesses situated in the urban core have catered to the Black community, though without Black-owners, at the end of business, the Black dollar leaves and ultimately enriches every other community except its own. But that—much like Kansas City’s urban fashion scene—is also changing. 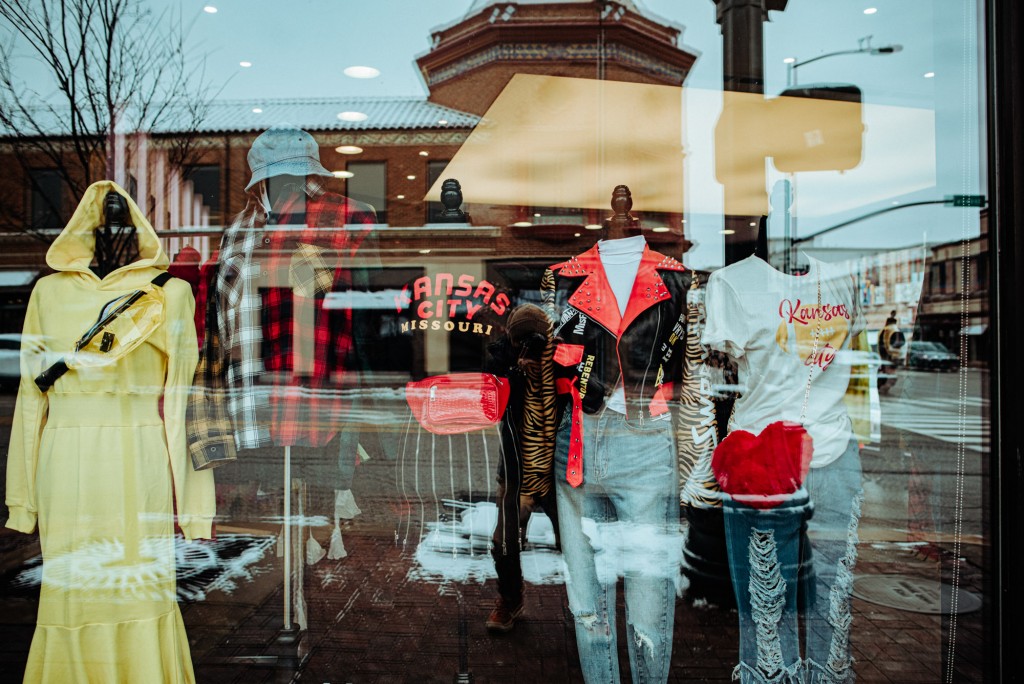 Matches Boutique is a Black, female-owned boutique in the Country Club Plaza. // Photo by Travis Young

Tynesha Matches is the founder of Matches Boutique, a predominantly women’s clothing store that started as an online shop. After a foray in the pop-up business model, Matches settled its own roots in October of last year. Matches’s shop became the only high-end, Black and female-owned fashion store on the Country Club Plaza. 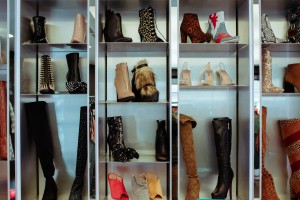 Matches says the merchandise she features are “unique, one-of-a-kind statement pieces, stuff with a lot of color.”

She curates clothing from designers found locally—such as Rhelease, a Black-owned lingerie shop, and KilaRndKiStylesss, a duo stylist team—and from others around the country.

Since Black Friday last November, Kansas City has been home to an unusual new clothing and apparel store. On 55th and Troost, next door to RevolveKC Community Bike Shop, is One Pair, a shoe and clothing store with a motto of “Everyone deserves one pair of good shoes.” The shop is created and owned by Jerren Thornhill—and a group of six kids. 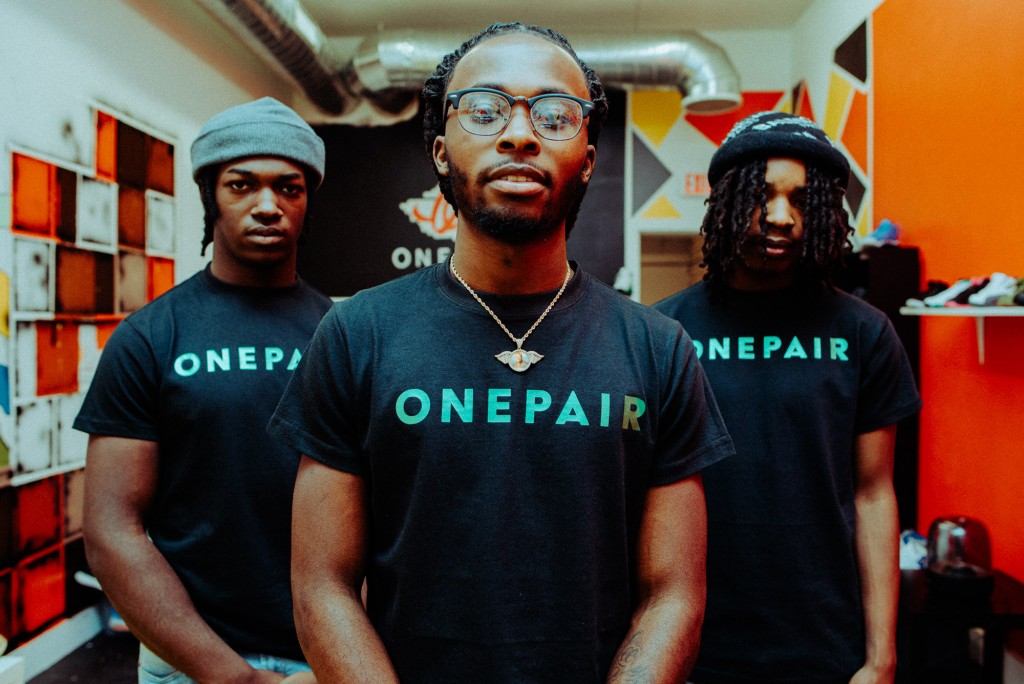 “I was a hustler as a kid and nobody showed me how to put it all together. All businesses are just hustles,” Thornhill says.

One Pair’s innovative business model selects six youths of varying ages, all from the inner city Black community, and allows them to participate in running the shop. They help determine which clothing lines are featured in the store, how the shop is decorated, and where the direction of the company is headed. 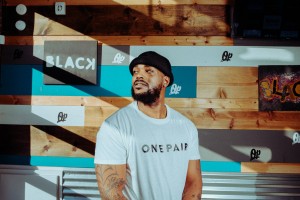 Jerren Thornhill, owner of One Pair. // Photo by Travis Young.

Along with the shoes sold in One Pair—ranging in price from $20 to some over $400—the shop is home to eight different Black-owned clothing lines from the metro area. Wyld Chyld is one of those brands. The clothing line was started by One Pair’s manager KJ Farmer, who named his businesses after a nickname given to his deceased uncle. His hoodies, t-shirts, and other clothing designs hang between lockers that line the walls of the front of the shop—each holding merchandise from different local vendors.

Thornhill and his youth executive board provide a valuable opportunity to up-and-coming and young designers to have their work featured in a location where their brands may find new audiences within and outside the community. 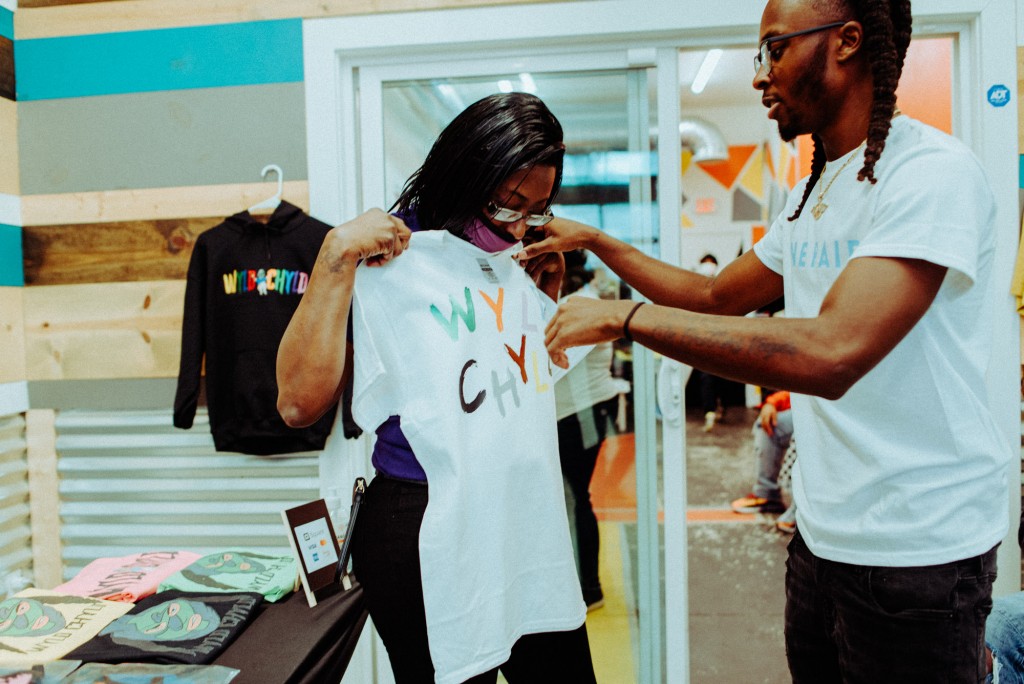 One Pair manager KJ Farmer and his mother checking out a new t-shirt design for Wylde Chylde, KJ’s clothing brand named after a nickname given to his deceased uncle. // Photo by Travis Young.

Another one of the freshly risen brands to the Kansas City urban fashion sphere is Deante Howard’s “modern Christian streetwear” brand Equris Clothing—pronounced like the Greek myth Icarus who flew too close to the sun. Howard’s online shop is made up of hoodies, jackets, t-shirts, sweatpants, and sneakers, each designed with “avant-garde, faith-based” images and messaging, and much of his clothing can also be found at One Pair. 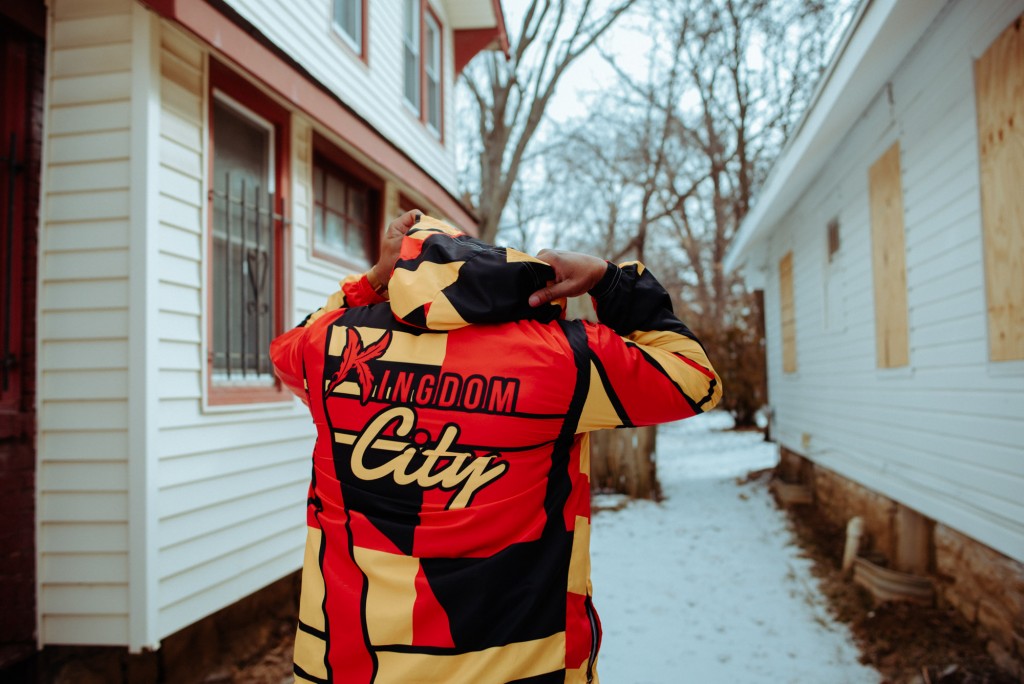 Photo by Travis Young / Deante Howard, creator of Equris Clothing, outside of his father’s house in the Blue Hills area of Kansas City, MO.

“Clothing is the first impression you can give someone, before you even say a word to them, your clothes have already said a lot,” Howard says. 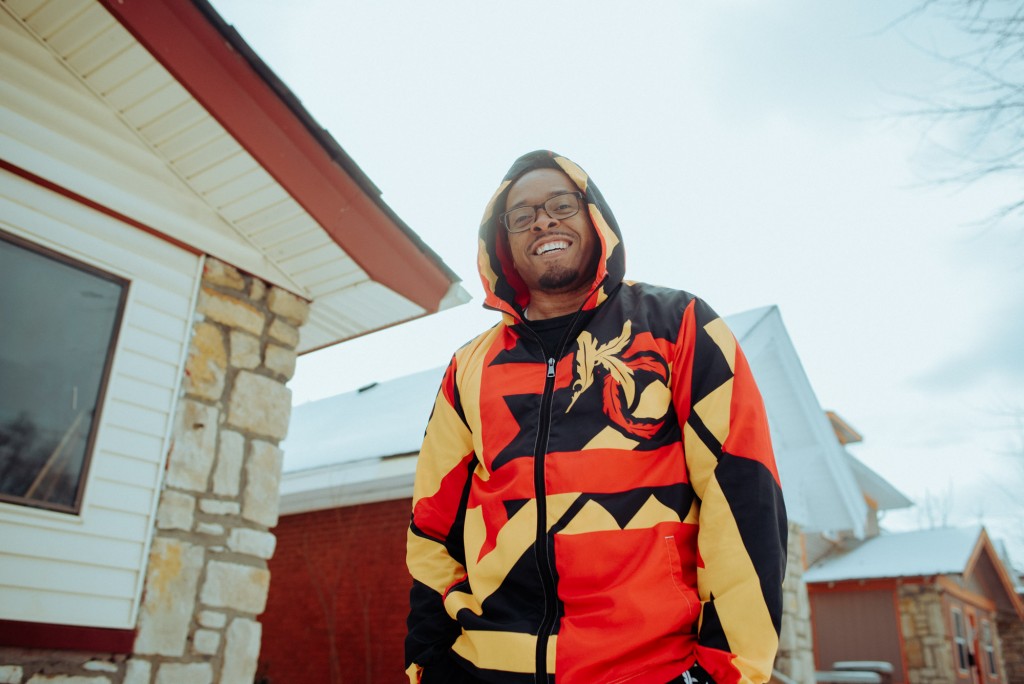 Photo by Travis Young / Deante Howard, creator of Equris Clothing, outside of his father’s house in the Blue Hills area of Kansas City, MO.

For Howard, his clothing line is meant to show that there is hope in the struggle. The bright and vivid designs share messages of optimism, with some bearing Christian scripture and religious phrases, others celebrate Kansas City. 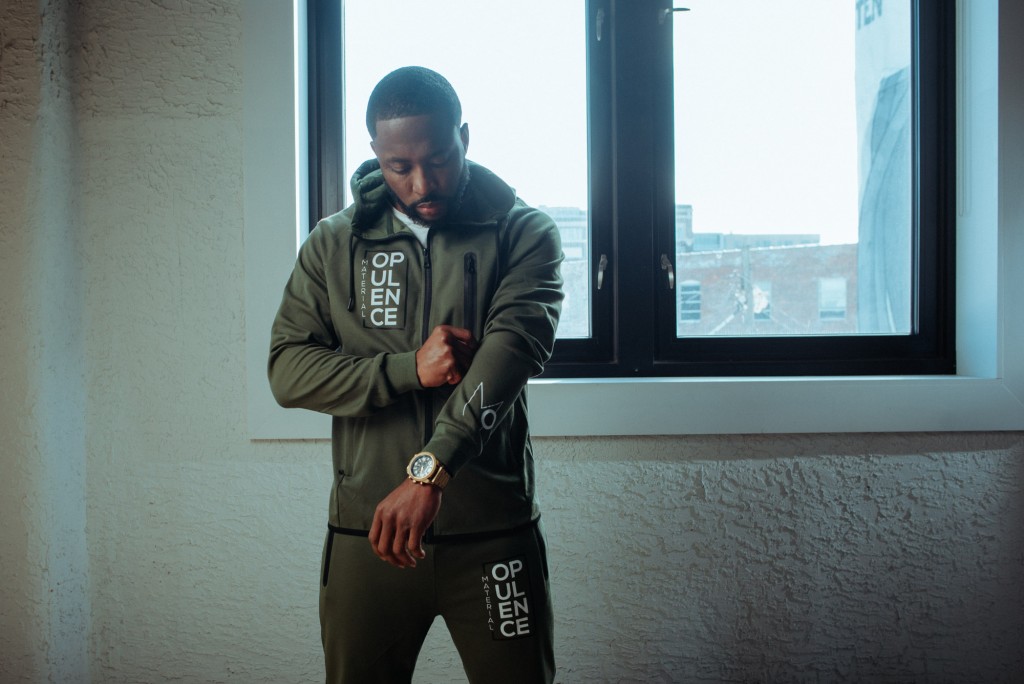 Another popular KC brand in the urban core is Material Opulence, which is also found alongside Equris on the racks of One Pair. Co-founded by Renauld Shelton III, Material Opulence was also created with the hope for something better. 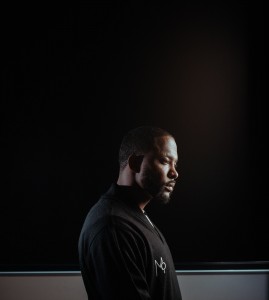 “Growing up in a town infamously nicknamed ‘Killa City’ has been a struggle,” reads the ‘About’ page of Material Opulence’s website. “Imagine losing loved ones every day. Each day, worrying whether a loved one would be killed for simply being at home or going to have harmless fun. Our struggles made us stronger, our losses made us see the world differently. However, we know growing up that we wanted better for ourselves and our families. This is why we created Material Opulence.”

Founder Shelton credits the brand’s growth to “our ability to take risk, or our ability to take an existing look and really innovate on it.” Shelton’s clothing is a crisp, clean string of apparel that bears the Material Opulence logo. Shelton shared that it’s not just Black shoppers purchasing from Material Opulence, but that a diverse range of clientele support his business. 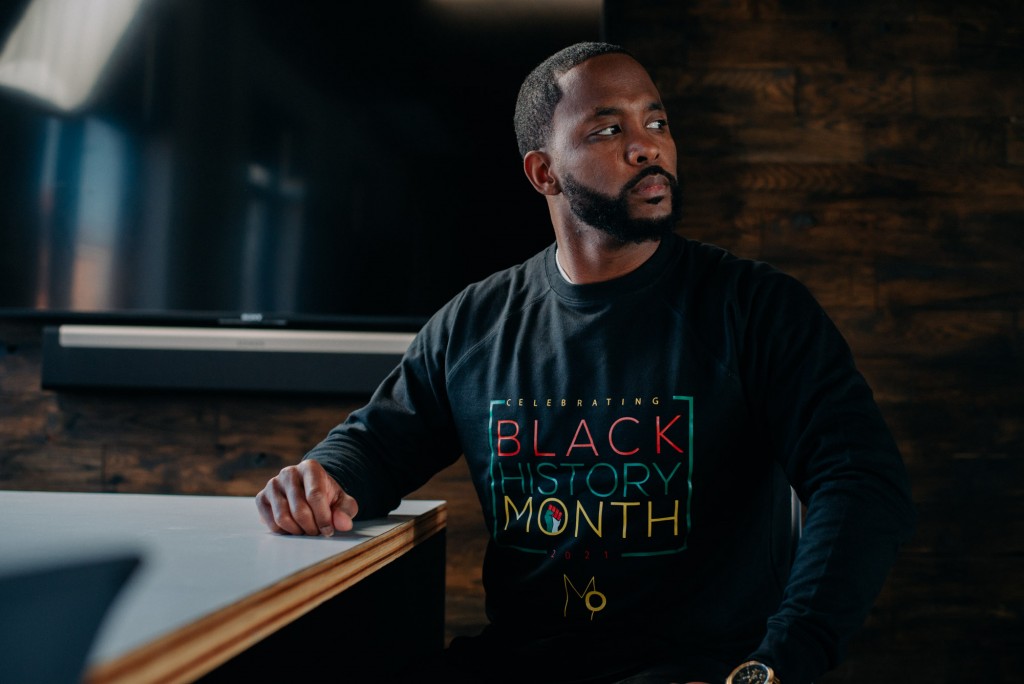 “This month we launched our Black History Month collection, which you would of course think would be more geared toward the Black community,” Shelton says. “But the first sales came in from online from out-of-town white people.”

Buying Black—keeping dollars with the Black creators who have shaped fashion trends both in Kansas City and beyond—starts with the uptick and growth of Black-owned businesses, and continues with shoppers being mindful of where their dollars are spent.

The changing scene of fashion is an often mysterious and ever-changing beast. But the Black style makers of Kansas City have fed off that uncertainty and grown substantially stronger. As times change, so must we. The era of white tees and Air Force 1s came to an end, and so shall the current trends. Our community’s surge of culture, identity, and business—all of which sprung from the chaos of the struggle in Kansas City—are ready to design the next.